Zlatan Sehovic: I matured as a player in Israel 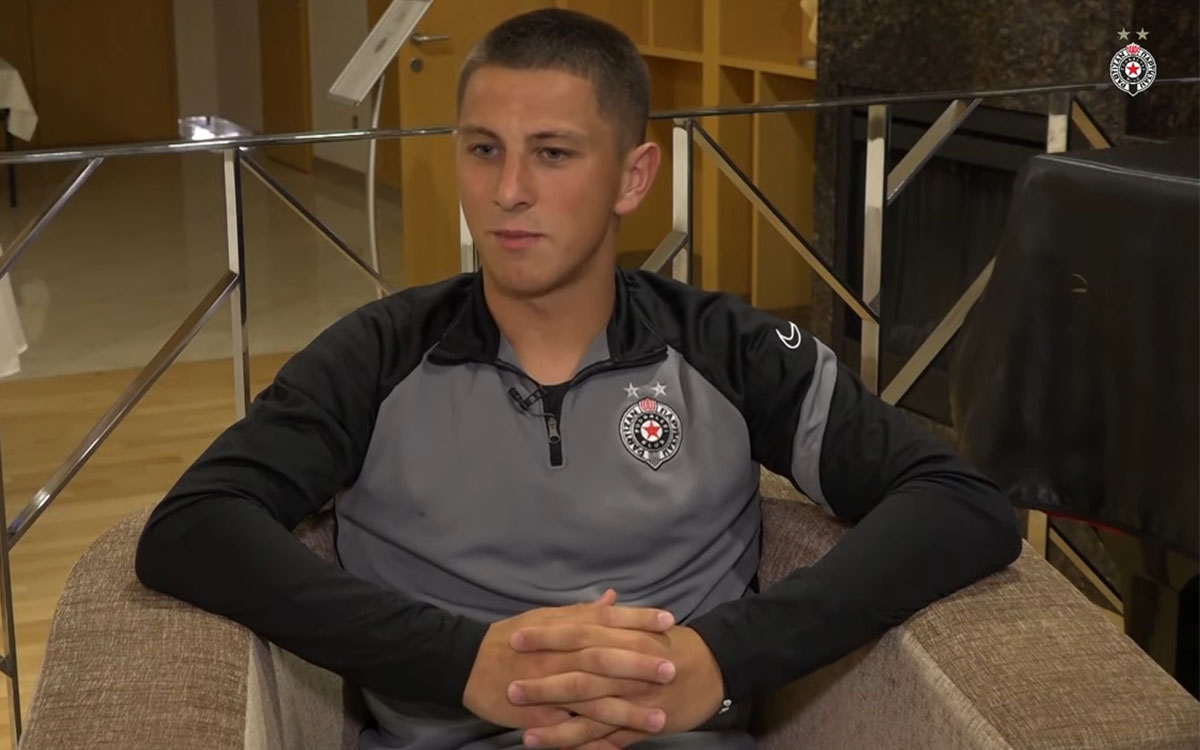 Left-back Zlatan Sehovic returned to Partizan this summer after spending two years in Israel at Maccabi Netanya. We spoke to 21-year-old in Partizan pre-season Slovenia camp.

Let`s talk about your departure from Partizan two years ago.

“I`ve been all my life in Partizan, since the age of seven, so I spent some eleven years at the club, two years with the senior team included. At the time, I felt departure was the best option for me, a move forward. Of course, I found it hard to leave Partizan and my family. I was on my own in Israel, just 19 years old. So, that was it”, said Sehovic.

Tell us about your Israel experience.

“In general, I fitted in quickly. They had Serbian manager Slobodan Drapic and he helped me a lot as well as Montenegrin international Fatos Beciraj so it made it easier for to adapt in all aspects – culture, football and life in general. I got to love Israel, learn about their different customs and interesting festivities. They like to invite you to their homes and it was all very interesting during my two-and-a-half years spent at Israel”.

“Good club, especially for young players, best in that department regarding Israel. Personally, I think I had successful time there; last season was good for the club too as we finished fourth in the league and won UEFA Europa Conference League qualifiers as a result. Moreover, I was announced best defender in the league. I worked with three coaches and I was regular in their line-ups apart from the two-month period I had to recover from broken elbow injury last year”.

Sehovic now and then…

“I advanced and matured as a player and as a person. I was just a kid when I left and being abroad for two-and-a-half years is a great experience. I`m sure I`m gonna show it all here”.

You will work under coach Ilija Stolica now.

“I worked with Stolica twice – in Serbia U-17 and U-21 teams. Simply, I have only words of praise for my new boss, I really rate him highly as a coach and he helped me a lot during my time in youth national selections. These international breaks are short but we all advanced a lot during that time. I`m really happy we will be working together again”.

Were you informed on Partizan during your spell abroad?

“I did follow football and basketball and I felt so sorry for the last football season as Partizan definitely deserved to win the title. I felt sorry for the boys as they really pushed their season to the limits”.

Your return to Partizan?

“Partizan contacted me year-and-a-half ago but it didn`t work out back then and it wasn’t up to me. We had serious talks three months ago, my agent called me about it and I told straight away what my feelings for Partizan are, how tied I am to the club and how I want to come and show how much I advanced and how ready I am for the new challenges. I was thrilled to come back here as much as I am now here at the pre-season camp”.

“We just arrived here, we did one recovery session upon arrival and two strenuous training sessions today. In general, I like how we train and how we look on the training pitch. I know most of my new teammates so it was easy for me to blend in. It`s always tough when it comes to pre-season but that`s what the preps are for. This season is very important and pre-season is foundation of it all”.

Message to the fans…

“I`d love to see them in great numbers and it`s up to us to meet the expectations this season”.