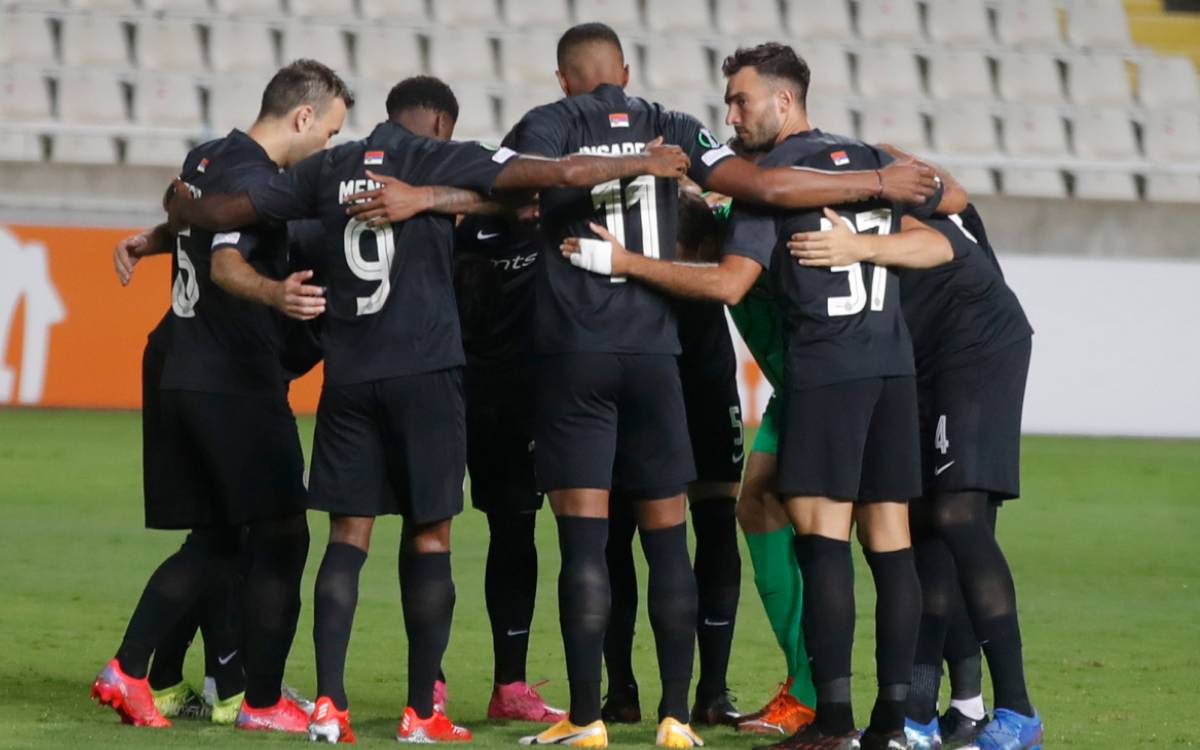 Partizan won opening game of Conference League group stage 2-0 away to Anorthosis with goals from Menig and Ricardo. We spoke to Zdjelar, Markovic and Menig after the game.

Partizan achieved a win in a first group stage game after a somewhat tough start of the match. Were you surprised by Anorthosis opening?

“We knew they were going to attack in the opening 20 minutes, that`s their style of play. But I played in Greece and it`s similar to Cyprus, therefore I knew they will pressure us early in the game. We expected that and it wasn`t easy when you play away in front of loud supporters. But, we entered the game as tough as we should and scored a timely goal. We scored another in the second half and deserved to win”.

Was there a moment crucial for Partizan?

“It was crucial when we started playing our game in the first half. That`s what we always do. We deserved this win”.

“We didn`t win here for decades. This means a lot to us, we did something really good and we are quite pleased about it. We take this win home and now we have to get ready for the next game in line”.

Very important game and a win away in Cyprus after a long time?

“We played our game, played fine and quality game. They are a good side too but we are thrilled with this win. Now we turn to very important domestic match”.

Were you surprised but elements of Anorthosis play?

“Not at all. They created couple of opportunities but we defended well and played good counter-attacking game. We could have scored more but we are happy with this outcome. I would accept any win prior to the kick-off”.

“We play at home so there`s nothing left for us but to win the derby game”.

Queensy, you scored an important goal in your European debut with Partizan.

“Yes, it my European debut overall, I`ve been on the bench earlier while in Ajax for Champions League but I never came in. Of course, I`m happy to score but most importantly we won this game.

Did Anorthosis surprise you? It was difficult early in the game.

“We played away against the good team. They came out to win as well but we were the better team today and we did our job”.

“Yes, of course. Since the day I signed I keep hearing about this game. So, on Sunday we`re gonna see the derby (laugh)”.