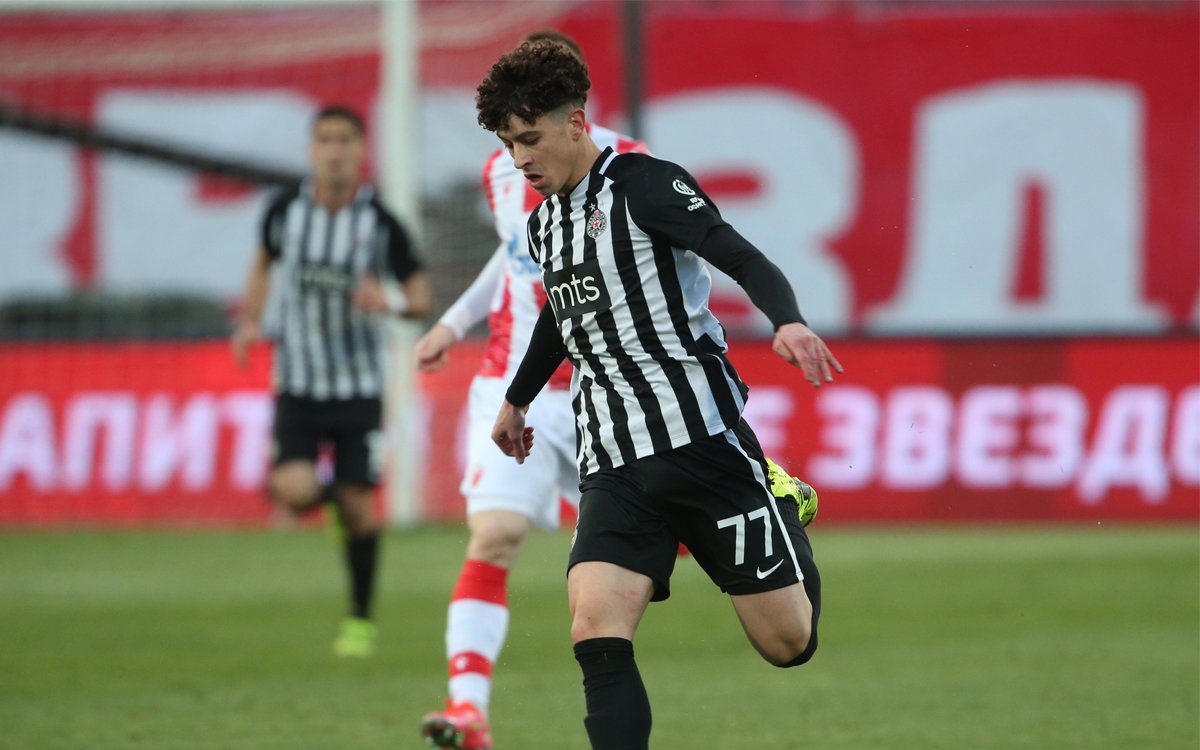 We spoke to 18-year old winger Nemanja Jovic after the 164th edition of Belgrade derby.

“This was my first senior derby and I had a bit of stage fright before the game but it was all gone once the match started. Motivation was strong and I think In played alright. Of course, it can always be better” – said Jovic.

You are pleased with your performance?

“I received a lot of praise, lots of messages after the derby. It`s another boost for me to keep training hard and improve my game”.

So, you had a bit of a stage fright at the beginning as the youngest starter?

“It was hard but I was aware where I was, who I`m playing for and what this game is about. I did my best, battled for the club I love and although I managed a solid performance I`m aware I can do much better”.

We conceded a single goal to lose the derby.

“We conceded a cheap goal and it proved decisive. I`m sad I didn`t score myself but I believe I`ll have more opportunities to make amends in the future”.

How do you motivate yourself for the rest of the season?

“It might be harder to come back now but we are Partizan and we need to turn to cup competition and do our best to win it. I think this team and Partizan fans deserve the trophy”.