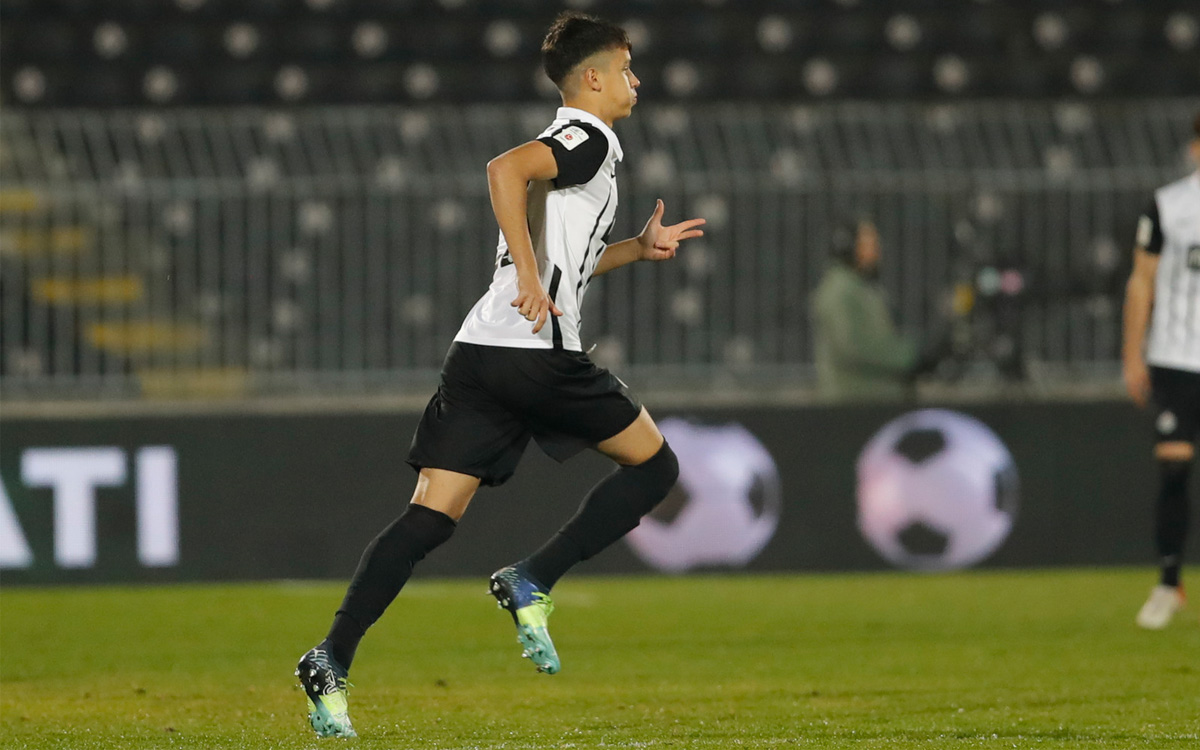 Mihajlo Ilic, 18-year-old centre-back who can also play in defensive midfield, made his Partizan debut yesterday after coming in as a sub ten minutes from final whistle. We spoke to Partizan youngster after the game.

“It`s a lovely day for me and my family! Yesterday, I won with Partizan youths 2-1, we won it after a big battle. After all that, I get a call-up from the boss to make it the bench for seniors. It`s incredible feeling! It`s a dream of every youth academy boy to make Partizan debut, to mingle with first team, in general. I did it and this is a special day for me. I`d like to thank Partizan coaching team for their faith and senior teammates for congratulating me on my debut”, said Mihajlo Ilic.

Although Ilic believed he`ll only make the numbers up on the bench, he got his opportunity to play his first senior minutes.

“Really incredible feeling! There was a bit of positive trembles and emotions”.

Teammates congratulated him on his debut in the dressing room followed by his family.

“I`d like to thank all my teammates on their congrats. Then I phoned my family, the ones who are always there for me, my dad, mum and sister”, said Ilic.