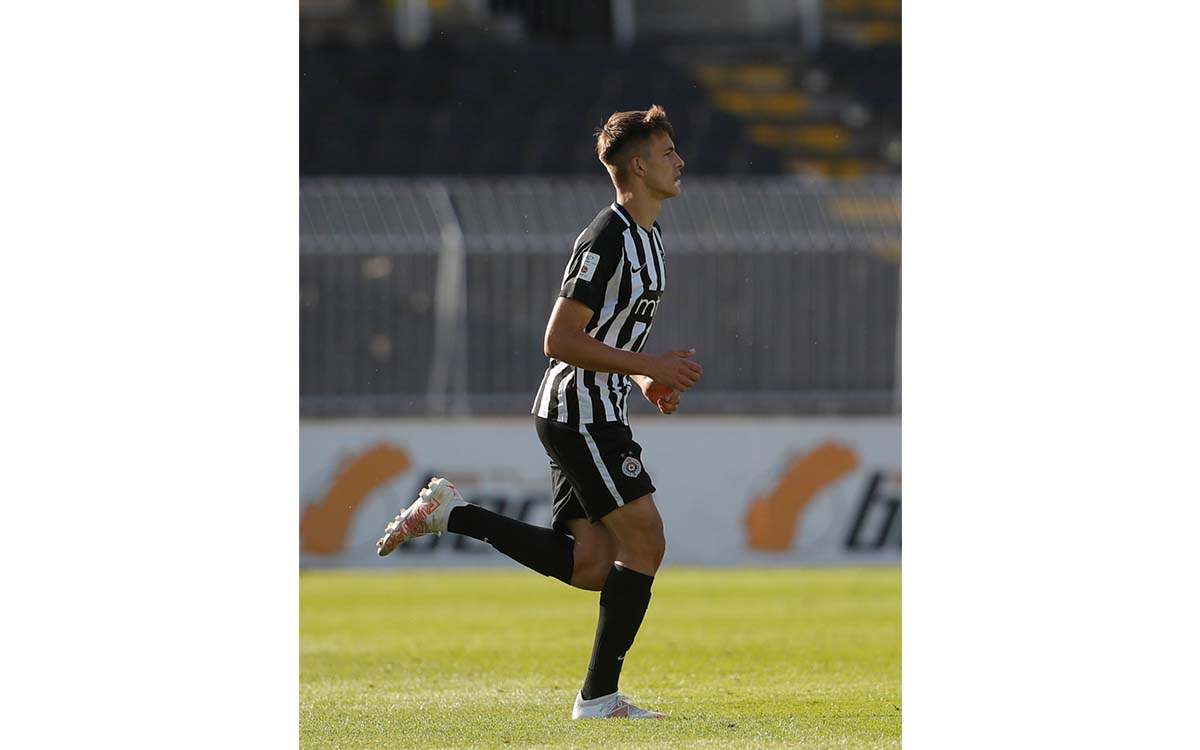 17-year old Samer Bazdar made his Partizan debut with a cameo appearance in a 3-0 win over Vozdovac. This youngster scored 33 goals along 18 assists over 39 apps for Partizan youths and fully deserved his senior team debut.

“I`m over the moon today, this is what you live for, this is what I worked for all these years. I`m not gonna stop now”, said Bazdar.

Young forward says Turkey winter preps with the seniors did a lot for his progress.

“Training sessions are tougher, players are so fit and you have to learn to adjust. I advanced a lot training and playing friendlies with the seniors, it all looks so much better now”.

Due to Serbia U-17 call-up, Bazdar will not be able to help senior team in a final league game of the season. He doesn`t want to talk about his future but believes it`s all about health and as much games as possible under his feet.

“Everyone in a dressing room congratulated me on my debut, I was surprised they always show such support to young players. Guys I`ve known from Partizan  youths – Jovic, Popovic and Stulic – wished me luck too”.

Bazdar was expected to make his cameo debut last time around, against Proleter, but it was quite an even encounter to risk him play.

“It doesn`t matter. My debut happened now and I`m so happy about it”.