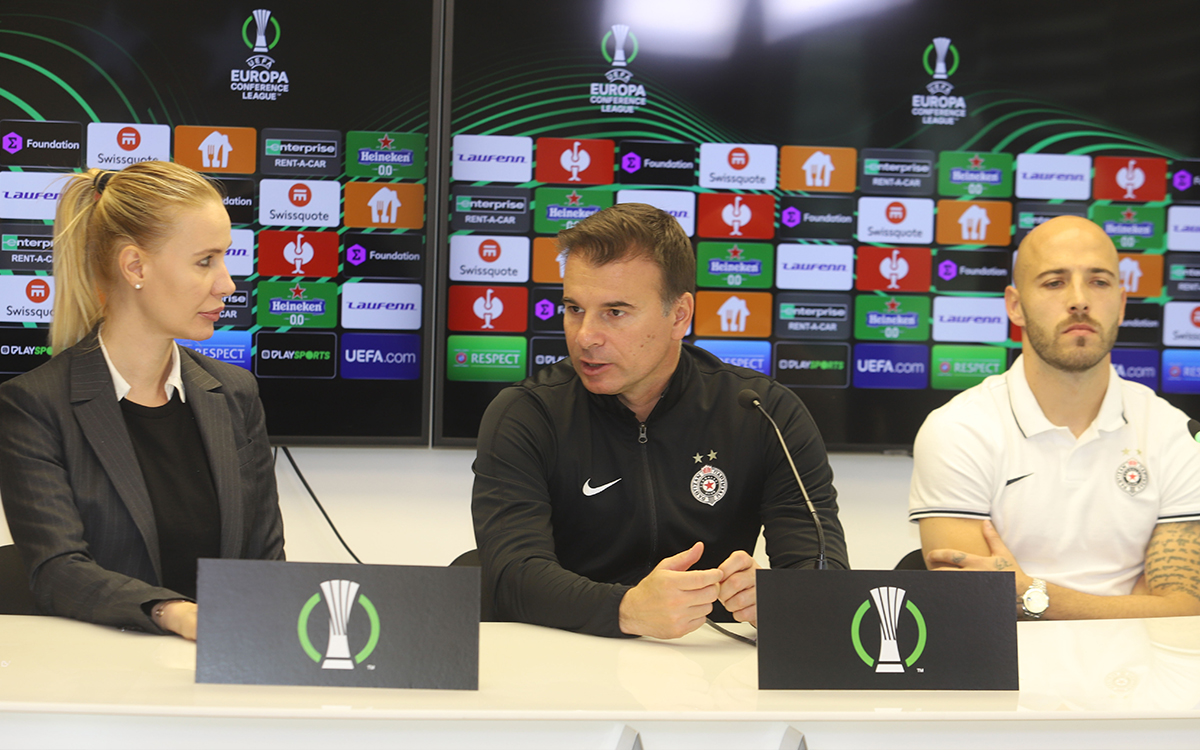 Partizan is away to Gent on Thursday (6.45pm CET kick-off) as part of UEFA Conference League round 4 fixtures. After three rounds, Gent is top of the group with 100% record, Partizan trails 3 points behind while Anorthosis and Flora won point apiece.

Sasa Zdjelar is sidelined after picking up hamstring injury last weekend. Lazar Markovic, Filip Holender and Aleksandar Scekic are also out for the count, as revealed by boss Stanojevic during the presser ahead of Gent away.

“We have lots of selection trouble, especially with two defensive midfielders out for Gent. The rest of the midfielders are mainly attacking-oriented. We have different options, alternative solutions with Natcho or Pantic but I`m not going to reveal what our plans are”, said Stanojevic.

Aleksandar Stanojevic will not lead his charges from the dugout as he was sent-off after the corresponding fixture.

“I would love to disguise myself or find the way to have control of the game (laughs). Of course, we`ll prepare for the game and I`ll be assistant to Duljaj and Vukasinovic for this one.

After defeat to Gent at home, we`ll try to present ourselves in a nest possible fashion at their ground. We hope for the best. I`ve seen some bits in a first game against Belgians, things I knew beforehand. Now, they constantly rotate their attacking players and that`s where Gent can always surprise me.  They lost last weekend but they missed the penalty, had their opportunities, hitting the crossbar in the process. Anyhow, we need to get a result to keep up”, said Stanojevic.