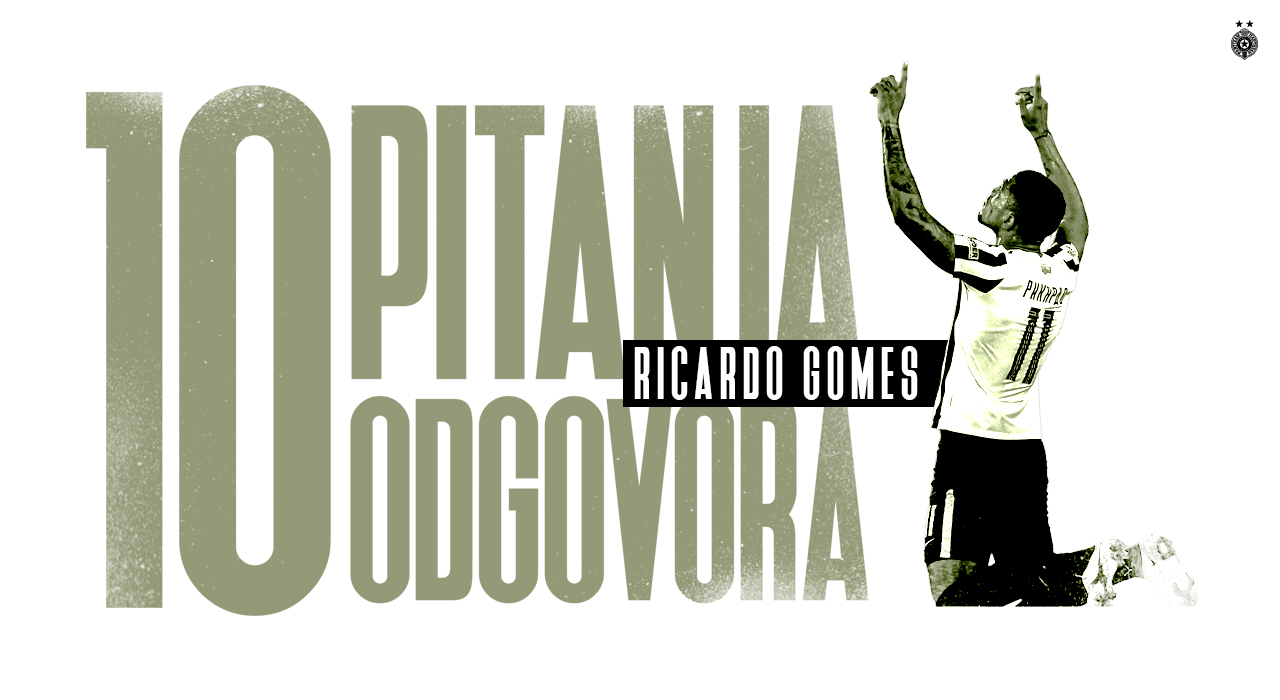 Do you like Serbian cuisine and what`s your favourite dish?

-To be honest with you, I still didn`t try a lot of Serbian food. Just sometimes when they do a meal here at Teleoptik I eat, but normally I never try that much.

Would you train Partizan youths?

-To be a coach is not something that now motivate me a lot but who knows, I would like to be in football maybe not as a coach but part of the staff. It will always be good to work with kids.

Best player in the Partizan history in your opinion?

-I heard about Mance, the striker. I also checked some videos on YouTube and heard people talking about him. He was a top striker, Partizan legend, so I think he is the best player in the Partizan history.

What is your goal celebration about?

-I think everybody already knows it`s Natcho. I spoke in a few interviews about this, since I came here for the second time we always had a good connection, both in and off the field so I`m very good with him, our families also, we are all friends.

-It`s a hard question, you know. I think I would like to score in a final of Conference League `cause this means we gonna…No, sorry. Maybe I score but we lose? No, I`ll go with a hat-trick against Red Star.

Why did you pick Partizan of all clubs?

-At that time it was the project they showed me. I didn`t know that much about Serbian league. It was after nine years I played in Portugal and I liked the way how they talked to me and they showed that they really want me at that time. It was the best choice for me at that moment.

Would you move to Red Star for double salary?

-No way. I speak for myself, I`m playing for Partizan for the second time and I returned for the memories I have here, because of relations I had with everybody, because of the city. People make me feel good here and no money in the world can make me play there.

Would you prefer to score a goal in each of the remaining SSL games or one each in a Sherifff ECL tie?

-Hard question also. I would go with domestic league because we still have our goal there so if I have to choose it would be the league.

Do you have a favourite Partizan fans chant?

-I know some but I can`t sing them, they`re gonna share this everywhere. You gotta help me there, the song they do when we come out and I was at Partizan basketball game and they start to sing it and I think because there`s more people and indoors, I felt it the most. I will go with this one.