Svetozar Markovic after the cup semi 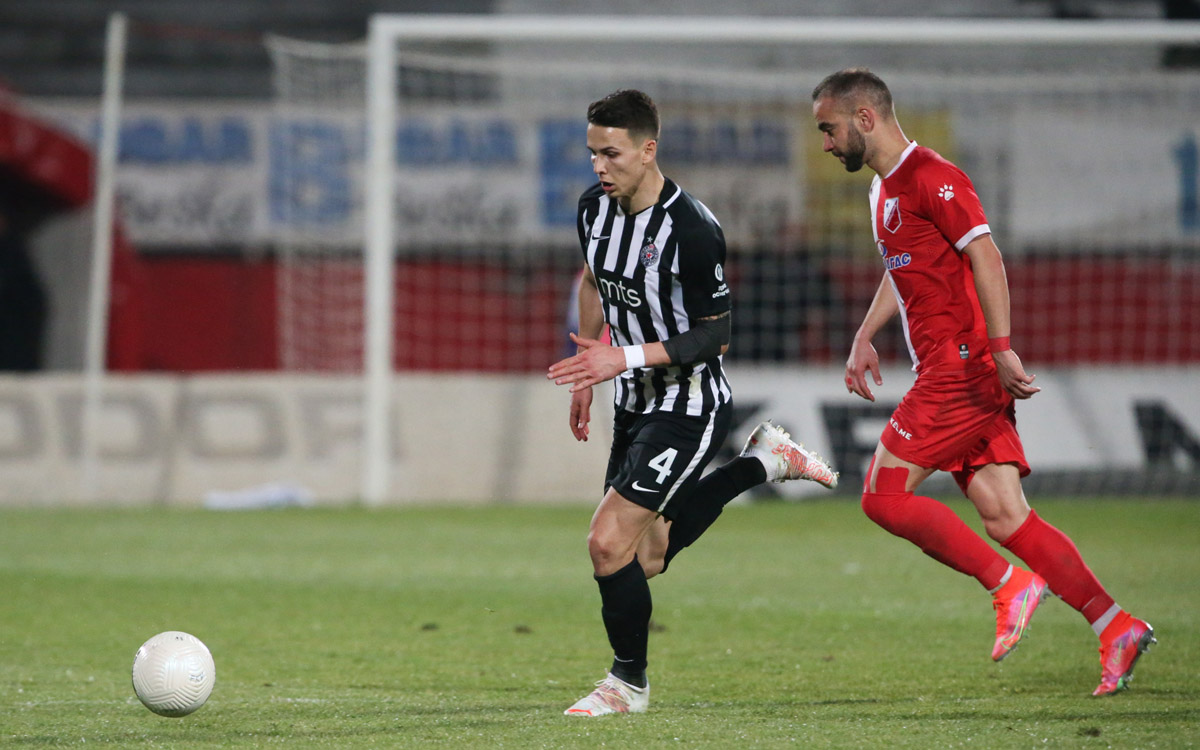 Partizan reached Serbian Cup final with a single goal scored by full-back Svetozar Markovic. We spoke to 21-year old Partizan academy graduate on loan from Olympiacos after the game:

“This was one really tough and demanding game. Vojvodina is a great side, just behind Crvena Zvezda and Partizan. I scored after 20 something games since my return to Partizan and I have to be pleased. I`m even more pleased with us progressing to the cup final. Now, we can try and get hands on one domestic trophy”, said Svetozar Markovic.

You scored early in the first half.

You recently scored a header for Serbian U-21 team.

“I scored 6 or 7 goals in my career so far and most of them were headers. I can only score from a set-piece play or after a corner-kick, that`s why it`s mostly headers”.

There were 6 bookings in total tonight.

“Tough and demanding game. Both sides were aggressive and there was a lot of tension around. That`s normal for a cup semi with both teams eager to reach final. There was lots of set-pieces and bookings but it turned out good – no major injuries in both camps. On our behalf, we can be very pleased as we reached the final stage of the competition”.

You did have a trouble with your forearm during the game?

“I have a cut but it`s nothing to worry about. It will be alright in a day or two”.

Cup semi was watched live by Serbia national team coach Dragan Stojkovic. Is it a time for Partizan player to receive a call-up?

“It`s not on me to think about it, I need to keep playing well, to train more and advance. I`d love to get a national team call-up and I hope it will happen soon”.

Stojkovic had injury troubles during the game, Miljkovic played with a swollen knee and Urosevic had to be subbed due to minor concusion.

“It`s important all players are ready to play, both starters and those on the bench. Tonight`s subs Zdjelar, Obradovic, Stulic and Jovic were fresh legs we truly needed. That`s why it`s important everyone is ready, so that we can win as a team”.