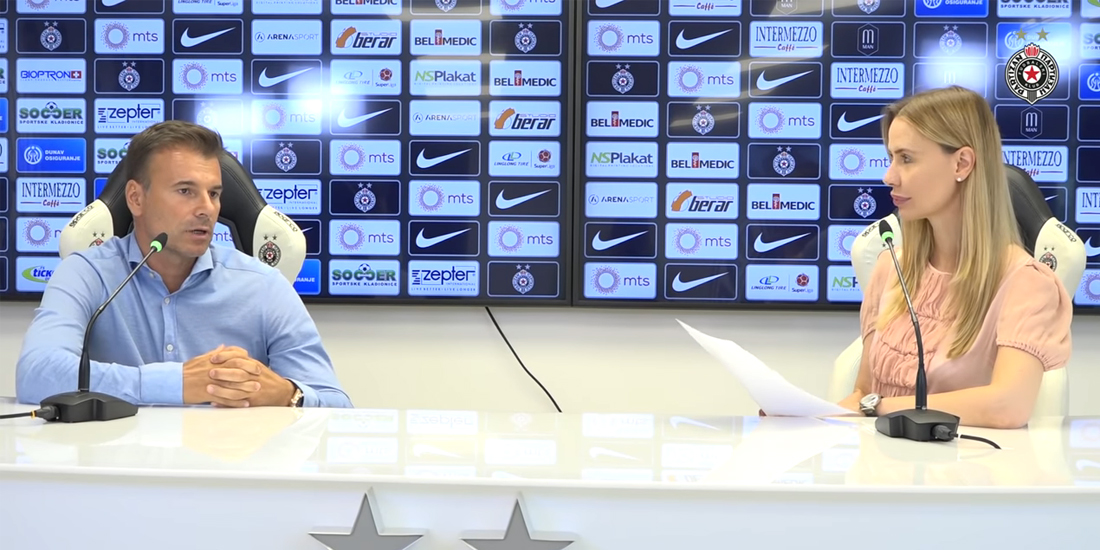 With international break finished, Partizan is home to Rad on Saturday (8pm CET kick-off) for a Linglong Tire Serbian Super Liga round 7 fixture.

-We extended number of training sessions a bit, to get to know each other better and players to see what I want from them. But, we had only one practice in full numbers due to international break.

Pressure here is massive and there`s fear of failure among players. You solve that problem using your head. There`s no guarantee you are going to win and even the best clubs in Europe can lose their CL finals after being in the lead. It`s important to focus on the upcoming game, not to spare your thoughts too much on other things.

So far, Vitas and Bagnack are first solutions at the back as they played several games together. But, we might get another new addition in that department. We have five foreign players, Soumah is suspended, but we know who`s going to play instead. I like rotations and no one is safe.

In general, I like to have different type of players around. I planned to play Brezancic this weekend due to his attacking characteristics and Lutovac on the right flank, but Brezancic picked up an injury. Miljkovic is quite fit, but we have to wait and see until tomorrow. If Scekic is not in the team, we lack height and we have to compensate elsewhere. Therefore, there are decisions to be made but Miljkovic is ready to play.

My desire is to have my team start its attacks from the backline. A the moment, we have no ideal team not and there`s not much time to make big changes and rotations. We did lot of practice and analysis. I think I told everyone what we are supposed to be about and I hope they accepted 20 or 30 percent of it at least