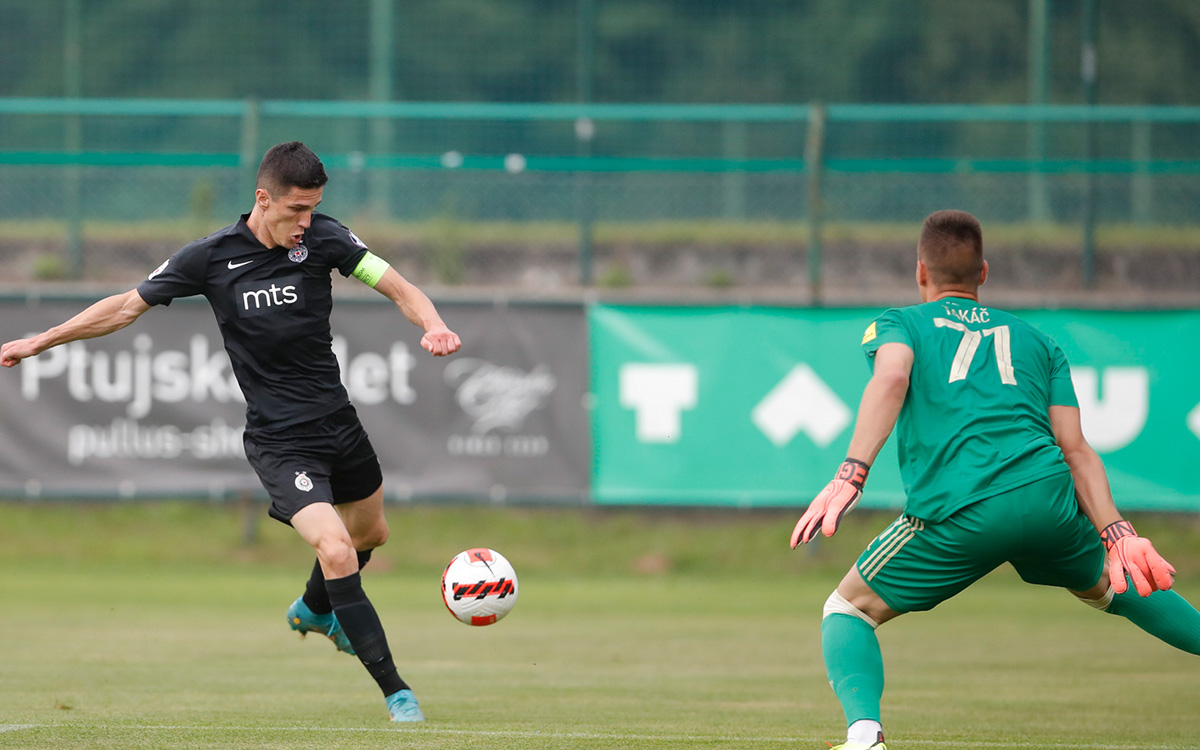 Left-back Slobodan Urosevic extended his Partizan contract this year and wore captain`s armband during pre-season friendlies in the absence of skipper Sasa Zdjelar.

We spoke to 28-year-old on pre-season, upcoming challenges and expectations.

“Few years ago, one of the players said we all wear armbands but there`s only one skipper – Sasa Ilic! We never forget that and we really respect each and every teammate, being it a Partizan kid or anyone who shows commitment and fighting spirit. While Zdjelar was sidelined, armband was with me and I`m proud to have it”, said Urosevic.

What are your impressions of pre-season?

“Lots of changes have been made. New coach and number of new players arrived and tactical demands are different now. Ten players had their contracts expired and I`m pleased how we looked during pre-season, Partizan youths included. Of course, we`d like to see more signings to make us look really good. Fejsa is already proving his quality and football greatness while Andrade and Filipovic fitted in really good in just a few friendlies. Some players need months to blend in, not them. Moreover, we have Partizan youngsters who showed full desire on the pitch”.

What can you take home from Fenerbahce friendly?

“Extremely beneficial friendly against the team with so much bigger budget compared to ours and roster of 30 top players. Of course, there are things we need to fix but it `s good we see it now during the pre-season. It was hard to play as it was really hot but it was nice to see both sets of expat fans supporting their teams”.

New season is around the corner and the stakes are high.

“We have tough away games early in the season, starting with Javor, but we are used to constant battles knowing we cannot allow ourselves any defeats. Our fans will be extremely important to us and I would love to see them in great numbers at home. We won 98 points last season, reached last 16 of UEFA Conference League but we lacked something – a bit of luck and more support at times. I know they find it hard but it`s even harder for us engaging in constant battles. I hope they`ll be with us in all games. This season, the stakes are high as title winner qualifies directly for the Champions League. The big battle is just about to start and it will be even fiercer compared to last season”, said Slobodan Urosevic.