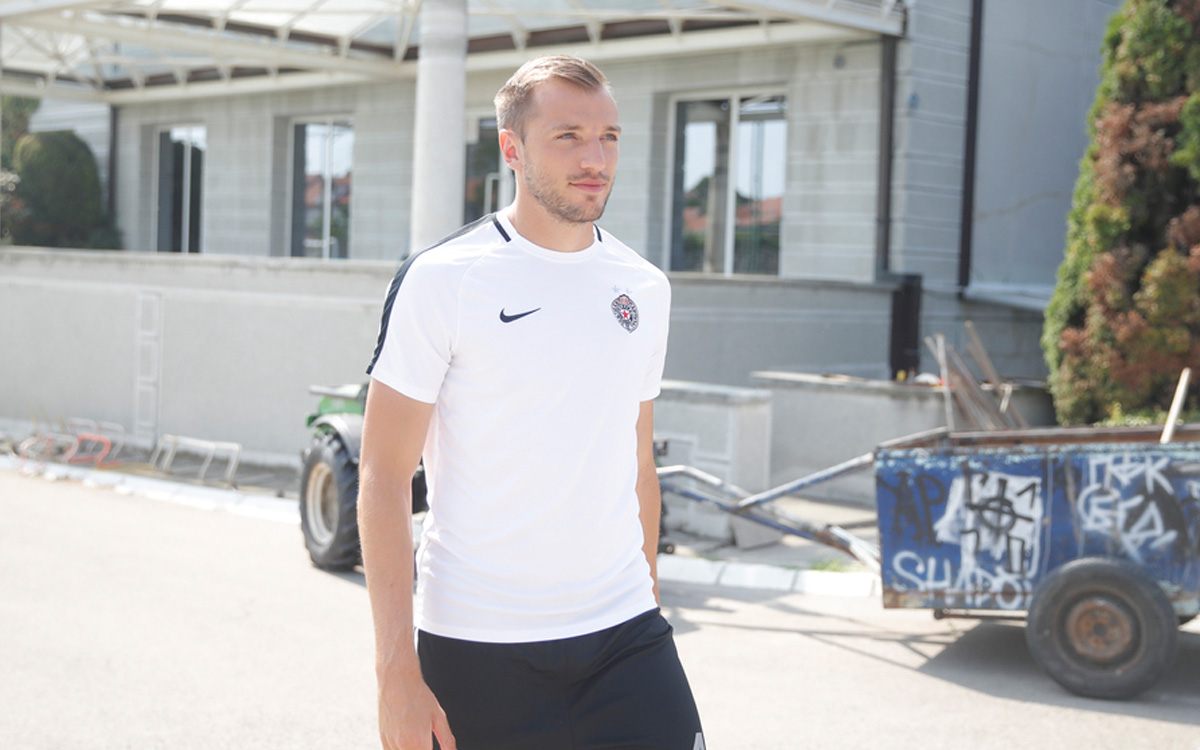 Newcomer Sinisa Sanicanin summed up his early Partizan days in a chat for Partizan website.

“ After a month spent at Partizan, I can only have words of praise regarding the club and the way I was accepted here, I feel like I`ve here for a long time. Regarding pre-season, it was tough period and I think it will be much easier once the season kicks-off. I`m pleased with work done, all boys and coaching staff are on a high professional level. We did preps and pre-season friendlies in a good fashion bur friendlies are not the norm. Season starts now, official games coming up, I hope we`ll start as good as possible”, said 26-year-old centre-back.

Partizan will play against Sanicanin`s former club Vojvodina in a round 2 already. He spent four years at Partizan`s northern rivals.

“If I`m picked for that game, I`ll do my best for my current club. I`ll be glad to return to Karadjordje Stadium and I can only be more motivated to play and be at my best, to achieve positive result with Partizan”.

Sanicanin also mentioned his new teammates at the back, Vujacic and Ostojic.

“I have only words of praise for both of them. They are quality people and players. We are getting along great, on and off the pitch. They pointed out at some stuff to me and made it easier for me to blend in”, said Sanicanin.

New Partizan centre-back knows enough about Partizan returnee Ricardo against whom he played while at Vojvodina.

“We talked about it already. Whenever we played against each other, it was bursting all over but it was all fair play after the game, hugs and handskahes. A really good player Ricardo, I think he`ll help us a lot”.

Sanicanin also told us about work under new boss Stanojevic, quite a different drill he`s engaged in now.

“We work on a truly high level. You can learn and progress a lot, which means a lot to me. I picked up few things already and I hope we are fully ready for the season`s start”.

Five days after Saturday`s domestic season opener away to Proleter, Partizan is home to DAC Dunajska Streda as part of Conference League round 2 qualifier.

“Most importantly, we need to focus on that first game of the season and do things right, pick three points up. We can think about the next game afterwards”, said Sanicanin.

Sanicanin played against Italy with Bosnia and Hercegovina national team and underlines he is glad to see Italians pick up European title due to team spirit they showed.

“I`ve seen it when they sang their national anthem, they do it so special. You can see the chemistry straight away, not to mention the pitch. Every goal scored, each fine play, their energy on the field, joy, emotion…Success has to come as a result”, said Sanicanin.