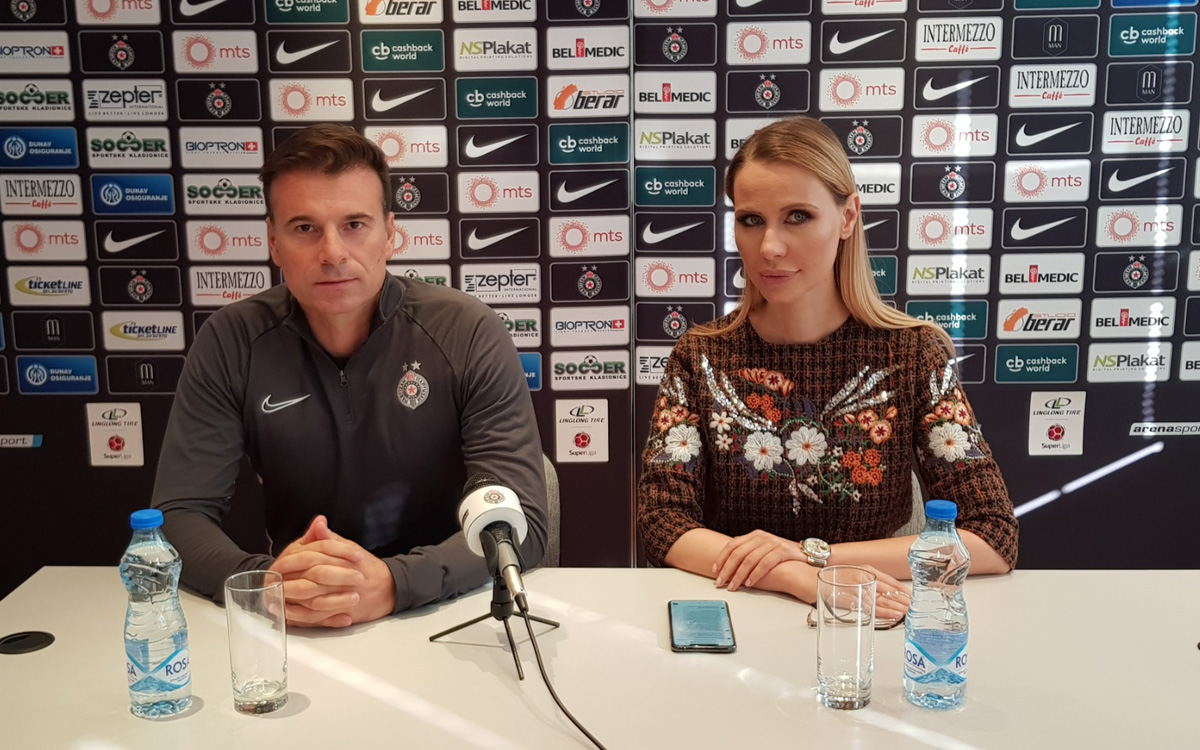 Partizan is home to Backa on Wednesday (4pm CET kick-off) as part of Serbian Cup last 32 stage of the competition.

Soumah (eye injury) is sidelined, Scekic is still nursing his international break injury, newcomer Holender needs some more time to fit in, Bahebeck is in contention while Lazar Markovic is doubtful.

-We take Backa seriously, they are in the bottom half of the league table but they suffered narrow defeats only. I don`t know if Backa sees cup as a priority competition but we are quite wary of them, but fully motivated and focused. I believe we`ll go through to the next round but it`s never easy when it`s a one-legged tie. Derby game is behind us now, we have a training session today to pick up some new energy as cup competition is important to us – we want to go all the way.

We will come out with a best possible line-up at the moment. I would love to play five or six youngsters if I believed they deserve to play but I don`t do things overnight and I don`t think this is the kind of opportunity they need. Even this home-grown players rule is something we don`t really find necessary. But, Lazar Pavlovic will play, not because he`s young, but because he deserves it. He`ll be one out there, others should try more to win their opportunity.