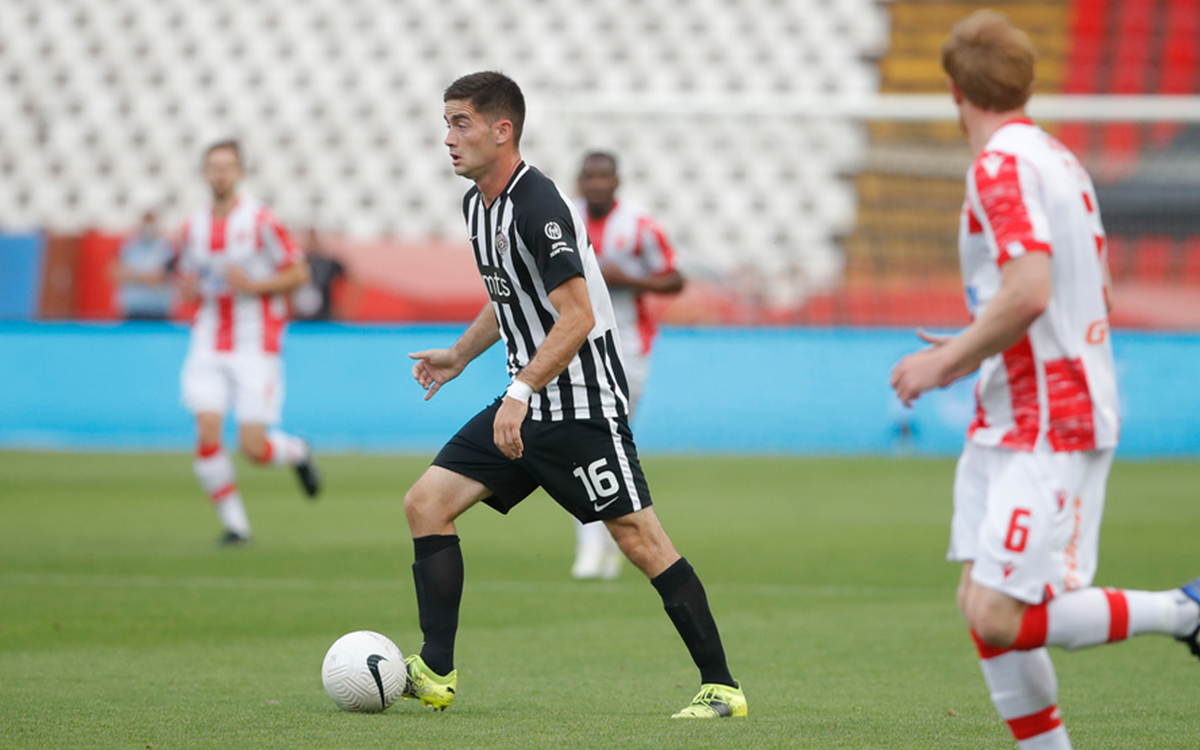 Since his arrival to Partizan, Sasa Zdjelar worked with four coaches and all of them could fully rely on his trustworthy midfield performances. Even on a bad day, you know Zdjelar will show great fighting spirit and courage. As a result, Sasa Zdjelar spent 3094 minutes on the pitch this season.

Talking about number of appearances, Bibars Natcho, Aleksandar Scekic and Takuma Asano beat Zdjelar by two, but 26-year old midfielder still manager to spend more time on the green over total of 46 games played this season.

“I had health problems during this season, spending one month off the pitch due to a Covid-19 virus infection. If that didn`t happen, I would probably beat my own record from last season when I made 44 appearances” – says Sasa Zdjelar.

When asked to make a list of his top performances this season, Zdjelar was not reluctant to do so.

“I don`t like to look at the football game in such way. For example, I managed some really good performances in Partizan defeats and the other way around but it`s the result that matters and I cannot be pleased with my outing hunder percent if my team didn`t win. All I can say is that I try to advance in every training session, to play better in each new game and it`s clear coaches recognize my attitude” – says Zdjelar.

Time spent off the pitch was something Sasa found so round as he is not used to resting.

“I didn`t pick-up bad Covid-19 condition but I had to rest and that`s something I couldn`t handle. I`m quite active, love to train or just do something and I couldn`t do anything for a month, that really bothered me. I was in bed for 20 days and I don`t know how I managed to hold up” – says Zdjelar.

Gold medal winner of 2015 U-20 World Cup with Serbia believes this season was far from for Partizan but wants to remind us of the circumstances that many are too quick to forget.

“Trophyless season is something that cannot please the club of a size of Partizan. But, in given circumstances I think we did our best. We achieved a great winning streak but couldn`t reduce the deficit at the top as our bitter rivals didn`t suffer a single defeat this season, I guess they are the only team on the planet who did so. But, let`s not talk about them. We look at ourselves only and try to be as best as possible. We were to win a cup trophy but failed. However, we must not forget we played Soumah and Asano, we are a different package with them two in the side” – says Zdjelar.

Summing up the season, Zdjelar also underlined how much Partizan players missed support of the die-hards from the stands.

“We don`t know if season would unfold in a different way if they were there but it`s a fact we all miss them. To be honest, I forgot how it is to play with fans on the stands and you play football for the fans. I remember Europa League game against Man Utd, packed stands and our better performance as a result. I hope and I believe upcoming season will be different with fans back on the stands” – says Zdjelar.

Sasa is on a deserved holiday now.

“It`s been a long season and I need a bit or rest. I`m in Greece now. I have lot of friends here and I wanted to spend some quality time with them.  Actually, I wouldn`t mind if I was somewhere alongside Danube, fishing all day. I find that pleasing and relaxing” – says Zdjelar.