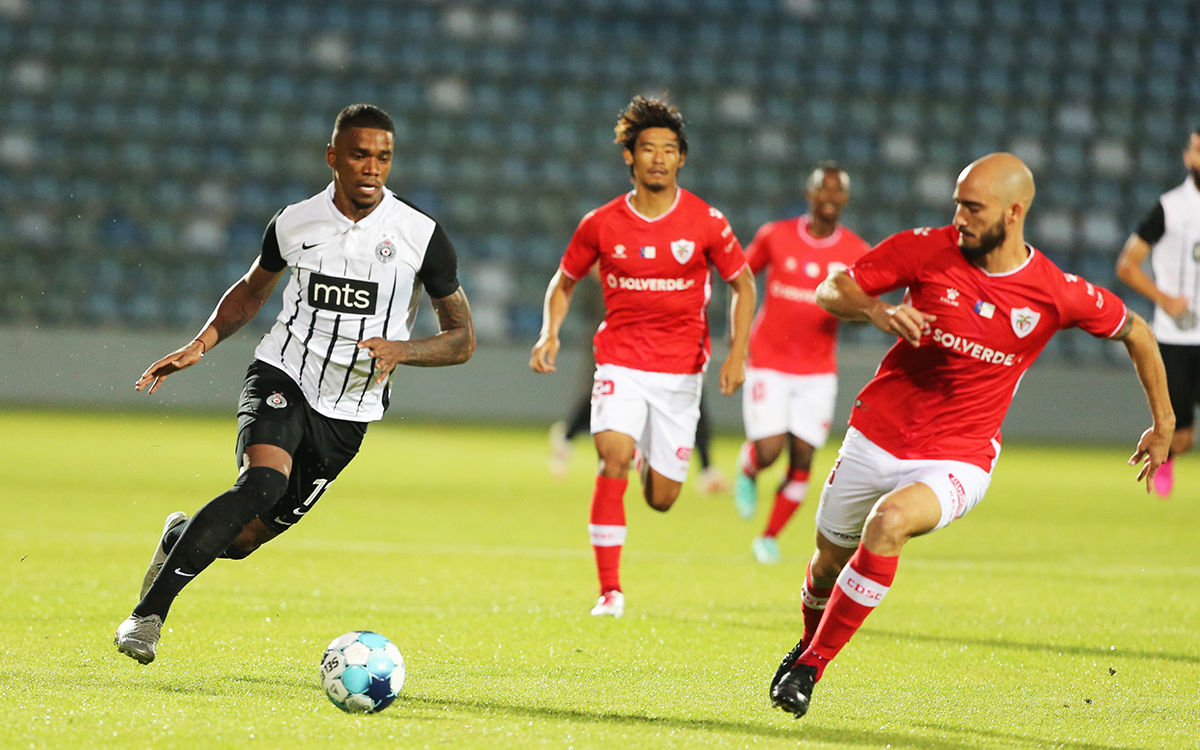 Partizan will host Santa Clara next Thursday trailing by one goal from the first leg. Despite unconvincing team performance away at Azores, forward Ricardo Gomes believes Partizan can secure Conference League group stage.

“We didn`t play to the top of our abilities. I don`t know what happened, we didn`t show our trademark aggression, didn`t play how we usually do. However, I think the tie is still open. We lost but we scored a goal, so it`s still pretty much open and we`ll do everything we can to change things around”, said 29-year-old Cape Verdean.

Ricardo spent a total of nine years playing in Portugal and he wasn`t surprised with Santa Clara style of play.

“I watched their games, they have good players and we were all able to see that for ourselves. Most of all, we lacked aggression. Otherwise, we would create more opportunities and probably score more goals”.

As in Sochi, game in Santa Delgada was played in tough weather conditions with high air humidity. But, Ricardo believes weather is not to blame.

“Humidity and pitch itself were not the problem, it was about the team. We didn`t play well and we have to take a look at it, see where we were wrong and fix that before return leg fixture”.

Among number of injuries Partizan players suffered lately, two stood out – Pantic picking up adductor injury during the warm-up away to Sochi and Zdjelar`s hamstring injury two days prior to Santa Clara match.

“They are our regulars, they played each and every game so far. However, we can`t do anything apart from waiting for them to return. I hope Zdjelar will soon be there and I know Pantic will be sidelined for some time. We need everyone to help us”.

“They are confident now. We`ve let them play the way they wanted, we were not aggressive enough. Now, we have to play totally different, to show what we are capable of in front of our fans. We simply have to win”, said Ricardo Gomes.