Ricardo Gomes on a goalscoring run 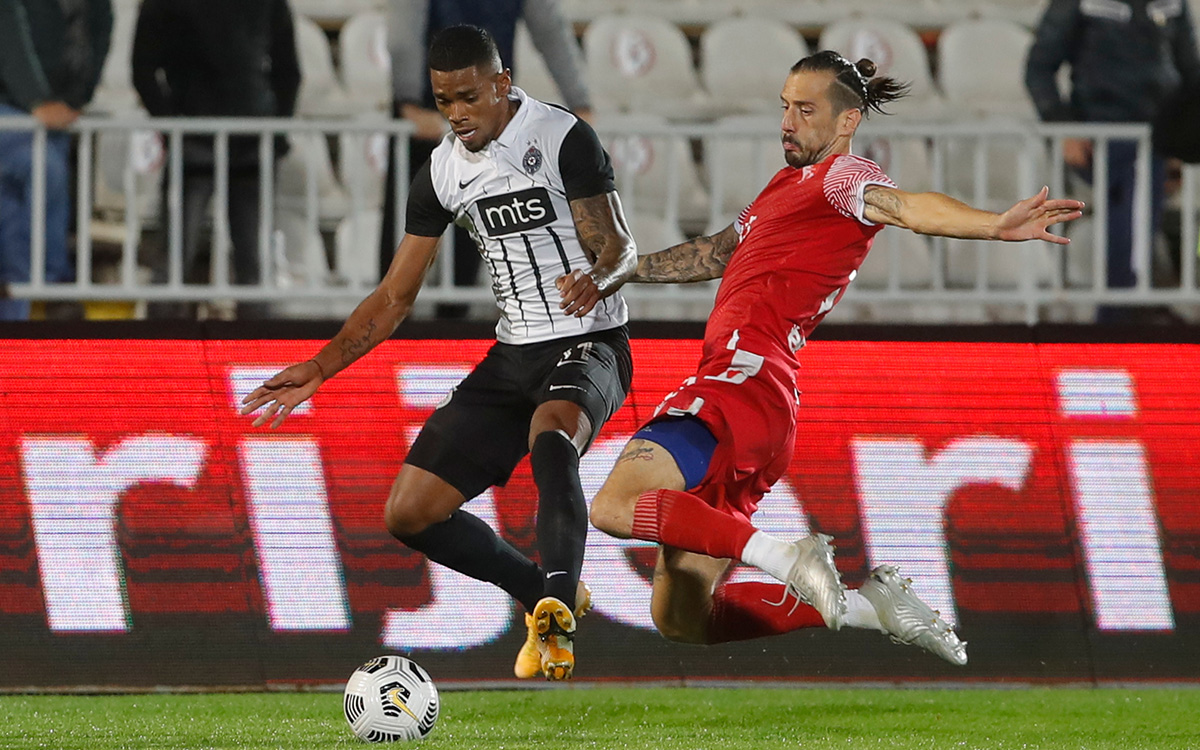 Cape Verdean international scored 8 goals in 6 SSL outings and added three assists to his tally. He only failed to score in SSL round 2. This 29-year-old striker also scored 3 goals over 6 Conference League qualifiers along with penalty shoot-out goal against Sochi, the one that stats don`t recognize.

More precisely, Ricardo played 440 minutes so far and scored every 55 mins on average.

In a round 7 match against Radnicki, Ricardo scored two goals and had two assist for a 4-0 Partizan win. Natcho and Jovic also got onto the scoresheet while right-back Zivkovic had two assists as well.

“Usually, it`s Ricardo who likes to finish. Well, Natcho set him up many times as well, so I`m pleased with all these assists. Stulic was not in the group so it wasn`t easy for him to come in and play out of the blue but I want to respect all our young players. He works hard but it`s all up to them, you have to seize your opportunity once you get it”, said Partizan boss Aleksandar Stanojevic after his 100th career win with the club.

“I scored a goal after a pass from Ricky (Ricardo). Forwards usually don`t pass the ball is such situations but I think he loves me and that`s why he passed it (laughs). We played well, it wasn`t easy three days after the European game. It was important for us to see where we are before international break. I`m pleased we showed we are ready to battle for the title this season and I`m happy we played well”, said Bibars Natcho after the Radnicki game.

Partizan goes on an international break with 6 wins from 6 SLL games, topping the chart with 18 points.

“Three days ago we achieved great win and we all celebrated, the fans and the club, we were all over the moon to reach group stage of Conference League. Today, we needed some 15 to 20 minutes to get there but I`m pleased we showed character and readiness”, said Natcho.