Ricardo and Terzic after the win over Vojvodina 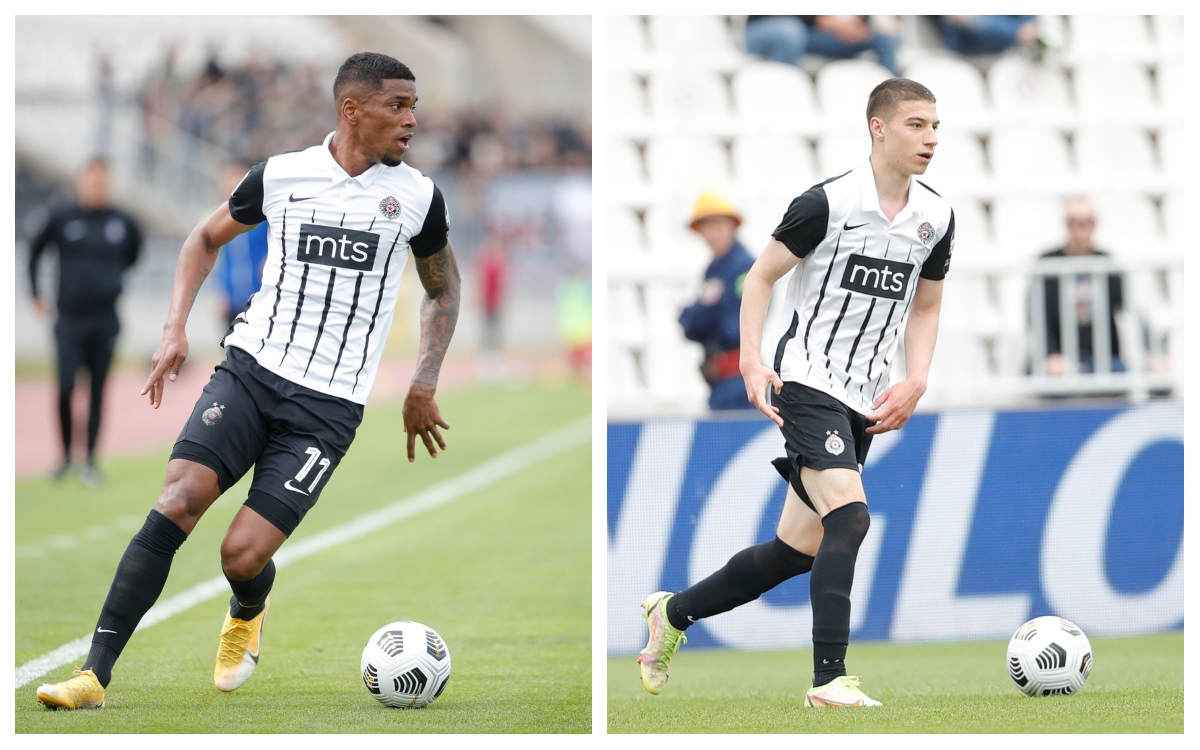 Partizan won Vojvodina 2-1 in a SSL round 35 game with goals for Partizan scored by Terzic (`4) and Ricardo (`41). Visitors managed to pull one back deep into injury time.

We spoke to Partizan goalscorers after the match.

“It was not an easy game and it was too hot as well. But, I think we were focused from the start and we keep playing well. Previous games were good, everyone played well and the mood was high. I hope we`ll keep winning” said Ricardo Gomes.

Partizan meets Vojvodina again in a few days for a one-legged cup semi. It`s going to be hard making a double over them in such a short time.

“I expect more resistant and aggressive Vojvodina. It`s a one-legged tie, you`ll either go through or go out and I expect totally different encounter. But, we play each game to win it and we hope we`ll triumph once again”, said Nikola Terzic.

“Yes, it`s Vojvodina in a few days. I think they`ll be strong but we are ready for everything and we`ll go through to the next level of the competition”, said Ricardo.

Nikola Terzic is picking up energy levels gradually. His desire was never questionable and support of the whole team means a lot to him.

“Support means a lot, especially for us younger players as more experienced teammates give us support and we learn from them through training sessions and each new game. Every goal or assist, every opportunity, means a lot to us and we gain much more confidence as a result”, said Terzic.

Ricardo Gomes gets important support from the stands, in the shape of his kids. They seemed particularly supportive today.

“It`s good for me to have them here, they motivate me even more. Today`s goal is for them”, said Ricardo.

Terzic was clinical today but there are days when opportunities are missed and fans turn against you. Who does Partizan young winger talks to when things are not as good as they should be?

“I mainly talk to older and experienced players such as Smiljanic or Markovic”, said Terzic.

There`s always tension in Partizan. It was no different today when Vojvodina scored a consolation goal deep into injury time. Partizan always aims for the highest.

“That`s right, you have to win every game. That`s Partizan and the pressure is normal, it was the same when Vojvodina scored. Sometimes we get derailed but we don`t allow these things to have too much influence on us. We finished this match as winners and we await cup semi now”, said Terzic.