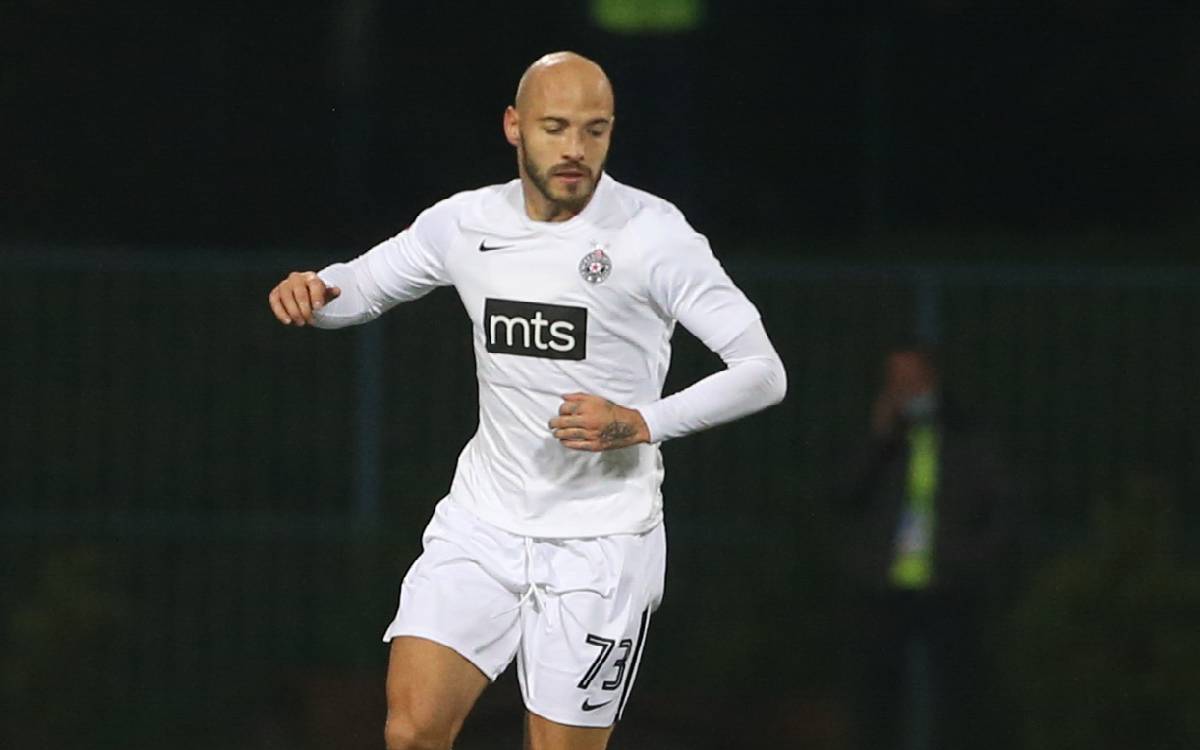 In his previous spell with the club, Nemanja Miletic deputized as a left-back but he came in on 46 for Vujacic last night against Mladost to play at his natural centre-back position.

“Everyone knows how happy I am to return to Partizan. But, such is the football game and I suffered a minor muscle injury straight away ant it prevented me from picking up form. Moreover, I didn`t play for three months and I had to catch up. But, thank God, with hard work and help from the coaching staff, I`m back and I had my returnee debut”, said 30-year-old Miletic.

“Boss Stanojevic leaves nothing to chance. Since the day one, we did individual analysis so that I can adjust to his playing system as soon as possible, but this muscle injury happened. Now, that`s behind me and I`m thrilled to put on the best and most beautiful shirt in the world”.

You watched recent Eternal derby game from the sidelines.

“It`s so much tougher watching it instead of playing it. When you play, you can do something, change things around. We were better side and we should have won it. Unfortunately, we conceded late in the game and instead of celebrating, we were all sad. It was a blow but you have to keep your head high and to keep fighting. We have excellent team and each upcoming game is the most important one”.

You played as a right-back in your first spell with the club, now you are back to your natural centre-back position.

Games keep coming, including European ones.

“Yep, two domestic matches followed by one European and more of the same again. That`s how it is, strong fixture list and we have to go for a win in each and every game. As the boss himself says – this one is my life. Each game is life itself here, especially now. We have depth within the squad but we miss Pantic due to an injury already. However, we will fight and never give up”, said Miletic.