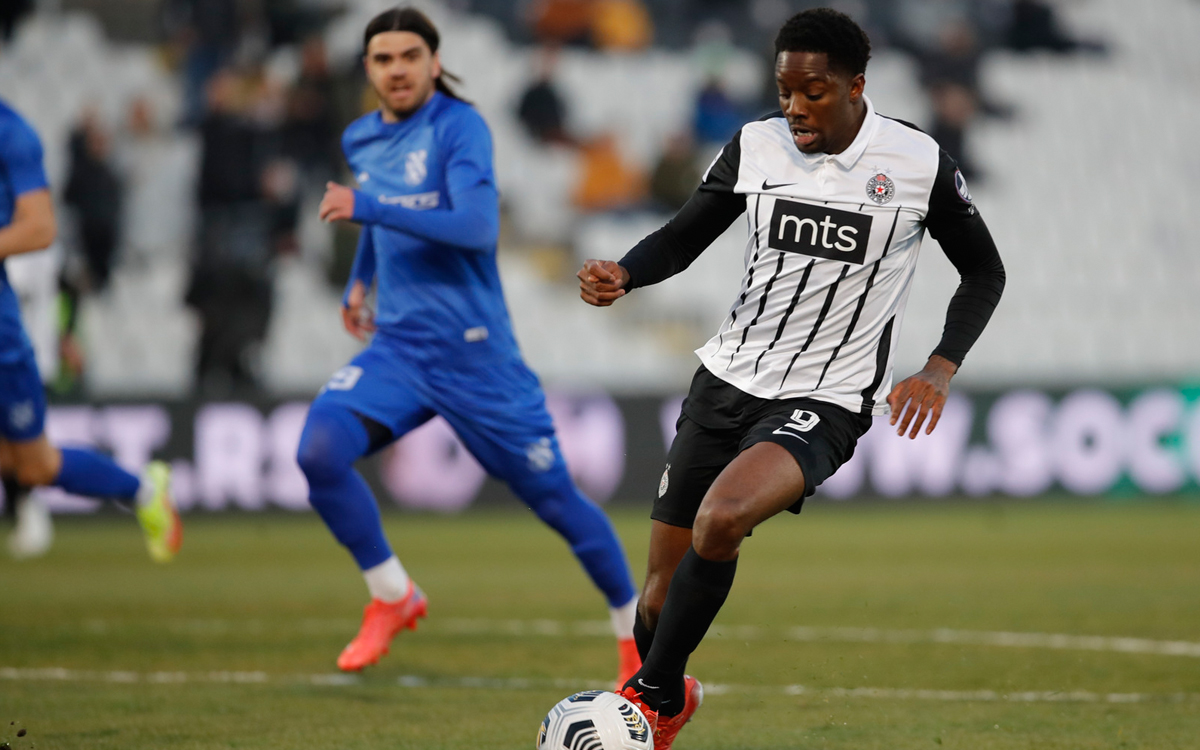 Partizan will play home first leg of UEFA ECL last 16 stage against Feyenoord on Thursday and our Dutch winger Queensy Menig is someone who knows a lot about team from Rotterdam.

You played for Zwolle against Feyenoord back in April 2017, scoring a goal early on after dribbling the keeper. Do you remember that game?

“I remember that goal against Feyenoord, an important goal for Zwolle. We were battling to avoid relegation and our form was not good, while Feyenoord was top of the pile at the time and won the title eventually. The whole of Holland watched that match and I used my pace early on, beat my markers and the keeper to score”, said Menig.

Last season you played for Twente and your team achieved two draws against Feyenoord.

“Yes, it was two draws but we should have won one of those two but we failed to score”.

How did your friends from Holland reacted when Partizan was drawn to Feyenoord?

“Lots of people from Holland phoned me and wished me luck. Match will be broadcast live by Dutch TV, fans of Ajax will watch it too and I expect them to support me”.

Is there anything we should know about Feyenoord fans?

“They make some kind of crazy atmosphere, it`s similar to Eternal Belgrade derby. In my opinion, they have the best atmosphere in Holland”.

“Unfortunately, Ricardo will miss Belgrade tie but we have Mare MIlovanovic, a great talent. He already showed us how good he is. If he is to be picked, it will be all good”.

Will your friends and family come to Belgrade for the Feyenoord match?

“Friends and family will try to come to Belgrade but they`ll be in Rotterdam for a return leg for sure”.

“Earlier on, they were having a good home record and some problems away. But, with they have a new coach now and he is really good. Feyenoord now plays good both home and away. I think it`s good we play first leg at home, we can make a good result in Belgrade and take it to Rotterdam”.