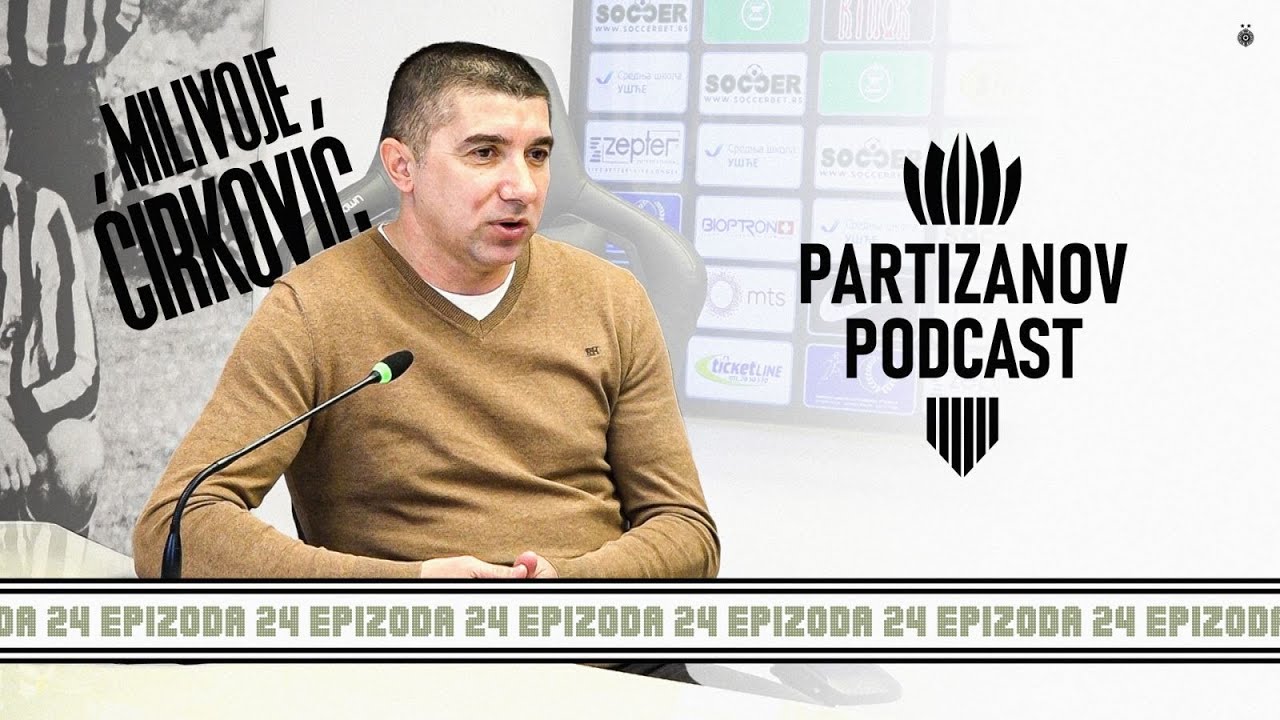 Former Partizan right-back Milivoje Cirkovic returned to the club to join club`s scouting team recently. 45-year-old was the guest of latest Partizan podcast, looking back on famous 2003 CL Partizan season as well as revealing his expectation ahead of season`s restart.

It`s always nice to hear about his crucial penalty-kick during penalty shootout against Newcastle United, the one that open the doors of Champions League to Partizan.

“First five penalty-kick takers were set. After Ivica Iliev missed the penalty, the question was who was going to take the next one. Before the shootout, Sasa Ilic said who was fatigued but he did take the sixth penalty and it was a fantastic strike, a true captain`s gem. After that, people from the bench started shouting for Ivica Kralj to take it and top his phenomenal performance. But, Ilic rushed to me, handed me the ball and said “go on, score”. I have to honest, not everyone was thrilled about me taking it as I wasn`t the best penalty-kick taker. However, when Shay Given picked the wrong corner of the net, I knew that was it. The rest is history”, said Cirkovic.

As a result, Partizan qualified for the CL group stage to lock horns with Real Madrid, Porto and Marseille.

“Back then, it was clear Didier Drogba will become one of the best forwards in the world. He had extreme pace and strength, a clever player. It was extremely hard to mark him. This was the only group game we were outplayed – in Marseille when Drogba scored a hat-trick. Porto had great team balance but they struggled against Partizan. Only in the knockout stages, Mourinho showed what he is made of and managed to win CL eventually. What`s there to be said about Real Galacticos? Their new signing that season were Roberto Carlos, Zidane, Beckham and Ronaldo and we managed to outplayed them at home. Moreover, we didn`t deserve to lose in Madrid as they scored an offside goal to win 1-0.

“Matthaus was 42 years old when he took over but he could easily play with us. Actually, during pre-season and training sessions, he trained with us, probably trained better than we did. Such a big football name meant a lot to us, he had the authority and did miracles for the team`s mentality. But, during our final meeting at the dressing room ahead of Newcastle away, Taribo West asked Matthaus to leave the room. We found this request strange, but being as experienced as he is, Lothar went out followed by Taribo`s speech who said that Gods are with us and how we are going to win. As much as comical as it was, it did add a lot to our confidence and we felt even stronger ahead of the kick-off”.

That`s all in the past now. Cirkovic looked forward to the restart of the 2022/23 season.

“We all want Partizan to play attacking football game. Sporting Director Ivica Kralj stated that as well and I have no doubts we`ll play as such. Boss Gordan Petric is loved by the fans for his honesty and straight-forward thinking. He just needs to keep on doing the good work and we`ll be even stronger after the break”, said Cirkovic.