Partizan players ahead of the cup final 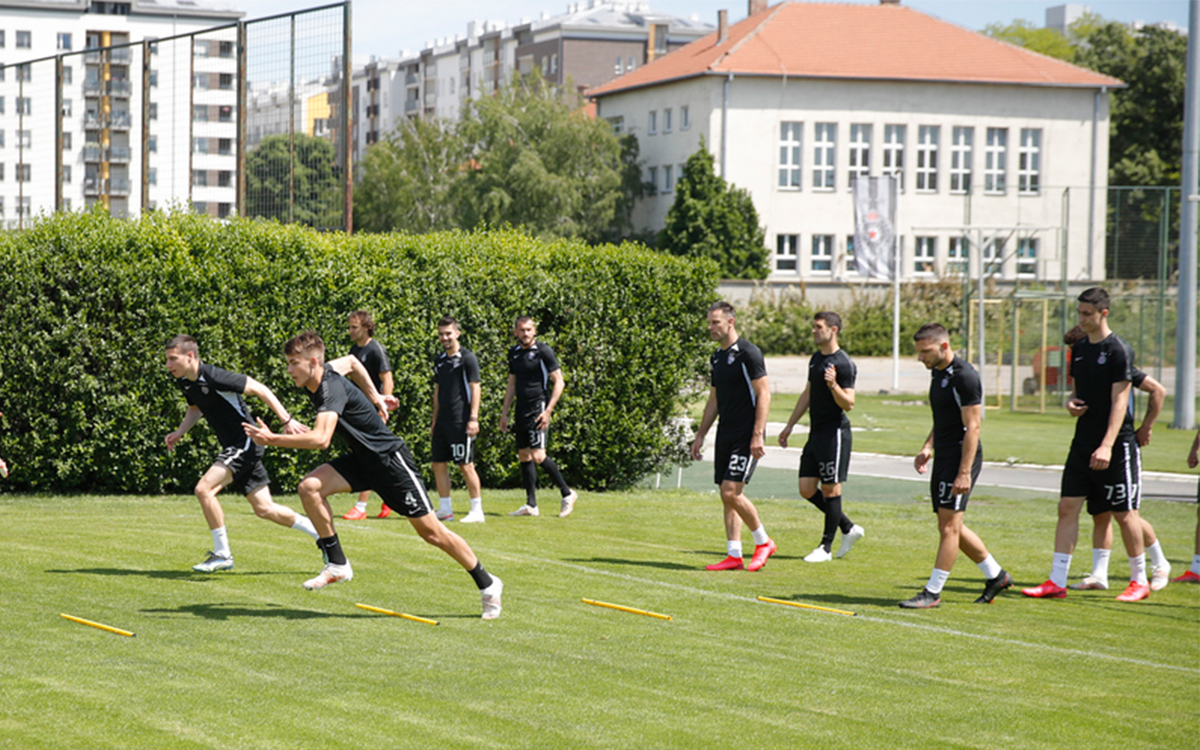 Partizan squad is getting ready for the Serbian cup final and we spoke to number of players ahead of final game of the season – Filip Holender, Aleksandar Scekic, Slobodan Urosevic, Svetozar Markovic and Nemanja Jovic.

“Expectations are always positive. We expect to win, of course. It`s a tough meeting, it`s final, but we are positive”, says winger/forward Filip Holender.

“We have one more game left, to finish this season on a high. We`ll do our best to try and win the game and lift the trophy”, says left-back Slobodan Urosevic.

“Final game of the season, cup final. It`s going to be extremely tough but we`ll want to win it, get the trophy and please our fans and all of us here”, says defensive midfielder Aleksandar Scekic.

“Surely, all of expect to win it, all players and coaches. We`ll try to get ready for it in a best possible way and win one trophy this season”, says centre-back Svetozar Markovic.

“It`s a derby game, special meeting with strong motivation involved. We need to be cool-headed over those few days and go there to win it”, says winger Nemanja Jovic.

“Derby is not a beautiful thing to watch sometimes, it`s about competition and getting a result. It`s a one game and I`m sure it`s not going to be a pretty sight to watch”, says Svetozar Markovic.

“Derby is never an open game and I don`t expect it to be any different now when we have a trophy as a reward. I think it`s not going to be much of a beautiful game as all of us will be out there to get a result”, says Slobodan Urosevic.

“There`s not much calculation involved in a derby, win is all that matters. Everything else gets forgotten within a day”, says Aleksandar Scekic.

Considering Covid-19 measures all still in place, there`ll be no attendance in a cup final.

“That`s negative for all of us but we have to accept it. It`s been too long now and I love playing in front of the fans. I hope they`ll be back on the stands as soon as possible”, says Filip Holender.

“Derby without fans is not the same. We kind of forgot what it is like to play with fans on the stands. We`d love to have them with, but this is how it is. We cannot wait to see them back on the stands”, says Svetozar Markovic.

“I`m getting ready for the cup final in a usual way. We are all here and focused on the game, resting at the club centre ahead of it, eagerly awaiting for the final to start”, says Nemanja Jovic.