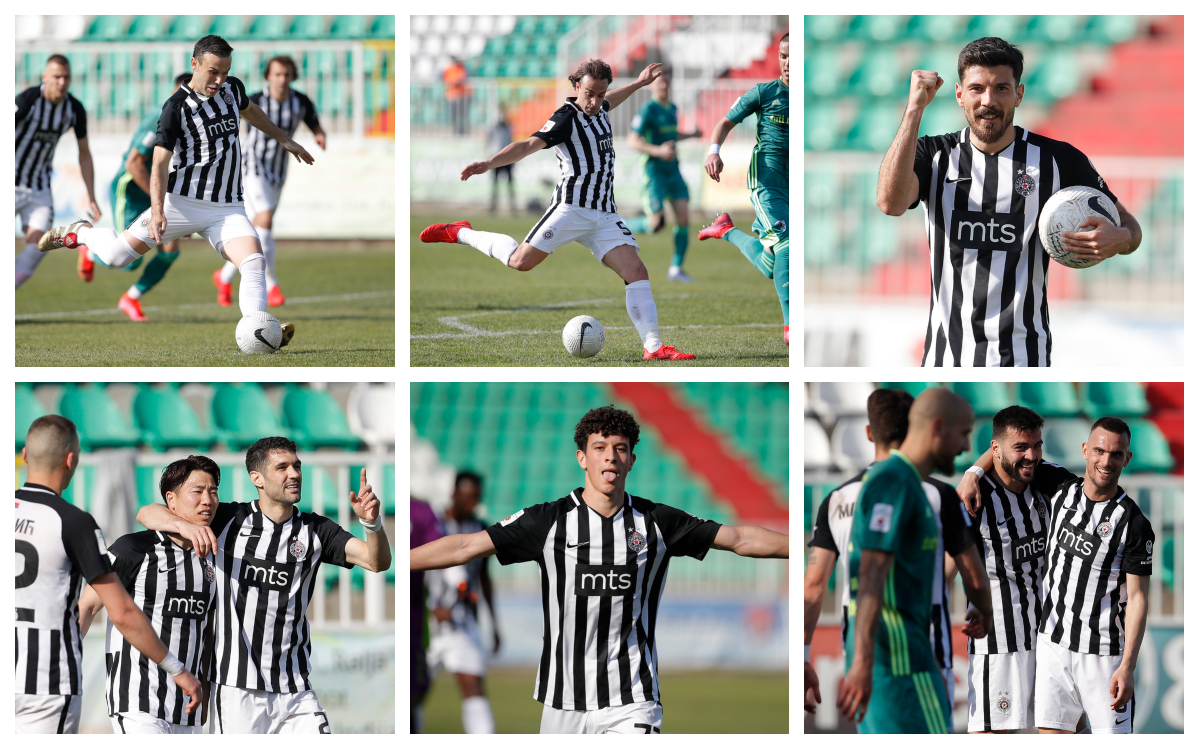 Partizan won Indjija 6-0 away with a total of six players getting onto the scoresheet. Natcho scored his 14th Partizan goal from the spot, Lazar Markovic his 7th this season, Milos Jojic his first. Takuma Asano just keeps assisting and scoring, Igor Vujacic scored his second in a row and youngster Jovic was the one to complete the scoreline.

We spoke to some of the goalscorers after the game.

-I do my best and boss and my teammates have faith in me and I justified their trust with another penalty spot goal. It`s not easy, but I hope for more of the same as long as I play for Partizan. We have Vojvodina next, it`s going to be tough as they have a good team and play well. But, if we are going to be on required level, we are going to win. I hope we`ll be fully focused and do our part of the job. That`s what really matters.

-Indjija is uncomfortable opponent. They don`t play behind the ball and pressure you high on the field. But, when you score an opener timely, things get easier. We scored early in the game and had less pressure afterwards. I think it wasn`t so pretty to watch although we scored six goals so it kind of makes it interesting encounter for sure. We could have scored more, we had some opportunities from set-pieces and open play.  But, we came here to win three points and we deserved to win. Now, it Vojvodina at home and we need to recover and get ready for this Tuesday`s encounter. Vojvodina is up there in the standings and one of the better sides this season. It`s going to be the star game of next round. We are at home, in a good form, I believe in this team and my teammates to continue this winning streak.

-It`s good we scored early, that was crucial. Indjija is tough, strong team. Boss presented me with another playing opportunity and I paid it back with a goal. That means a lot for my confidence. Most importantly, we are winning, gaining experience and getting more confidence.

-Once again, I had good opportunity in the first half, something we practiced during training sessions. I beat my marker but missed the target. When I did score, I had a bit of luck as it was a rebound off the post and all I had to do is tap the ball in. Nevertheless, I`m happy to score my second Partizan goal. I hope for more but I can`t make any promises. Most importantly, we didn`t concede.