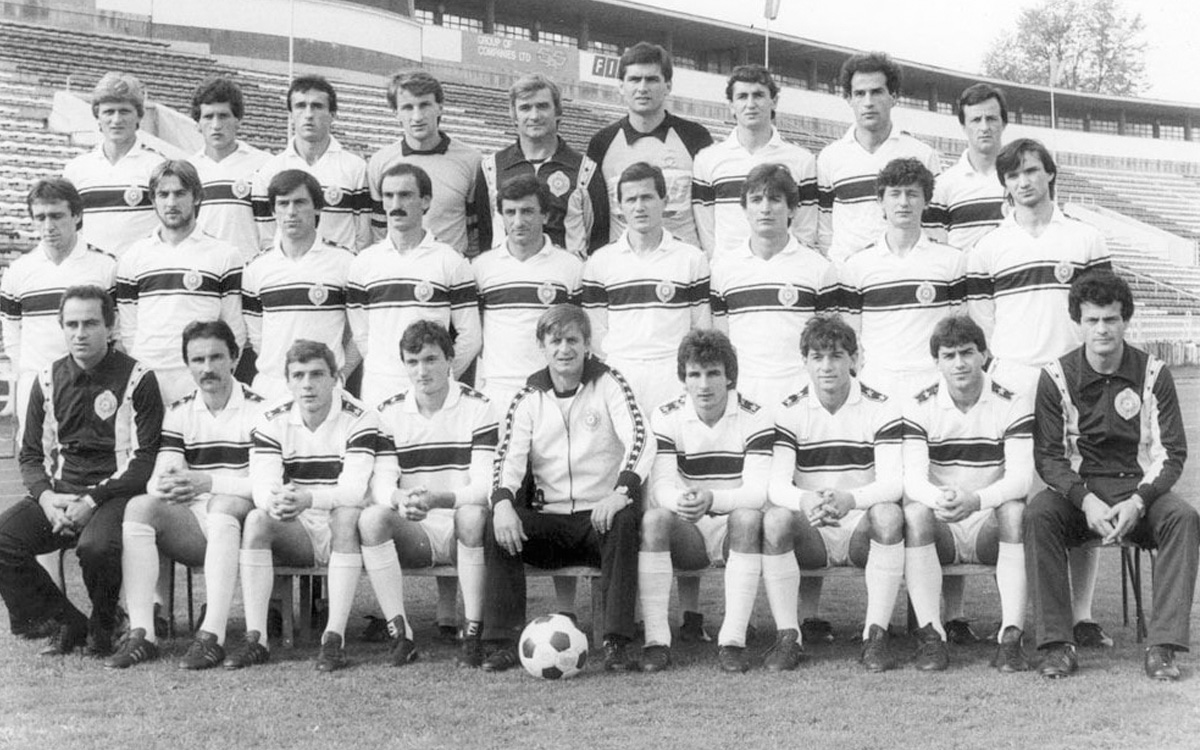 On this day, 4th of June 1983, Partizan won Belgrade`s Eternal derby 3-2 and made a significant step towards ninth title for the club after a five-year drought.

Prior to the kick-off, there was an announcement via PA system – title rivals Dinamo Zagreb lost away to Velez Mostar and as Partizan had a game in hand and one point advantage, it was clear Eternal derby had even more importance. After a several poor seasons, a win was to get Partizan so close to the title.

Partizan Stadium was packed. More than 50,000 fans watched Partizan taking the lead via Zvonko Varga on 35 and doubling it on 61 with a goal from Dragan Mance. Visitors halved Partizan lead three mins later but Mance scored a brace on 76 and visitors late goal for a 3-2 final score was a mere consolation.

Therefore, three rounds before the end of the season, Partizan had a three point lead ahead of Hajduk Split and Dinamo Zagreb, 6 points advantage over fourth-placed Radnicki Nis.

Besides brace-boy Mance, who also hit the crossbar before the Partizan opener, Admir Smajic and Zvonko Varga also stood out in an overall great performance from Partizan team.

“We deserved to win after a great performance over bitter rivals. This was a top-notch game from my players and I congratulate them wholeheartedly. This is true football, this is true Partizan” – said Partizan boss Milos Milutinovic.

“I promised to score two goals and that`s what I did. Now, leave me alone and let me enjoy this win” – said Dragan Mance.