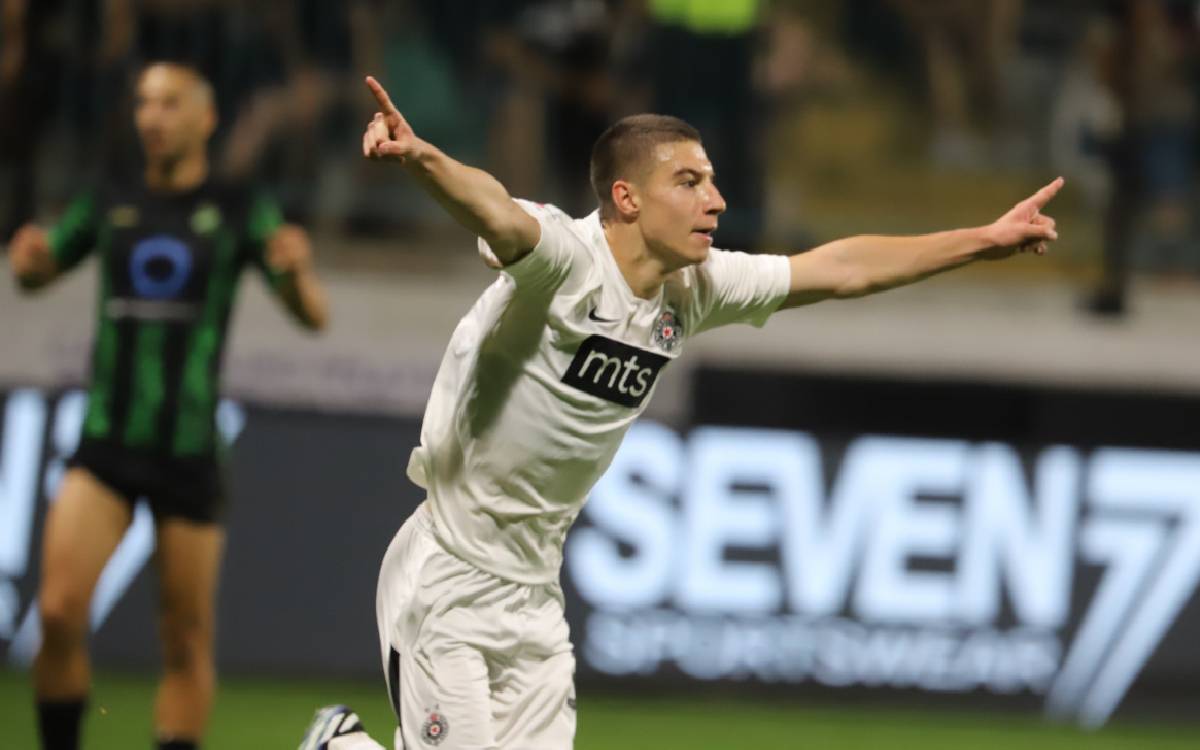 Partizan won Kolubara 4-0 away in a SSL round 6 match. Ricardo scored a brace, Lutovac scored after a two-year drought and Nikola Terzic scored his first ever Partizan goals. We spoke to 21-year old winger after the game.

“I can`t really describe my joy after everything that`s happened to me lately, after 90th minute assist against Sochi and this goal against Kolubara. I`m truly over the moon”, said Terzic.

You signed to Partizan from Cukaricki back in February after a loan spell at IMT.

“When I first arrived to Partizan it was much harder. I made my debut in the second part of the championship and did the pre-season with the team. I was ready for it and I understood working philosophy. Now I know more about this team and boss Stanojevic`s demands. All I needed to do was to train, play and prove myself to the team and coaches. I learned a lot with the help of my teammates. Us, younger players, we all sit down after the training sessions and talk about last game played, how good or bad it was, how we can do things better”.

What are your impressions regarding boss Stanojevic?

“Everyone knows exactly what his job is, you cannot lose focus at any moment. Everyone will get an opportunity to play, all you need to do is to prove yourself”, said Nikola Terzic.

You asked to be fifth penalty-taker against Sochi but your teammates did the business before you were supposed to take the kick.

“I had no problem taking the fifth penalty at that moment. I felt great and I raised my hand without any outside pressure. I had no shivers, I just trusted the team and myself. What matters is that we eliminated Sochi and continued our European race”.

Now, we have return leg against Santa Clara on Thursday.

“We finished Kolubara match, now we turn to Thursday`s encounter against Santa Clara. That`s incredibly important game for us. We play it in front of home crowd and it`s will be a different meeting compare to the one away in Portugal”.

What are your expectations?

“Of course, we`ll go out there to win, as we always do. We hope we can reach group stage”, said Nikola Terzic.