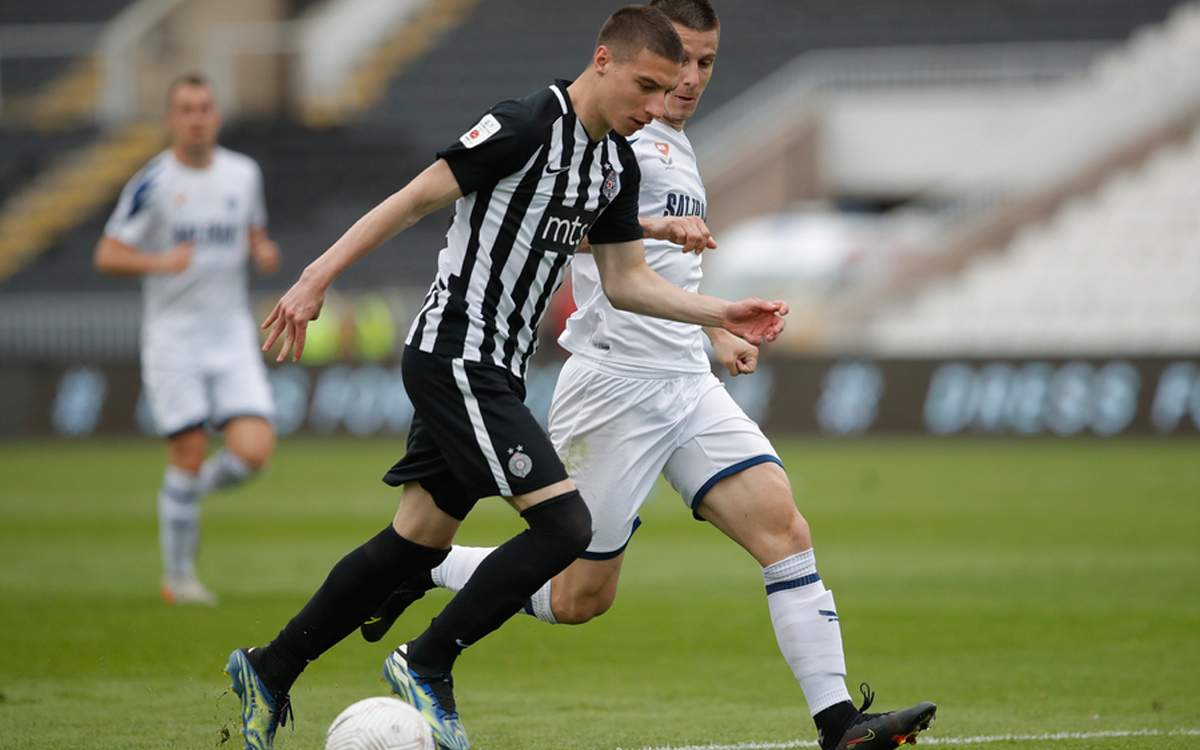 20-year old winger Nikola Terzic made his cameo debut in a Partizan 3-1 win over TSC coming in for Milos Jojic on 77.

Terzic started this season on loan to IMT and scored 11 goals for this second-tier side only to be called back from loan in February:

“I had shivers since the day I heard about option of me returning to Partizan, I was only thinking about that. Of course, I was fully aware this is the time I have to train, prove myself and expect my opportunity in pre-season after this one`s over. I`m happy I speeded up the process and debuted yesterday. I somehow hoped it could happen but I was far from sure” – said Nikola Terzic.

How much did you change or matured since arriving back to Partizan?

“When you are in such surroundings of coaching team and players it`s impossible not to mature. I share the dressing room with great players who I can learn from a lot. They also advice me and support me off the pitch. I spend my time with all of them and they took me on as one of their own”.

-I want to leave great legacy at Partizan and to meet fan`s and my own expectations”.