Nikola Lakcevic on the road to recovery 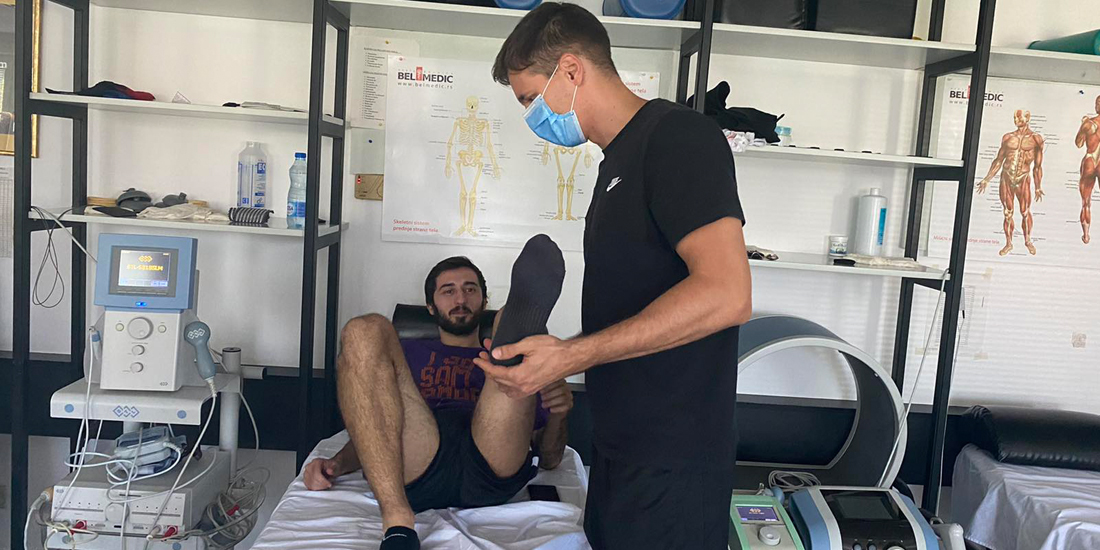 -Nikola is in week three of rehabilitation and so far everything goes as planned. He is actually lucky compared to other players with similar injuries as there`s no swelling. We work on increasing his knee joint movement volume as well as on atrophied muscles. Slowly but surely, we move forward, said Igor Krtinic. Lakcevic picked up an injury in a match against Spartak Subotica, coming in as a sub on the hour and leaving the field some 15 mins later.

-I feel great although these therapies are quite strenuous, each session three or four hours long. It`s far from easy, especially as bending can be painful. But, I`m putting on a brave face with desire to return to action as soon as possible, said Nikola Lakcevic.