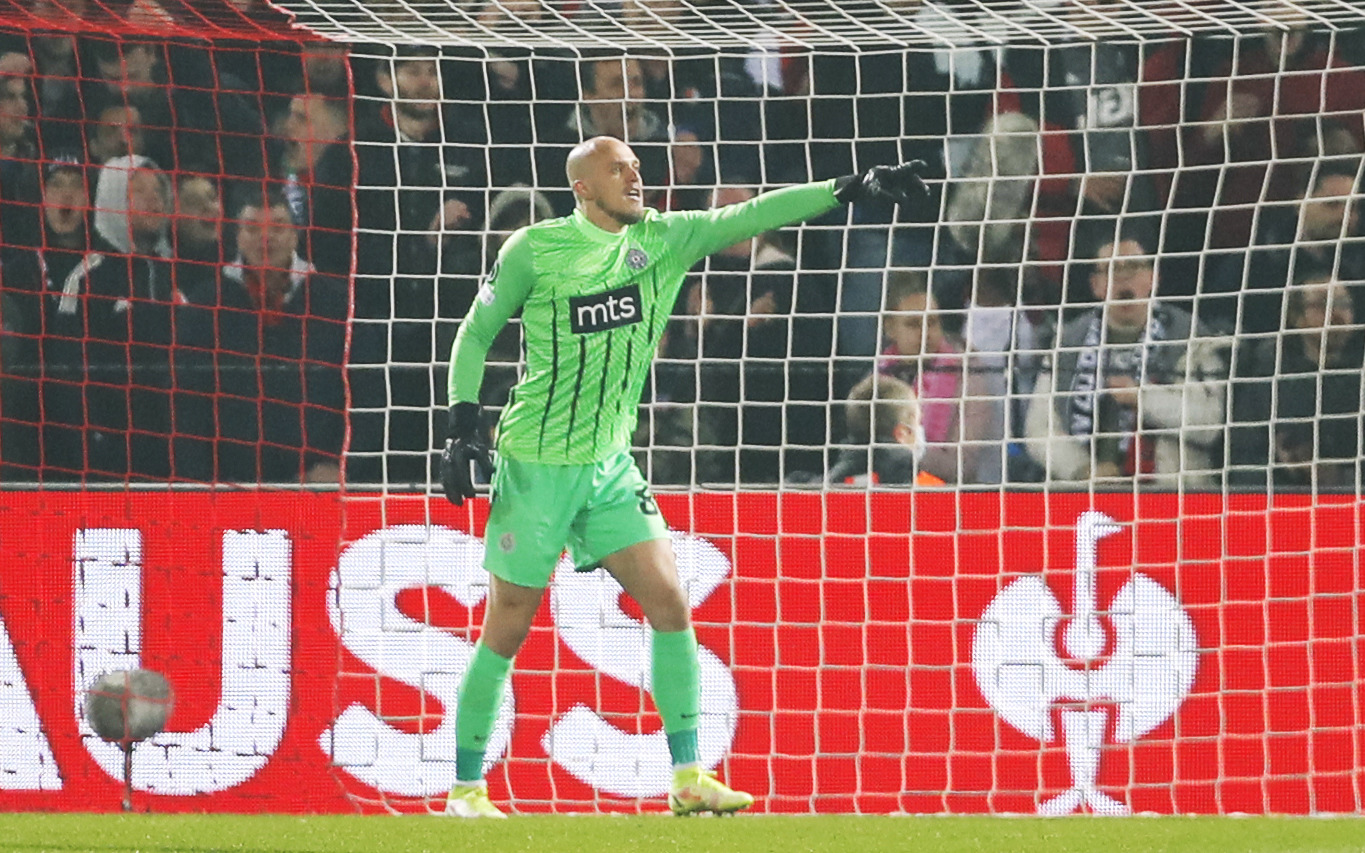 This is sixth Partizan season for 29-year-old Stevanovic who won a double with the club back in 2017.

“What can I say besides that I`m happy and honoured to extend my Partizan contract for the third time. After this deal`s expiry, it will be eight years how I`m Partizan player. I hope I`ll be part of the club after that as well, finishing my career at Partizan”, said Nemanja Stevanovic upon signing.

Partizan is battling for the title this season and you were part of the team who won the double in 2017.

“Those are the feelings to keep for the rest of your life and something you remember with fondness. There`s nothing more beautiful than winning the title with Partizan. Back then and now, I don`t have much time to think about it. Simply, you go out onto the pitch and all you know is that you have to win each and every game. That`s the road towards the title”.

Partizan reached last 16 of UEFA Conference League this season and, more importantly, team is still in title contention. Can you compare this season with the title-winning one?

“Back then, when we won the title, we were slightly under less pressure as we didn`t play in European competition and we were able to focus on domestic matters. This year, Europe took its toll, we lost too much energy and spared too many emotions, but we show same level of togetherness as we did back in 2017. We were in the 2017 title battle until the very end and that`s expected to happen now too. I`m sure we`ll come out as winners again, picking up league trophy with the help of our fans”.

I`d say you are of those keepers who love pressure?

“It`s pressure at Partizan every day, it makes Partizan what it is. Personally, I love to play under pressure, I love challenges and targets. It`s more inspirational for me.

What is your greatest goalkeeping virtue? I see you speak a lot with your teammates during the game.

“I love to talk to command. As a goalie, I can see the whole length of the pitch and I think me talking helps my teammates. I can warn of them of situations they might not see, make them play it better. I also help myself, as I keep good focus on the game”.

When and why you had the biggest rush of adrenaline playing for Partizan?

“Eternal derby is the game of all games, no game can compare with it. But, to have good mood ahead of the derby, to have a good position on the standings, each game is the matter of life and death for us. At Partizan, you always aim to win and you cannot single out any match or take it for granted”.

Although you are in your sixth year with Partizan, you made your European debut home to Sochi this season.

“It was really nice there, incredible feeling. When you see those playing conditions, you feel like a true player. Their pitch surface was perfect, it`s easy for you to find inspiration in such matches. You just have to go out, play well and enjoy”.

It`s always hard for a goalkeeper when the ball goes into his net. Fans seem to like but how do you deal with negative comments?

“I have a great communication with fans. They recognized I`m there for the club at any given moment, how I give my best between the posts and from the bench. When I concede a goal, we all concede, I don`t see it personally. Also, when I don`t concede, I always praise my teammates starting from forwards. Defence starts in the attack and it finishes with me. Negative comments are not really hard to swallow. I`m experienced enough not to read such things. After the game I talk to former goalies Jovsic, Krajl and Sevo, their comments mean to me, good or bad. I always love to hear comments from people who achieved something in football”.

Partizan is still in a title race with a win away to Radnik.

“We won, showed our character and readiness to win the title. We were one-nil down and played on a shameful pitch surface, you don`t want to play on such pitches in fifth-tier. Eventually, we managed to win very good Radnik team. This win means a lot to us for various reasons. Title race continues and we are ready for it”.

I assume you would love to be part of Eternal derby?

“Of course I would, that`s what every player wants. As a child, you dream of playing derby game, you don`t dream about playing for Real Madrid. I played one and I came on as a sub once. We won both derbies 1-0. I hope we`ll win upcoming Eternal derby and get a step closer to the title”, said Nemanja Stevanovic.