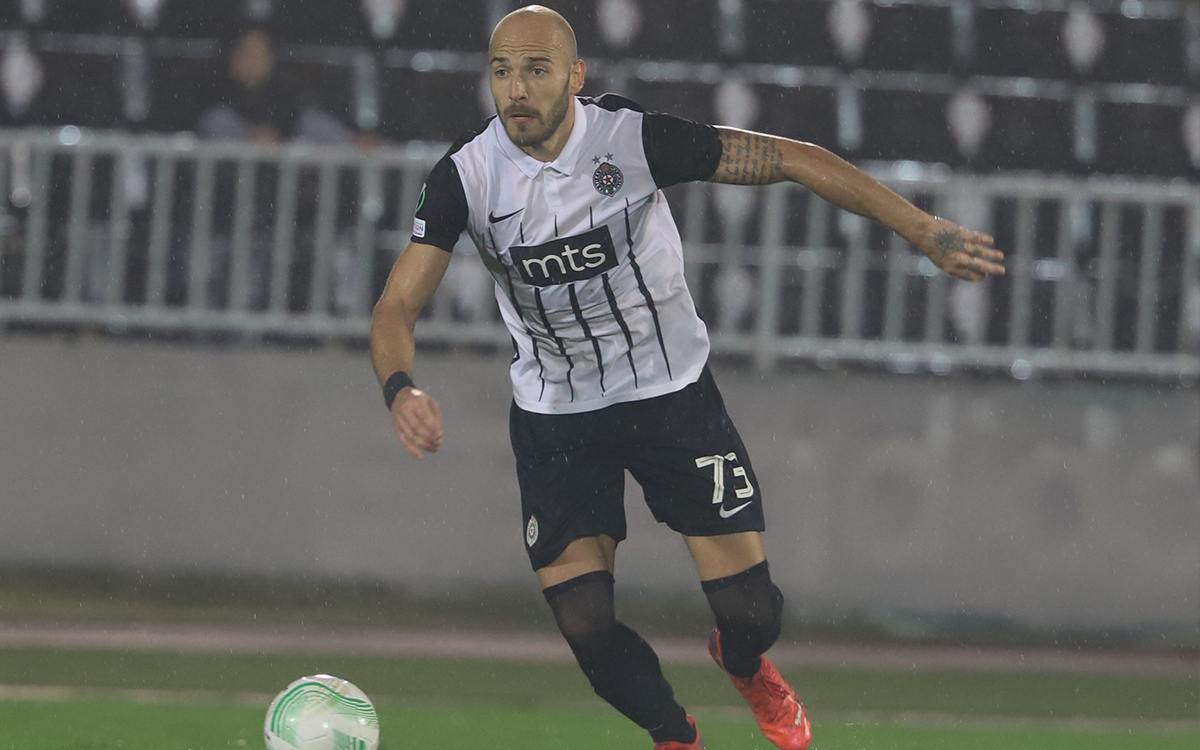 Centre-back Nemanja Miletic played his first European game upon his return to Partizan and capped it with a win and clean sheet achieved.

“It`s incredible feeling, especially as I`m back to my natural playing position. I`m glad we won and didn`t concede. I can also say we are almost through to the next round. But, we have to forget this match as soon as possible as we have a tough Napredak game on Sunday. However, I`m generally pleased”, said Miletic.

Unfortunately, weather was bad but I have to thank those who attended the game and gave us support. I hope we`ll have packed stands for Gent game. Gent is competing for the top spot with us”.

Centre-back pairing – Vujacic and Miletic – seems to be working well.

“It feels like I already played alongside Vujacic, Ostojic and Sanicanin. I really blended in quick as most of the players were there in my last Partizan term. I worked hard with the boss and after video analysis I adapted fast. It`s easy to blend in when you are in a good team”.

Partizan is away to Napredak on Sunday.

“They always cause us trouble, especially at their ground. We have to get ready for that game, to remain top of the pile. Flora game is already behind us, it`s nice we won it but we have Napredak in three days and we need to win that one”, said Miletic.