Nemanja Jovic: We should have scored more 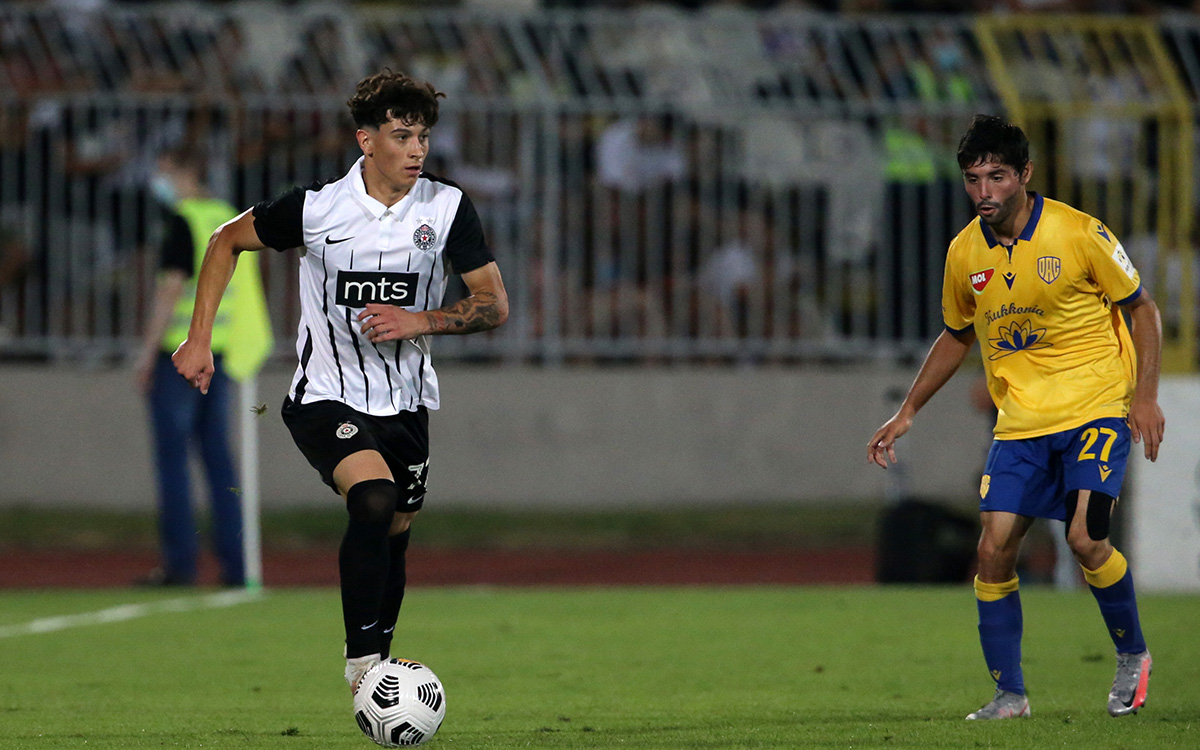 Young Partizan winger Nemanja Jovic made his European debut last night. He spoke to Partizan website after the game:

“First of all, I would like to congratulate my team on good and aggressive game from the go. I`d also want to congratulate our coaching staff and management on a first home win of the season and good start overall. On the other hand, we should have won more convincingly. We missed a lot of opportunities for us to have safer trip to Slovakia. As for me personally, I feel bad for not scoring but I`d like to thank boss Stanojevic for his support and patience. I hope I`ll make amends in the second leg. This was my first home game with fans on the stands and it`s truly great feeling when you have so much supporters behind you. It was really special even though you couldn`t have full capacity. I really want to play many games like this. As for Dunajska Streda, they are firm and aggressive opponent but I hope and believe we`ll go through to the next round”, said 18-year-old Jovic