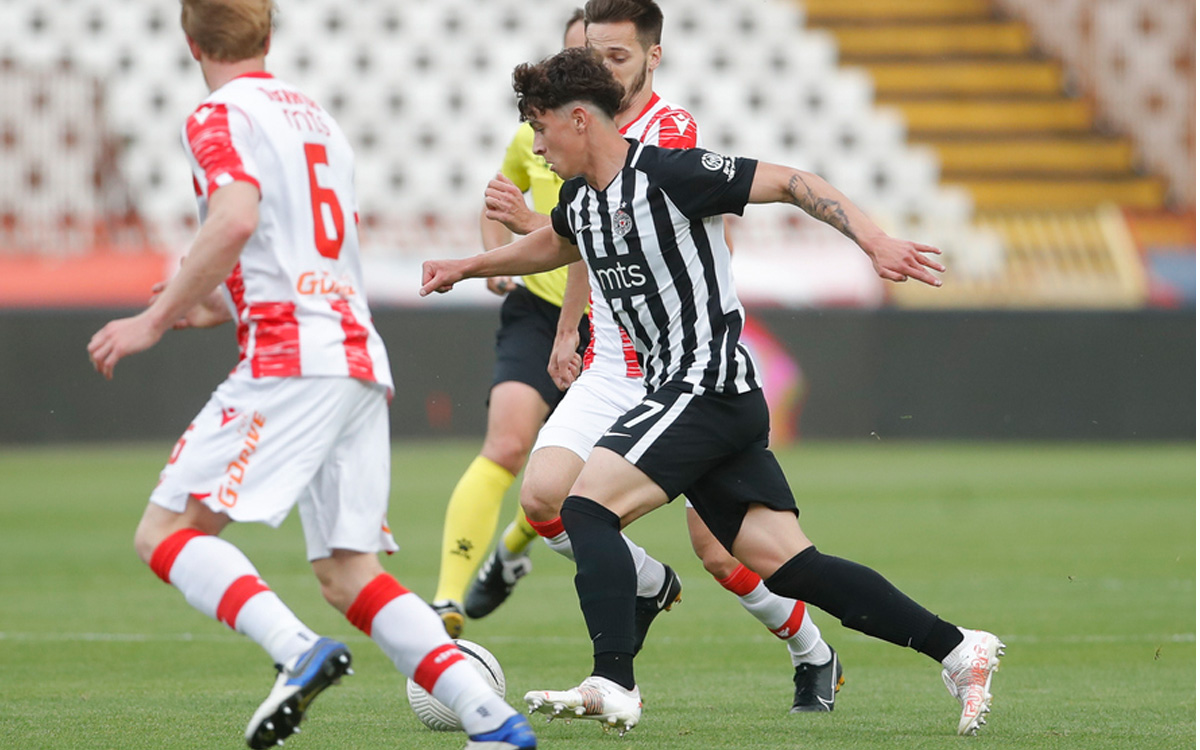 Statistically speaking, 18-year old Nemanja Jovic will start his third senior Partizan season this summer but he only started playing regularly in the second part of the season behind us. Before that, he made a cameo appearance in a final game before 2020-21 winter break.

Soon to turn 19, boy from Zvornik made 21 official Partizan appearances so far and he will look back at this season fondly for many reasons  – Jovic scored 5 goals and added  2 assists to his name and finally, received a Serbian senior national team call-up few days ago.

He already played for Serbian youths and now he is away in Japan with seniors to take part in two friendlies – against Japan and Jamaica – as the only member of Partizan squad within the national team.

“I don`t know what to say, everything happened so fast this year. I became Partizan regular, scored goals and now this national team call came up. I already booked summer holiday, that`s how surprising it was. Now, I`ll have to cancel it. But, I`m far from unhappy, it`s a dream come true to be part of senior national team and I`m over the moon now” – said Nemanja Jovic and revealed how his first chat with national team coach Dragan Stojkovic looked like:

-It`s incredible feeling to be able to train with the best this country can offer and to work with such coach. When I arrived he congratulated me on a good season and wished me all the best in the future, to keep working hard and advance. I`m convinced I`ll be better player after this Serbian tour, this is an incredible experience for me. Everyone took me on great and if I have to pick one player, I have a best connection with Mihajlo Ristic.

When you receive a call-up as an 18-year old and after a few months of regular senior football, it means you did something really good. But, Jovic is aware he needs to prove himself a lot more in the future:

-This is just the beginning and it`s on me to keep working to make my game better. First of all, I d like to thank my coach Stanojevic who believed in me and gave me the opportunity to play while I did my best to prove him right. I just feel sorry we failed to win the cup as I truly believe we had quality to do so.