Nemanja Jovic after his sub appearance in cup semi 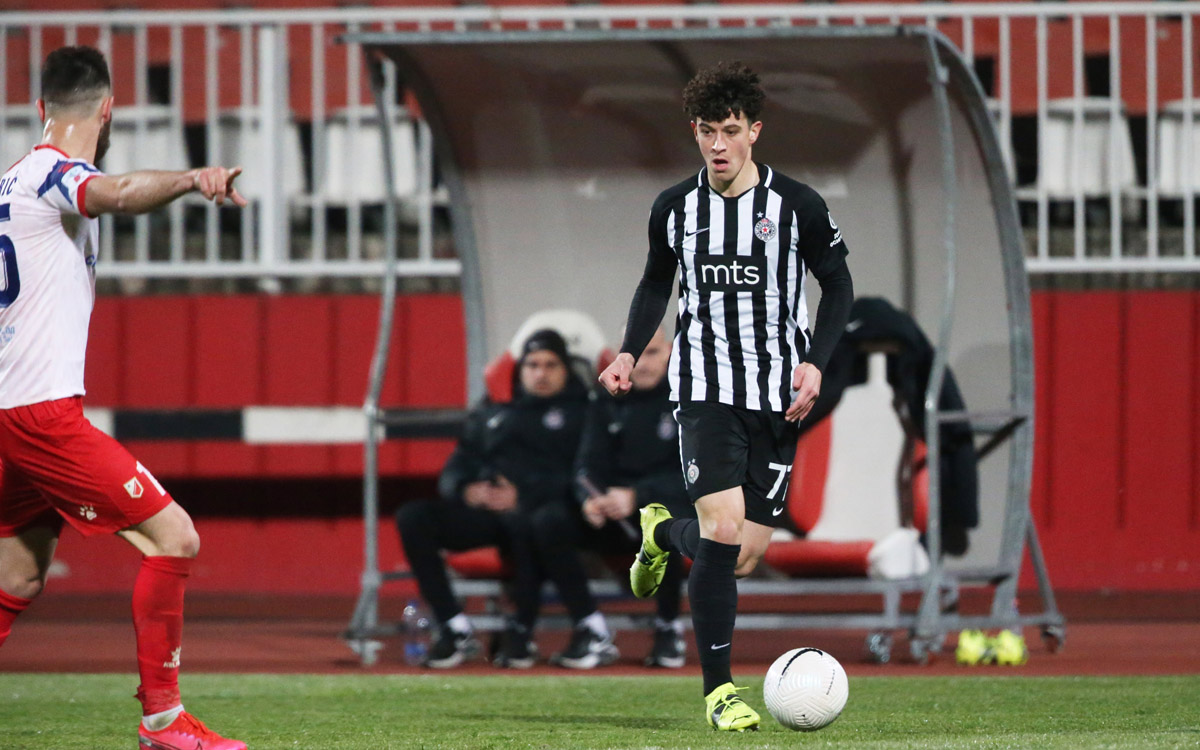 18-year old Nemanja Jovic came on for Natcho on 72 against Vojvodina on Wednesday and received lots praise for yet another convincing performance. He set-up one of the best opportunities of the game and was close to score a cheeky back-heel goal.

We spoke to young attacking midfielder after the game:

“To be honest, I`m still not aware of everything that`s going on around me but praises mean a lot to me, especially when they come from boss Stanojevic. I have a great respect for him both as a coach and as a person. I think I played good enough as a sub, I helped the team keep a single goal lead and we reached cup final” – said Nemanja Jovic.

Did you expect to come on?

“I was warming-up early in second half so I expected to come in. I was ready for the game, I was so eager to play. I wish I spent more minutes on the pitch but we won and that`s all that matters”.

How much did you change over the past few months since you became a regular fixture in this Partizan side?

“I can say I matured. It`s a step forward and it`s easier with each new game. But, I have a lot of work ahead of me if I `m to advance, a lot of work”.