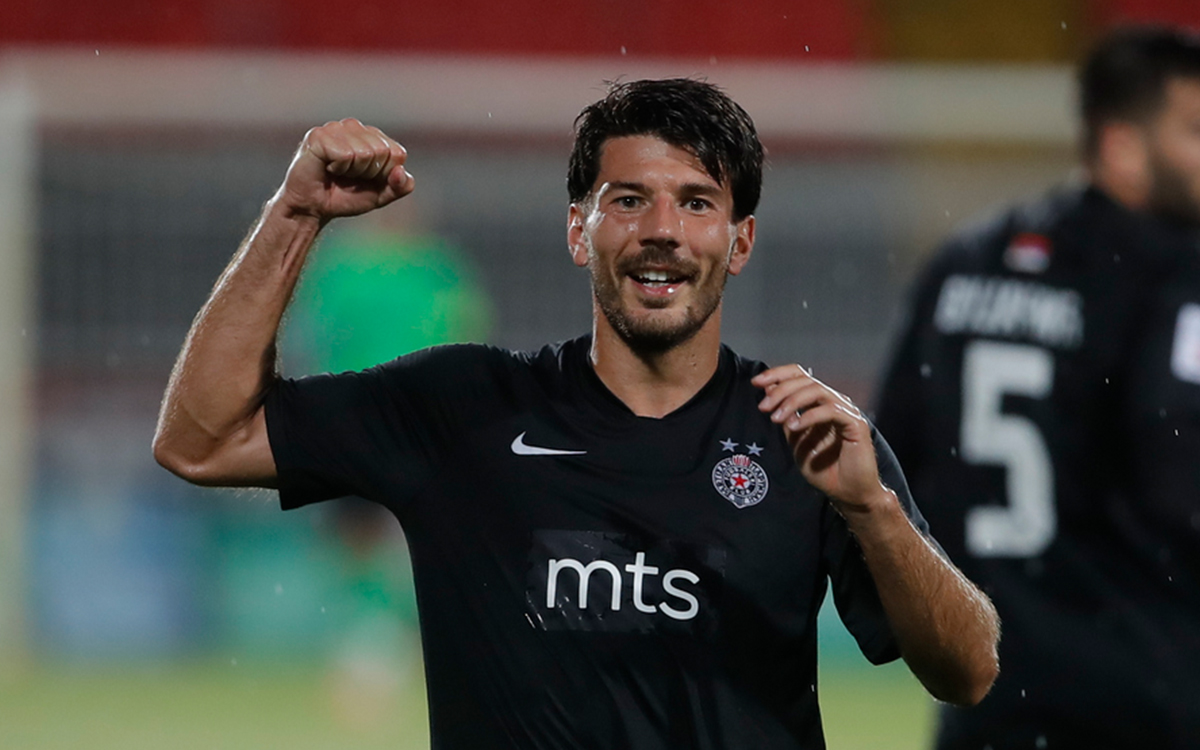 Midfielder Milos Jojic scored last of the four Partizan goals away to Proleter last night. As a result, Partizan is top of the pile after 4 years and 57 days.

“We played a good game, especially in the first half when pitch surface was good enough to play on. We controlled the proceedings from the go. We got the opportunity to score from a free-kick as well and I took it well to score. We can be quite dangerous from set-pieces”, said Milos Jojic.

It was Danilo Pantic who won the free-kick Jojic scored from.

“Pantic worked great during pre-season. I`m glad he is back with us. He worked hard, played good in a recent friendlies as well as last night”.

“Great start for Ricardo, I`m happy for him. He is a quality player and he will mean a lot of us during this season. During the pre-season friendlies it was already clear what kind of player Ricardo is. I know a lot about him from his first spell with the club although I wasn’t there at the time”.

“It` going to be tough against one uncomfortable opponent. They are a young and aggressive side. We still don`t have a full info on them but I believe we`ll know more in the next few days. I believe in this team and our quality.  We are at home in front of our fans and I hope we`ll win”.

29-year-old midfielder underlines the importance of fan`s presence on the stands as well, after 18 months of no attendance.

“We all know what our fans are made of and how much of a boost they give us. They mean a lot to us and we missed them for over a year. We paid them back with a good start and I hope we`ll keep it going”.