Milos Jojic after win over Radnik 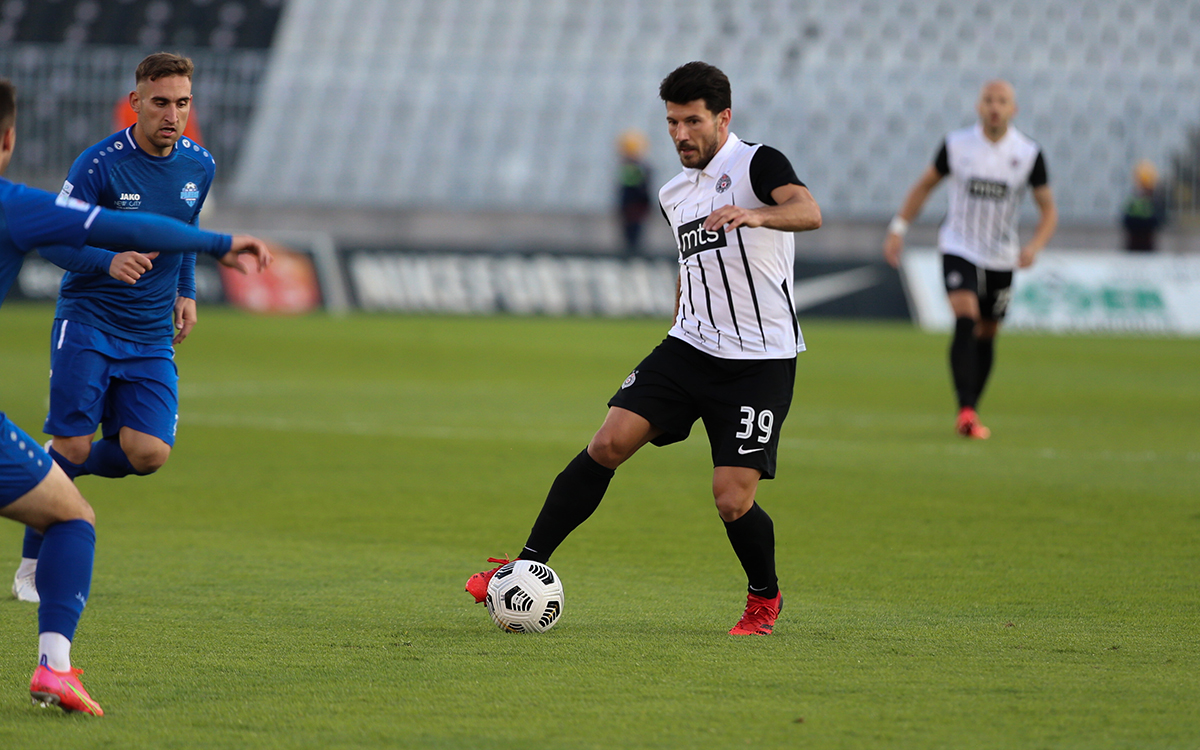 Partizan achieved another Linglong Tire Serbian Super Liga win by beating Radnik 2-0 at home, keeping the top spot as a result. We spoke to scorer of Partizan opener Milos Jojic after the game.

“Most importantly, we won three points and kept a cleanie. We knew what to expect, Radnik plays behind the ball and waits for a counter-attack opportunity. At the end, they didn`t get what they hoped for which means we prepared for this encounter and looked good on the field. We could have scored more but we have to be pleased with a 2-0 win as well. This is a good introduction for Thursday`s European game”, said Jojic.

Domestic championship is a priority but Partizan has high European ambitions as well.

“What matters is that we keep winning. We have Europe on Thursday and we want to get the best out of Conference League as well. We are preparing to win it and we`ll go for it. Playing at home, we hope for a great numbers at the stands and huge support”.

“I took a bit of a look at them since the draw, watched their results. They are down on their luck domestically, didn`t start the season well and their number of points won is below the expectations. But, it`s clear Gent is extremely uncomfortable side with number of good individuals”, said Jojic.