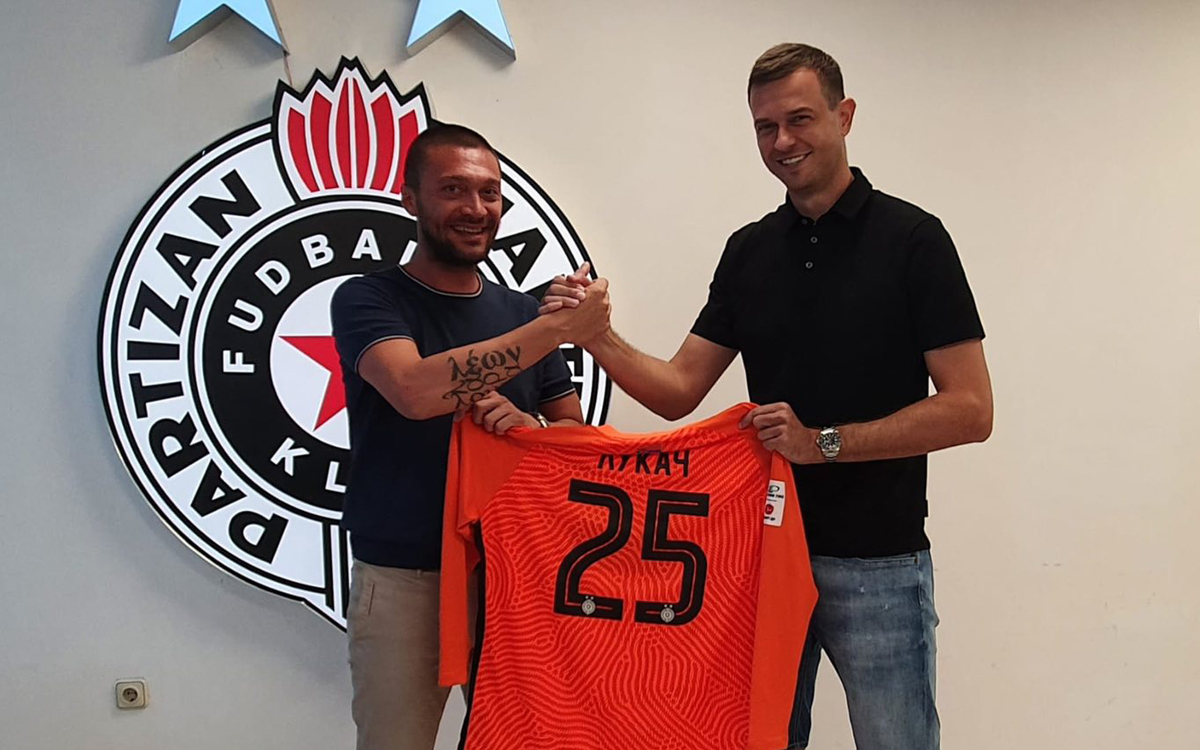 Goalkeeper Milan Lukac departed Partizan in 2015 and had  a successful career at Turkish club Akhisar where he made 116 appearances over a 6 year spell. Now, he returns to Partizan on a free transfer.

35-year old keeper made 46 apps for Partizan between 2013 and 2015, including famous two penalty saves in a 146th Eternal derby games, helping Partizan win its bitter rival 2-1.

We spoke to Lukac upon his return.

“First of all, I`d like to thank Ivica Kralj and Partizan goalie coach Nemanja Jovsic who got in touch with me. Of course, I would also like to thank club executives who enabled me to become part of black-and-white family again. The moment I heard Stojkovic has an offer from  Saudi Arabia, my thoughts turned to Partizan and my desire came through, to the mutual pleasure”, said Lukac.

Most of the former Partizan players follow Partizan games. Is it the same with you?

“Of course, I followed Partizan during the past six years, especially derby games and European ones. I also watched opening two games of this season Partizan played away in Novi Sad. I`m Partizan die-hard and I`m filled with joy when I see how the team looks on the pitch”.

You had successful career in Turkey, trophies involved?

“I would like to underline Turkish Cup won in 2018, Super Cup and group stage of Europa League. It was a historic success for a club Akhisar, beautiful memories”.

“Of course I`m happy to know these penalties get a mention. You don`t get that often and that`s something that will go down in history books. I had similar situations while in Turkey but nothing like I did here”.

What can we expect from Milan Lukac?

“I think I can give so much more and to help the club achieve highest goals with my experience. Of course, I want to be there as a support to my goalie teammates. I can say both of them, Popovic and Stevanovic, are quality, I cannot wait to join them”.

What do you about your new boss Stanojevic?

“I know players have high regard of him. He loves discipline, motivates and, most importantly, he gives his everything for the club”.