Marko Jevtovic on his return the club 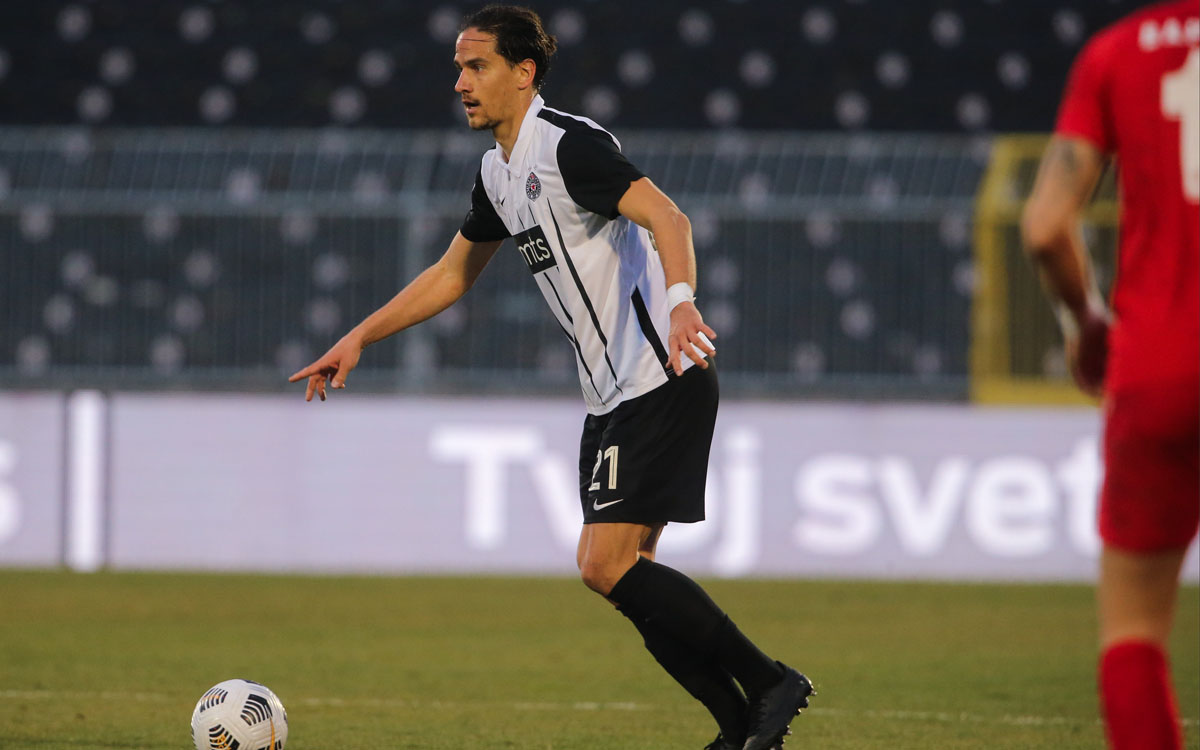 What are your impressions now that you are in your second spell with the club?

-I feel like I never departed actually. Many things are the same, some players I played with in my first spell with the club are here too, so it`s easier for me to settle. Coaching staff was clear what the demands are and what is expected from me personally. We have three wins out of three and that`s what really matters. I find it pleasant to be back at our stadium, it was quite emotional for me. I hope we`ll keep this pace as we have two – probably – most important games of the season so far coming up.

You won a double with Partizan under coach Marko Nikolic, so you are no stranger to trophies. We also have another European encounter coming up next Thursday.

-Europe is a big motivation for all of us, it`s about club`s and Serbian football ranking as well. Of course, it`s paramount we leave a good impression in Europe. I joined in January and the boys already had a brilliant half-season but that`s just what it is – a half. What matters is that we are happy and pleased in May.

Do you think Belgrade`s game against will be tougher? Due to a bad weather conditions, Sparta had game postponed, so they have more time to rest, while you keep playing two games a week.

-It`s the schedule that`s normal here. Personally, I found it hard as I didn`t take part in the winter preps but that`s how it is. We have to adapt to bad pitches and bad weather, all for the purpose of winning.

Our fans will be Partizan`s biggest advantage on Thursday.

-I expect big support from them. It`s good atmosphere and energy in and around the team and the support from fans means a lot to us. I was a fan myself until recently, I supported Partizan and I only had positive look on things.