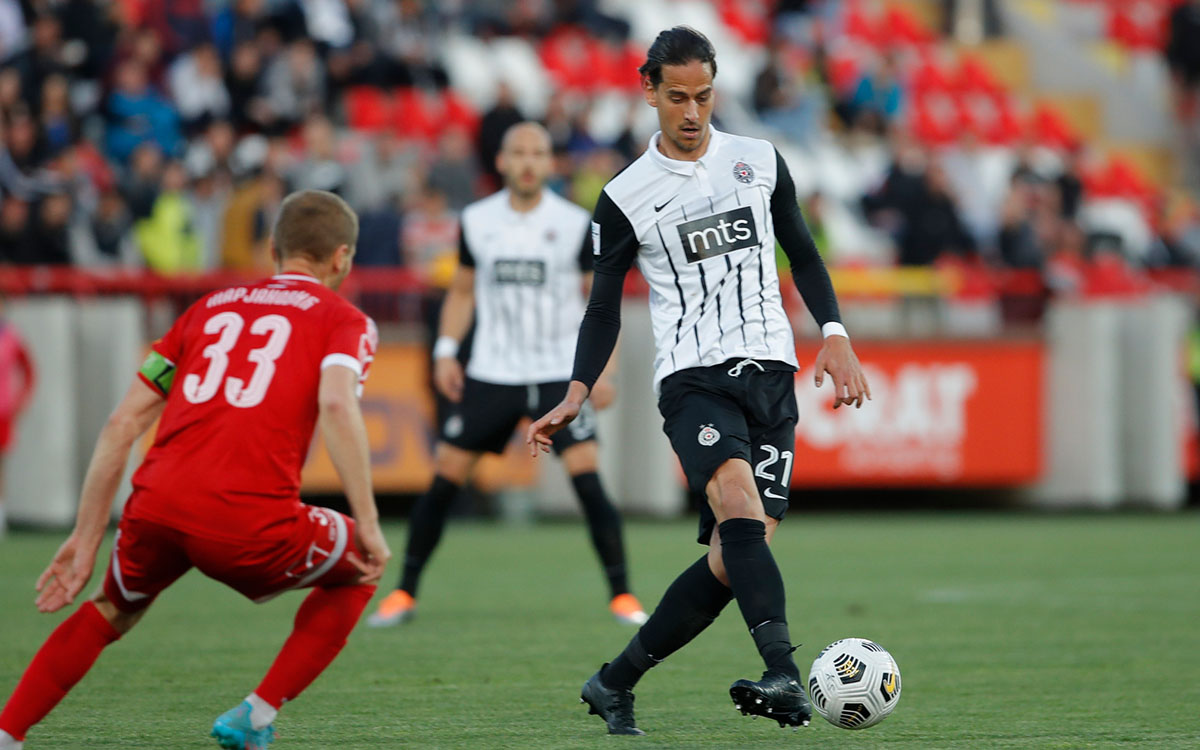 Partizan won Napredak 3-0 away in a Serbian Super Liga round 34 fixture. Marko Jevtovic scored his first Partizan goal in his second spell with the club. We spoke to 28-year old holding midfielder after the game.

“We`ll see what we did in 30 days. We have to be focused on each upcoming challenge as we are still in the battle for two domestic trophies and we`ll fight for each and every ball until the end of the season”, said Jevtovic.

You blended into this Partizan team in no time with number of fine performances to your name so far.

This is your first goal in your second spell with Partizan.

“Of course, I`m glad I scored when it was important but it`s important we keep winning, the scorers are not on my priority list”.

You won the league trophy with Partizan back in 2017, in a similarly close title battle.

“Yes, there were quite a few similarities back then. I remember we believed we could get the title back in 2017 as we do now. I can only promise the whole team will do their best to achieve our goal”.

Do you agree this team is a tight knit when it`s really tough?

“Before anything, we have ourselves to think about. We are in this together and we depend on each other. We would not be successful if it wasn’t like that and I can`t see us differently, it just can`t be different”.

For the last 20 mins of the gamer today, you played alongside Ljubomir Fejsa, Partizan player with most trophies to his name.

“Fejsa is Serbian football legend, someone who played on a top level for a long time and won numerous trophies. Personally, it`s a great honour having him here with us. His experience and skill will surely help us a lot. I want him to keep being successful as he was during his career”, said Marko Jevtovic.