Ljubomir Fejsa back in action 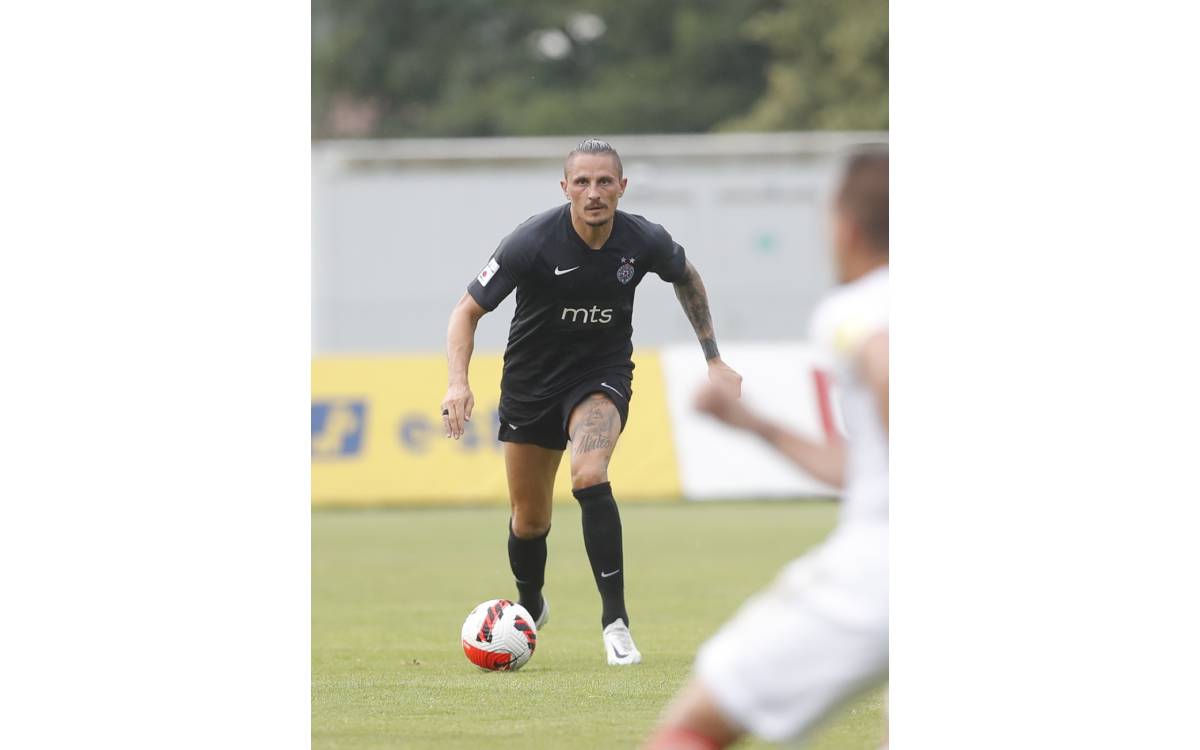 Ljubomir Fejsa, one of the most coveted and experienced Partizan players, returned to the club from abroad last season mid-term but barely played due to a long-term injury.

33-year-old defensive midfielder played two pre-season friendlies ahead of the new season and showed he will be one of the most important additions to the team. We spoke to Fejsa on his recovery, Partizan and season ahead of us.

You picked up injury during the early stages of last season`s winter preps in Turkey.

“I had a bit of a mishap on the training pitch and I thought it was nothing serious at first. But, after the scan it proved a long-term injury. There were actual rumours that I simply wasn`t fit to play but this is the reason I was sidelined. I was back and ready towards the end of the season and I`m glad I can now have a full pre-season with the team”.

You were criticized in the social media for being absent and allegedly not fit and now, after a couple of friendlies, everyone praises your performances. You had a lucrative career in Portugal, first spell in Partizan, did you ever experience such social media outbursts?

“I don`t really look at those comments. I know what I achieved in my career, what I won and how I played, good or bad. Comments will be there, that`s not up to me. I`m there to do my job and that`s what I will think about as long as I play the game”.

You are someone who won trophies wherever you played. How unlucky it was for Partizan not to win a single trophy last season?

“We had a good team, a good coach, a good results but we had no luck. Now we have a new season and new targets and we will battle to win lady luck as well”.

“Everything is kind of new but we need to get ready for the new season, that`s what really matters now. We played two friendlies so far, I played 45 minutes in a first one, a bit more today and I hope for more minutes. I think we`ll all be ready for the first competitive game”.

You played almost seven years in Benfica and now you are back to Serbian football scene, quite a different challenge overall.

“I love Partizan and I know how things work here. This is a big club battling for trophies every season. I want to battle for the title and that`s why I`m here. I`m back home in a club I love and I have no reason to be disappointed.

We need support of the fans this season as well.

“When we are on the pitch it`s fans who really matter. In Portugal, we had full support regardless of the match importance. They push you forward and you win games you might have not won otherwise. I hope for a more support for Partizan this season”.

We play a friendly against Fenerbahce next, our possible UEFA Europa League qualifiers opponent along with Dynamo Kyiv or Larnaca.

“Whoever we play, it`s not going to be an easy ride. It`s good we are going to play a friendly against Fener. They are the real deal, big club with great coach I know all about. Great final test ahead of the new season”.

What do you think about new signing Andrade? You, Ricardo and Andrade all speak Portuguese, as well as boss Stolica.

“He`s a great lad to start with, full of positivity. As a player, it`s clear he`s good and I expect him to be even better. He didn`t train for three weeks and he played today after only a couple of training sessions. I wish him all the best here hoping we`ll achieve lots of success together”.

How do you spend your time off here?

“I mainly sleep (laughs). I do go to swimming pool sometimes but it`s all about getting some rest”.