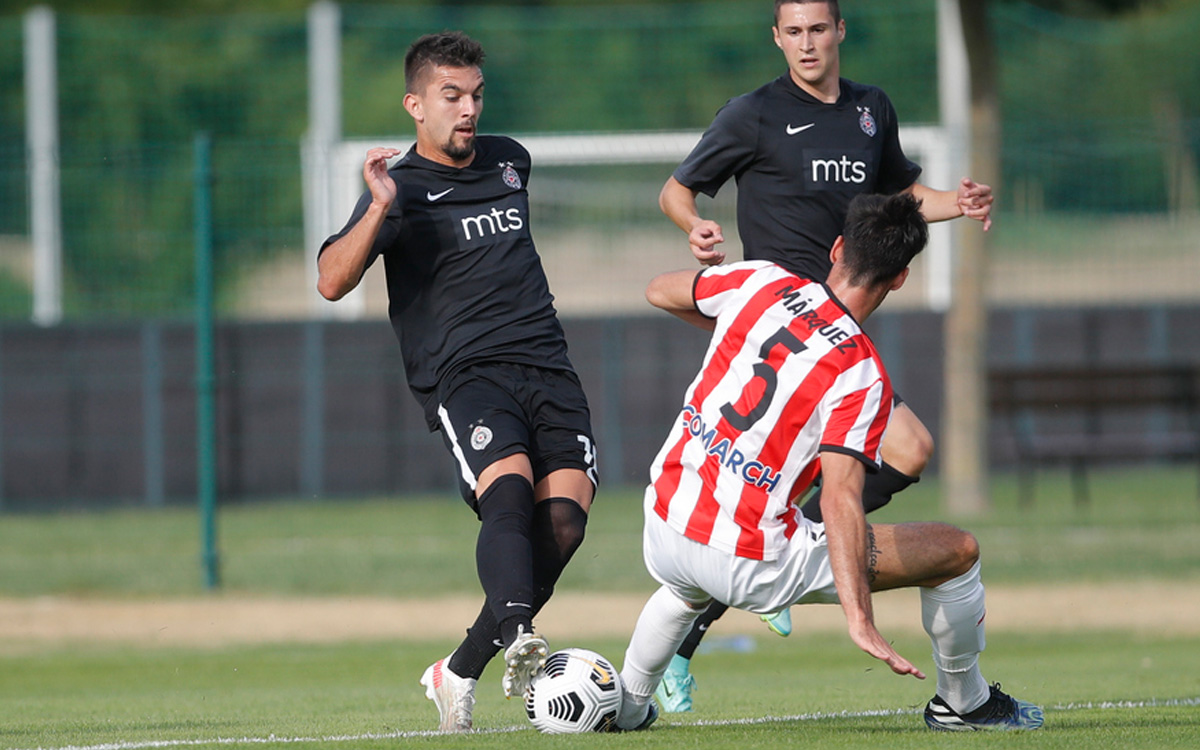 Ten days into the Slovenia pre-season preps, Partizan squad is engaging in less demanding training sessions. At this stage, it`s important to keep players injury-free as much as possible.

We spoke to 19-year old midfielder Lazar Pavlovic on his views of Slovenia part of pre-season preps.

“When we arrived here, we had two tough training sessions per day straight away. After ten days, the pace is slower and it`s easier now, but it was really hard at the beginning. Most importantly, there`s no major injuries”, said Lazar Pavlovic.

“I found that first friendly really hard, it took us a bit to pick up pace. Mura was extremely tough opponent and we were tired as a result of tough training. We only arrived to Slovenia and it was our first friendly of pre-season, the hardest one as a result”.

Pavlovic also looked back at his pre-season performances.

“Out of three, the last one was the best for me personally. I was pleased with my performance but I can do much better. There are things I need to change and I`m trying to change them. For example, I need more pace and less touches. I`ll try to fix that as soon as possible”.

“They are a strong side and it will be really hard but we will go out there to try and win it”.

Boss Stanojevic underlined he is more interested in individual abilities on the field, pre-season results are not of much importance to Partizan coach.

“Most importantly, we need to avoid injuries, to prepare for the upcoming season nicely and to be as fit as possible”.

“You advance more, as such. The decision who`ll get the opportunity is on our boss. We`ll all fight for our spot under the sun”, said Lazar Pavlovic.