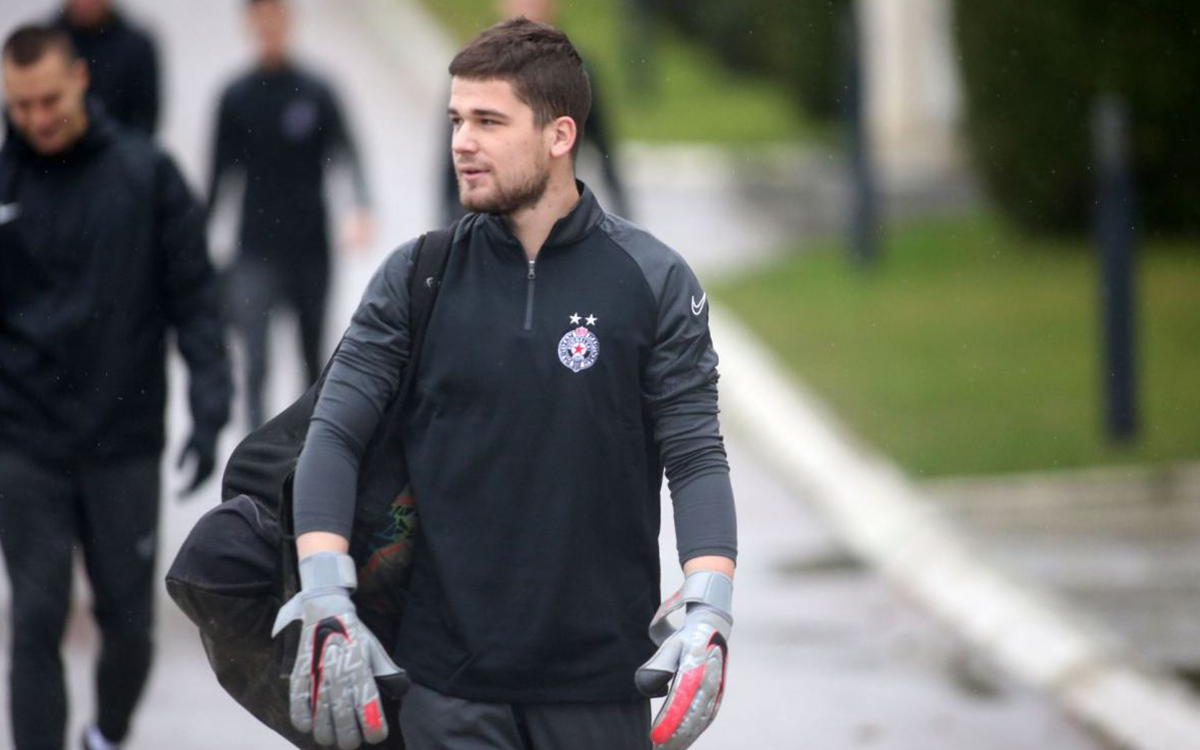 Young Teleoptik keeper Lazar Slavkovic is back in Partizan and he will be part of Partizan pre-season training camp in Slovenia.

“I can say one long season is behind me but, thank God, it was quite successful competitively and for my personal development which will surely help me in my further career. I was part of Partizan pre-season preps in Turkey but upon return I was sent to Teleoptik where we achieved great success by winning third-tier Serbian League with true team energy. From the start, from the round one, all the way to play-offs for second-tier, we lived and battled as one. We, as a team, know how hard this road to success was. We had lots of ups and downs, we enjoyed in our wins and felt sad when we had poor spells together, as one. We were one big family. As champions of the league, we still needed play-offs to move up and failing to do so struck us quite hard. However, I sincerely think we should be proud of ourselves for everything we`ve done over the season. I can only send a message to my last season`s teammates to keep their heads up and I`d like to thank them all for everything”, said 19-year-old Slavkovic.

“Surely, my first pre-season with Partizan did miracles for my form and meant a lot to me during the course of the season. To live and train with the boys, big names and legends, is a true privilege and honour. Looking at their high level made me think I can be there too, which did a lot for my confidence and I was ready for the season at Teleoptik both mentally and physically. I learned a lot from keepers coach Jovsic and I also “stole” some details from older goalkeeping colleagues, so I can combine it all and make my own goalkeeping style. Well, to be honest, I watched Stojkovic, Stevanovic and Popovic on TV one day and the next I was there training alongside them. In general, experience of working with the first team meant a lot to me”.

“As I said in my first club interview, my greatest desire is to be happy and I`ll be happy only if I spent as much time as possible on the field. I want to be healthy and ready to contribute to the team at any moment. Of course, double crown is our aim and greatest success for every Partizan fan”.

Your expectations from Slovenia pre-season?

“I`d like to thank Head Coach Aleksandar Stanojevic and Goalkeepers Coach Nemanja Jovsic for having faith in me and allowing me to be part of the team for a final bit of pre-season. God willing and healthy as possible, I`ll be there to prove them right and justify this honour and privilege. I`d also like to thank my Teleoptik teammates, coach Albert Nadj, all his coaching associates and goalie coach Djordje Pantic for a successful cooperation during the season behind us. I`m sure I wouldn`t be here thinking about Slovenia pre-season preps without them. Thank you all!”, said Lazar Slavkovic.