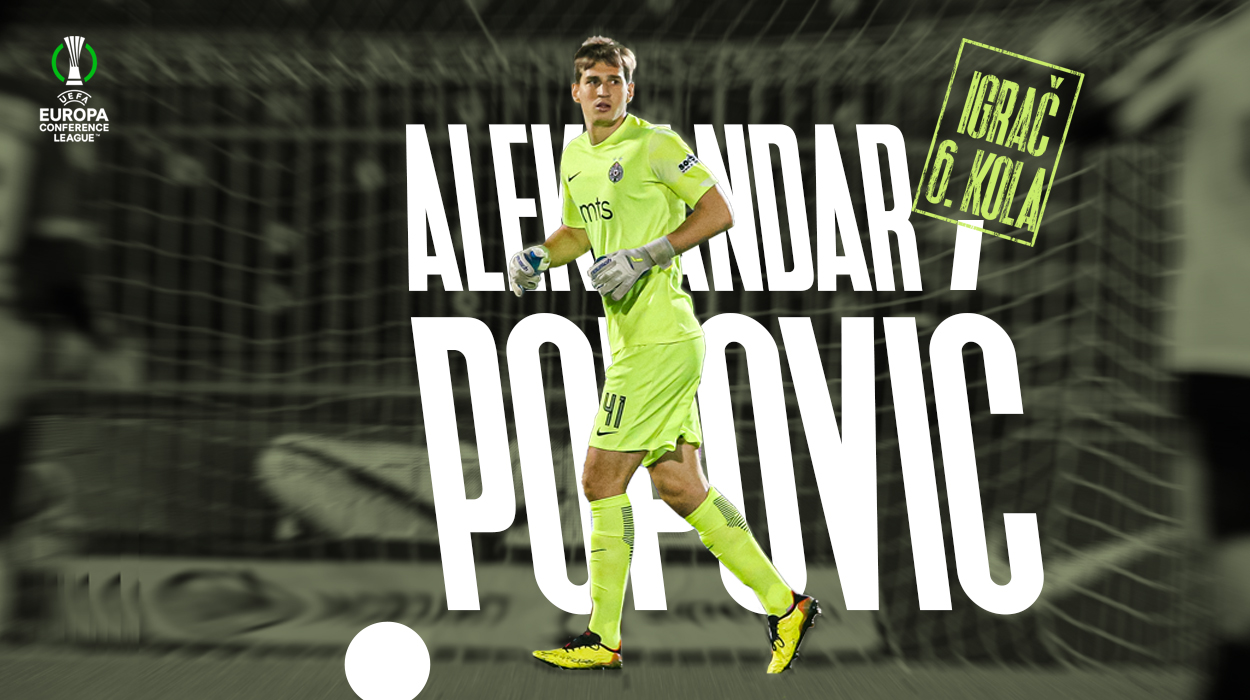 Soccer Bet company 50,000RSD check will be handed over to Popovic who will pass it on to Budi Human Charity and FK Radnicki Nis physio Marko Stankovic.

“I`m glad our fans can vote for the best player of the gameweek via their phones and Partizan app. I would also like to thank Soccer Bet for our joint charity work.

This check will go to Marko Stankovic, Radnicki Nis physio, who is suffering from Leber disease. His eyesight is on 20% and he needs to be operated on.

You all know rivalry and battle for points on the pitch is massive but off the green we are all humans with less or more success and problems. Therefore, I would like to call on other teams and individuals to donate as much as possible and help Marko.

I would also like to thank Partizan fans for picking me in a game of great significance for our club and Serbian football overall. We will try to win our next European tie and continue our European mission. We`ll be even stronger come January”, said Aleksandar Popovic.

50,000RSD Soccer Bet check will be handed over to Popovic ahead of the Wednesday`s Partizan training session.