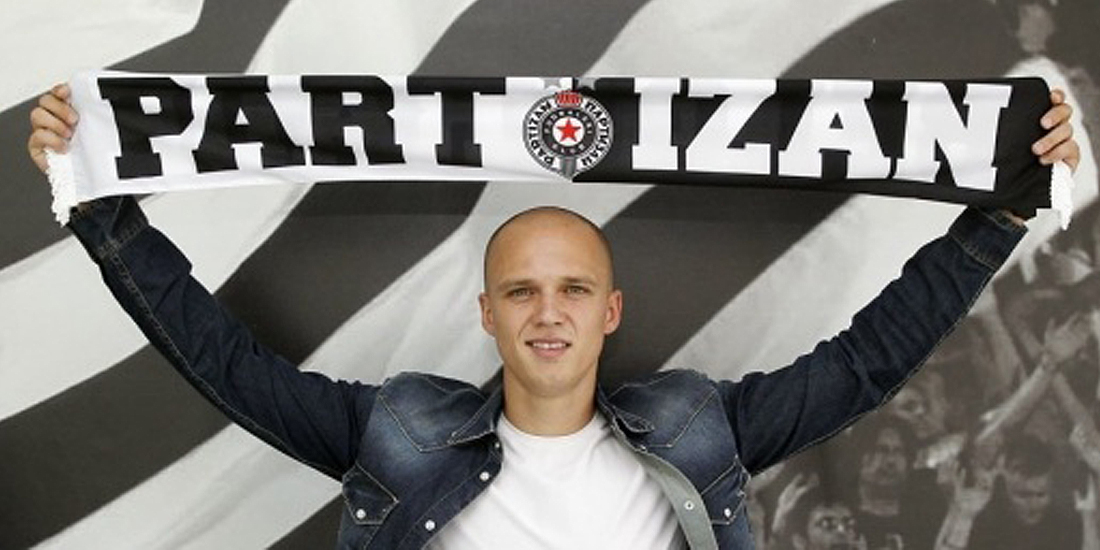 28-year old Partizan goalkeeper Nemanja Stevanovic signed a new two-year deal with the club. He moved to Partizan in 2016 and won a double with the club in his first season.

Stevanovic also had loan spells with Teleoptik, Rad and Cukaricki.

-I`m here four years now and I`m free to say it`s like  15 years of life and career after everything I`ve been through – successes, declines, loans, returns, injustices, disappointments and wins back and forth.  It`s never boring here. Partizan is great life and football lesson, says Stevanovic.

-It`s hard to handle it all. But, if you have your family next to you and if you are aware you did your best, it`s not your fault when things are bad, even when you are at your best. Basically, you can easily cope with all such troubles as a result, there are no regrets.

You were one of the key players few seasons back when you stepped in for injured keeper Kljajic and helped the club won the Serbian Cup.

-Whenever I was presented with the opportunity I did good job. Of course, you need to be physically and mentally ready for it. Not everyone can do it  – not being between the sticks for several months and then playing important games as if you had a continuity.

How was it for you on loan to Cukaricki when you played against your Partizan teammates?

-One of the things I learned in Partizan is that there are no emotions on the field. I have one thought and one desire, even when I play against my mates – I`m hundred percent there to win and not to concede.

You goalies stick together?

-Well, we live through same troubles (laughs). We are always together and healthy competition is always welcome. Personally, I always had best friends among goalkeepers.

Young Aleksandar Popovic is first-choice goalkeeper early in the season. What do you think about him and what do you advice him?

-Popovic is young and talented keeper. It`s on him to work, train and justify the trust put in him.

You are well-known penalty-kick stopper. Do you regret not getting the opportunity to be part of the cup final and penalty shoot-out that followed? You also came on for a Eternal derby game?

-I saved quite a few penalties in my career. But, looking back at the cup final, Vojvodina players were spotless from the spot. Stojkovic did well to try and stop them but they were all neatly taken. As for the Eternal derby, I had no problems coming in. Each and every game is the same for me – derby, Europa League or a meeting against a third-tier side.

You signed a new two-year deal with Partizan but did you want to try yourself out elsewhere upon your contract`s expiry?

-I extended the contract but it`s true I wanted to go abroad. I had an option to move to Turkey but things didn`t work out. Therefore, I couldn`t wait more, for my own sake or for the sake of Partizan. I`m here now and I`ll be 110% in all training sessions and games, as I always was. We`ll see how the season develops. I`m here to help the best I can.