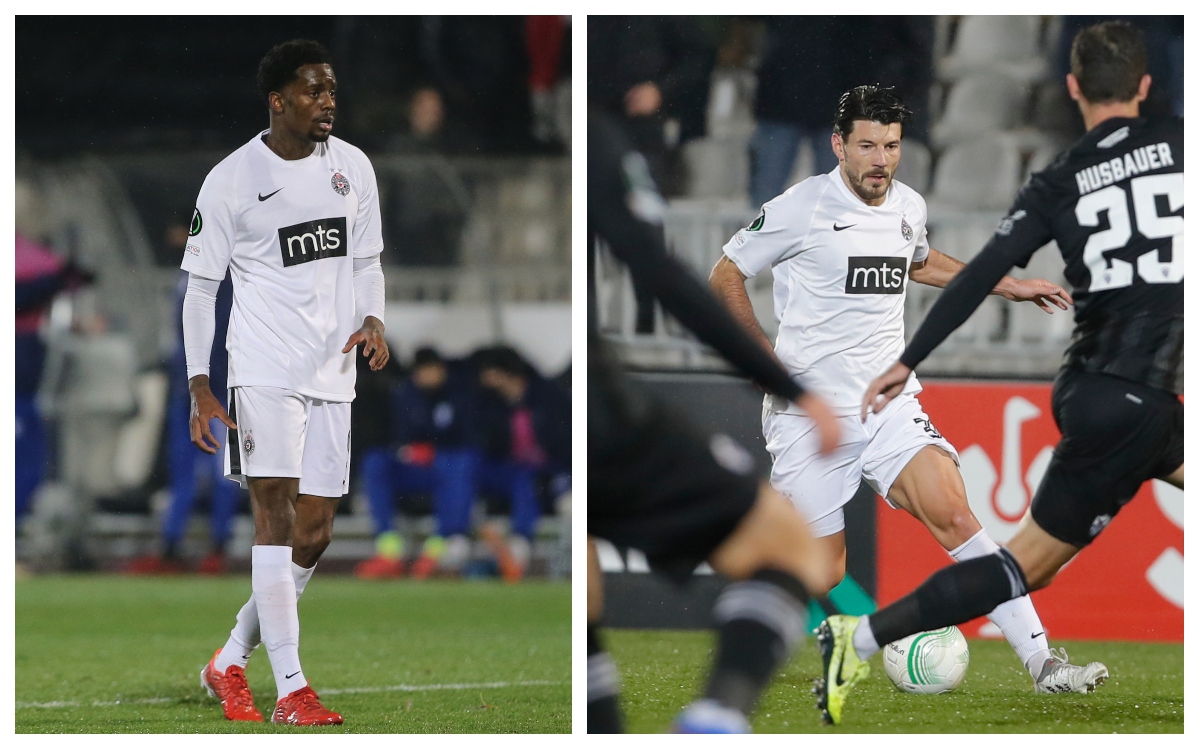 We spoke to Partizan  versatile midfielder Milos Jojic and tireless winger Queensy Menig after the Anorthosis game and Partizan`s progress to the next round of UEFA Europa Conference League.

“This was our aim when the draw came up. We started the group stage well, with two wins but lost to Gent at home followed by an away draw. We made things slightly more difficult with a defeat suffered in Estonia but we played one fine competitive encounter today. We didn`t win but a point was enough for us to go through to the next round. I`d say I`m quite pleased how we looked down on the pitch, on a quite hard turf. Due to a poor playing surface, we had to play long balls mainly and we had big midfield battles as a result. At the end of the day, we did our job and we have to be pleased as our target is achieved. You can`t have a fine game of football each and every week and you can`t win all your opponents with big margin. Nowadays, everyone is capable football-wise, everyone wants to win. I`d like to congratulate my teammates on their fighting spirit and passage through to the next round”, said Milos Jojic.

“That`s the strength of Partizan, young players coming through the ranks and getting their significant playing time with seniors. Ricardo couldn`t make it and Marko got his opportunity. He played well in the previous two games, cup tie against Dubocica and league game against Metalac and it was clear he was going to deputized for Ricardo. MIlovanovic played a good game and got rewarded by scoring a goal. I`m happy for him as he is diligent hard worker on a right path. He just needs to keep working and I think he`ll become true striker of great use for the club.  Lazar Pavlovic also played a great first half as well as last few games. Same goes for Jovic. They are all young but they get lots of playing time and they should use well every minute spent on the green. I was happy to see three bonus home-grown players in starting eleven”, said 29-year-old midfielder.

Partizan will play one of the Europa League group stage third-placed teams in the Conference League play-offs.

“It`s too early to talk about it. We need to focus on remaining two domestic games. Europa League is stronger compared to previous seasons and our opponent will be one fine football name. We`ll take a look at all the teams on display, there`s enough time to do so”.

Do any of the Partizan youngsters remind you of yourself back in the day?

“I see it in all of them as I was young once and went through all they are going through now. I believe lots of things are happening in their heads, when you play or when you don`t play, lots of questions come up. It`s all regular stuff, you are in the process of adaptation. Jovic and Pavlovic are with us for some time now while Milovanovic joined us recently. He got his playing time lately and seized his opportunity well. There are more youngsters we expect to join us for winter preps and those who seize their opportunity will  be with us more often”, said Jojic.