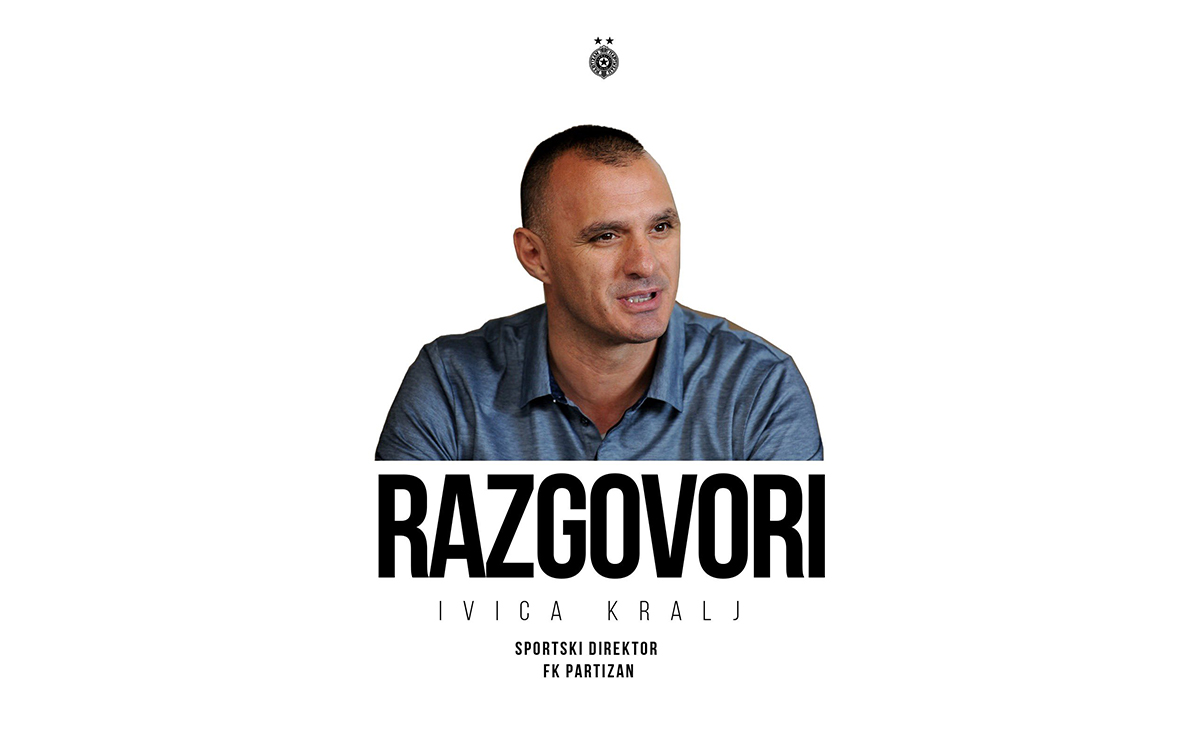 “Obviously, this role requires great responsibility but it`s something I always wanted. I feel relaxed as it might be that I expected this as a logical step forward. I never had shortcuts in my career; it was always the other way around. I was here as scouting director for past five years while Ivica Iliev did a quality work as sporting director with many good moves behind him during his tenure. I`m in his boots now and sporting director needs to have a communication with club`s youth academy, so you can expect me more at the team`s sports centre these days. Moreover, I know first team coaches Petric and Nadj for decades now and that`s going to ease our communication regarding senior team”, said Ivica Kralj.

Former Partizan and national team keeper knows all about pressure package awaiting him.

“When you are part of the public scene you have to get used to a pressure. When I was a player, pressure was abnormal, the game result depends on you I think you can`t get more pressure than that. Now, at this post, everyone will look all my moved under the microscope. I was never afraid of it; actually it`s more of a challenge for me. It`s on all of us to work as a group. Lately, we witness strange things in and around the club but that`s peripheral for me. We all need to turn to Partizan and make it all work. It`s my desire to see some former players come back to the club. I worked with and I`m friends with Ivan Tomic, Bata Mirkovic, Predrag Mijatovic or Milivoje Cirkovic and I would really love to see them part of the club in some capacity, as they feel suited. No one here should be tied to former, current or future club management. Well, you can only imagine what I went through here, from Partizan youths to this day. We are all tied to Partizan, not to certain individuals”.

Ivica Kralj says he didn`t receive any displeasing messages regarding his new job.

“No, I have to say. I did receive lots of messages but they were all positive and sincere I hope. We all understand the season didn`t start they way we wanted but we showed ability to pick up. I`m convinced we can only grow and show more quality”.

Summer transfer window is finished but the winter one is already on the way.

“Transfer windows last all round the year, kind of. I would we perfect if we could have a good ideas for winter transfer window already or next summer`s one as qualifiers come up soon enough. It`s on us in sporting department to have a look and analyze all those players and to see with Petric what`s his idea, what kind of players who wants for his system…I have no doubts we`ll have adequate signings working with our scouting network. On the other hand, much depends on departures and finances, what we can afford really. It`s easy to find good and expensive players, you don`t need much brains for that, but we simply have to find a player who can meet our financial abilities while he`s good performances can lead to a lucrative transfer for him some time later. We had several transfer of 7 or 8, even 10 million Euros and that`s fantastic for us in these conditions. For example, our recent rival Nice invested 150 million Euros in this transfer window and they want to rub shoulders with PSG in two or three years. Now, when you look at their financial abilities and ours and remember we matched them up in a recent game…We showed we can be competitive and we showed we have a quality to compete in Europe”, said Ivica Kralj.