Ivan Obradovic: Football is a privilege 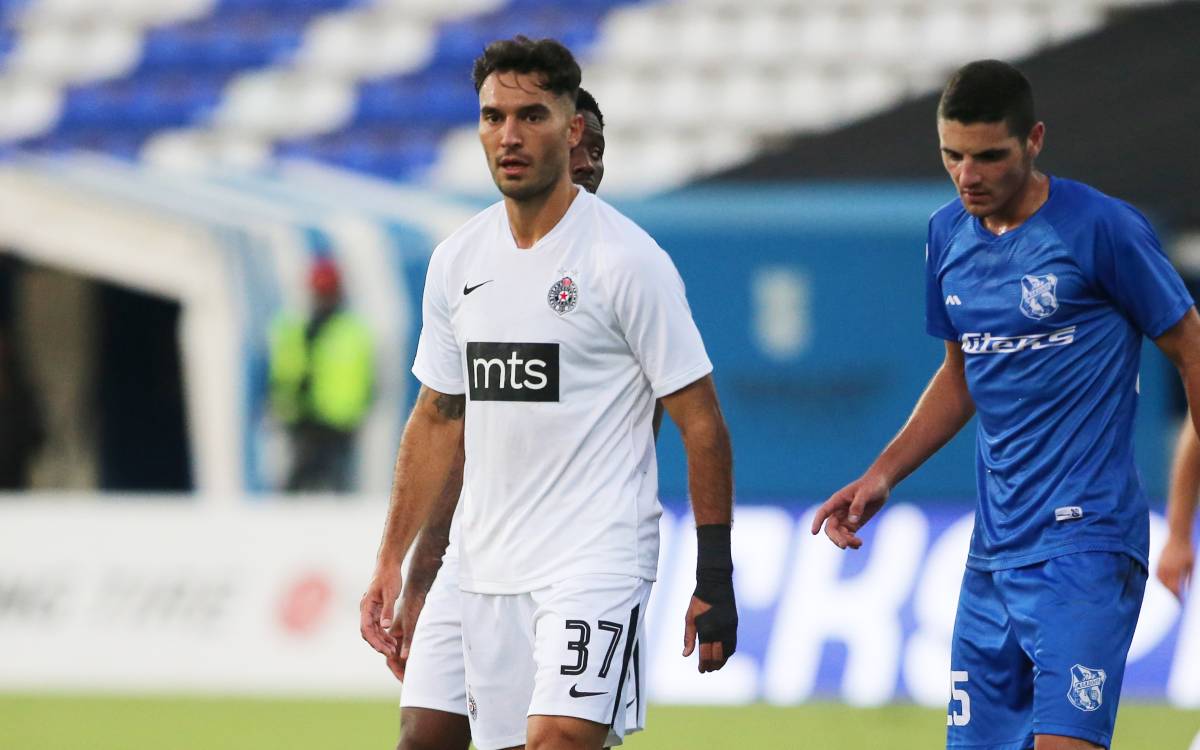 After suffering an injury early in the season, Ivan Obradovic returned to action towards the end of August and  often deputizes for left-back Urosevic in both domestic and European games. Last night, he assisted to Ricardo`s opener and doubled Partizan lead himself after pouncing on a rebound inside 6-yard box.

Last season, you scored your only goal at home to Mladost, now you scored and assisted away to the same outfit?

“I didn`t actually realize the only goal I scored last season was against them and now I got a goal and assist. Of course I`m thrilled with it, especially as we won with me contributing. I`m glad Ricardo extended his goalscoring streak as well. But, it`s important we won and move towards our goals”, said 33-year-old Obradovic.

Partizan had squad depth and it looks like it`s a healthy competition?

“That`s the key regarding all these good results from the start of the season and those we achieved towards the end of the last one. Everyone pushes everyone else forward, all players give their best and we are all here to win trophies. Competition is healthy and we all support each other at all times. That`s what really matters”.

Fixture list is congested, Eternal derby is behind us. On Sunday, it`s Spartak home followed by Flora home on Thursday.

“Games before and after the derby can be very uncomfortable, both physically and emotionally. Derby really exhausts you but that`s how it is when you play at Partizan. We have two games a week and we have to win them all. But, we accepted such pace and there`s lots of us who returned to Partizan lately, we know how it is playing here. Everyone is hungry and focused”.

Talking about being hungry, you changed your nutrition. How did it happen and how do you feel now?

“I`m 33 years old and turning 34 next summer. You feel things, it`s a long mileage behind me (laughs). I had a long career and I`m a used item, so I take watch closely how I sleep or eat and I do injury prevention every day. I invest in myself and I want to enjoy in this moment. Football is a privilege, that`s what I like to do and I want to last as long as possible”.

Some are underestimating Estonians Flora but they keep achieving comfortable wins domestically and they have 6 or 7 national team regulars. What do you know about them?

“We didn`t discuss Flora yet as we have Spartak on Sunday, they are one serious team close to the top. We have to be fully focused for that game to start with, try to win it. After that, we will have time to get ready for Thursday. Flora is dominant in Estonian league, they have lots of internationals. We`ve seen Gent winning 1-0 away to Flora only. Every European game is special and we all know there are no easy hurdles there”.

Your roommate Jojic took the corner-kick you scored from eventually.

-He took it but I don`t know who got the head touch before I scored. I was there where I needed to be, that`s what we practice and the ball came to me. I`m thrilled I scored”, said Obradovic.