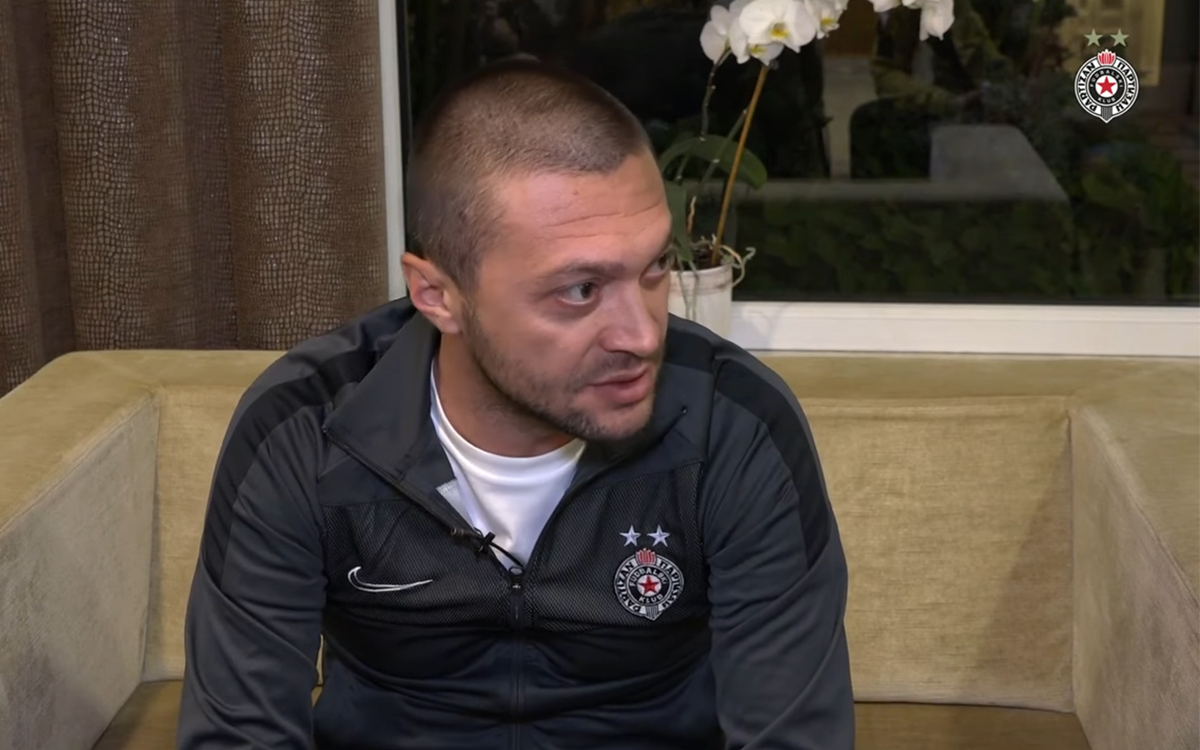 First of all, Iliev was asked of his impressions on Partizan pre-season so far.

“I`m here for six years now and I`ve seen around dozen pre-seasons . I`m not someone who takes much note of results during preps. In the past, we had good and bad results during pre-season but it often meant nothing once the season starts. I`m glad players look good fitness-wise, the whole team, and I liked what Partizan kids offered in a last friendly, they are our future. They showed they are no inferior to senior players. I`ve seen lots of good things and all that makes my quite happy, to be honest. Moreover, our squad is not completed yet – Holender is on extended break, Ricardo only joined us and we expect at least one more arrival”, said Ivica Iliev.

How many more players do you need to have a team you are happy with?

“I think we are almost there with arrivals of Ricardo and Pantic. Especially Ricardo, as we didn`t have a classic forward last season. We know all about Ricardo and I already said he is someone who can guarantee you good number of goals, from any angle. Most importantly, we signed him on time. On the other hand, arrival of one more player would allow us to say we have a full squad needed”.

What`s going on with Seydouba Soumah?

“He was robbed back home and all his documents are gone. He needed to go through all the paperwork in Guinea and Serbia and it`s taking it a bit long since he is not EU citizen. It`s nothing to do with him or us, we are just waiting for his return”.

“We know what is going to happen but it wouldn`t be fair to say anything publicly yet. Nevertheless, it will be positive news for Partizan”.

Julien Ngoy transfer failed in the last moment. You worked on it for months.

“That`s a painful topic. He would be our best move since Leonardo. We had a deal agreed with the player and with the club but it was cancelled just about when Ngoy was supposed to come to Belgrade. I`m not sure what happened”.

There are rumours of Vojvodina`s Miljan Vukadinovic coming tom Partizan.

“He`s a good player and has been mentioned as possible signing for year now. I don`t like to talk about players who didn`t sign for us. All I can say is we are looking to complete the deal with another foreign player at the moment”.

Centre-back Macky Bagnack left. Do you need another central defender as a replacement?

“Boss Stanojevic and myself, we talk about every detail, every single day. We moved two Partizan young centre-backs into senior team, Djordjevic and Subotic, and you all know Partizan had lots of success with the academy defenders in the past. These boys will get their opportunity during pre-season and one of them will have a chance to join Partizan defensive lines”.

We heard about offer from Saudi Arabia for keeper Stojkovic.

“As far as I know, nothing is completed yet. I know about the offer and we`ll do everything needed on our behalf in agreement with Stojkovic. He is the legend of our club and Serbian football, we`ll see what his desires are once the deal is on the table. It will be his decision”.

Partizan plans to reduce the budget. Players like Markovic or Zdjelar, are they allowed to depart?

“After Covid-19, we cannot weather economic pressure regarding wages. That`s something we`ll talk about with certain number of players. But, that doesn`t mean we are not counting on them, they are still players we expect big things from. I have high opinion of all of them”.

Boss Stanojevic insists Igor Vujacic is not for sale. What about youngster Nemanja Jovic?

“Jovic is Serbian international now and I hope he`s here to stay. I`m happy with what I`ve seen regarding Jovic. He is a new player after international duty. Imagine we signed him now – we would all say how great job we`ve done. He knows what we expect from him”.

Jovic and Milovanovic compared to yourself and Delibasic back in the day?

“I can already see they are better compared to us. I think both will have great careers, better than Delibasic and myself”.

Do you have a classic number 10 in the team. Do you need one at all?

“That playing position is gradually disappearing. Football game changed pace lately. You look for runs, speed and number tens are fading away, unless you have someone extremely good. There`s always room for such player”.

Do you expect any more departures?

“Transfer window is ongoing thing, you never know. At the moment, we don`t think there`ll be any departures but anything can happen, even tonight. In general, transfers are scarce as European Championship is taking place. I expect full transfer speed afterwards and I`m sure we`ll be under even bigger pressure then”.

Hoe satisfied you are with this team`s quality?

“I sure am, after talks with boss Stanojevic. We had good streak of results last season but we need that something for bigger things. We cannot sign two or three players for one playing position as we will burden our budget. That`s our problem, we have to find that new foreign player every season and to hit the note all the time. Last season, we failed with Bahebeck. Unfortunately, he had constant injuries and problems”.

Did you speak with boss Stanojevic about how much crosses of right-back Zivkovic could mean to Ricardo?

“Zivkovic is excellent last season`s addition. Unfortunately, he`ll not be available for first two European games due to suspension. Ricardo is top quality forward and in his first term with Partizan he scored 26 from all sorts of angles, from individual efforts, outside the box, inside the box, headers…”.

Are you going to continue with practice of getting players from big clubs such as Arsenal, Roma or PSG?

“We did great job with foreign players in the past, lots of clubs want to work with us as a result. After Sadiq story, clubs offer us players who are on loan to other clubs. We found one Roma player interesting, the others were not the ones who make the difference. But, last month option regarding Roma player fell through. We`ll continue with this practice in the future”.

How`s the financial balance been taken care of?

“It`s not my part of the job, but I`m glad President Vucelic and General Director Vazura take care of economics in a best possible way. You all know about transfers we did in the age of Covid. I might say we did the best business in the region. But, we must not rush things or take risks”.

You said once how sorry you are Ricardo and Soumah never got the chance to play for Partizan together. Can we expect this option to come real now?

“I remember pre-season they had together, here in Slovenia back in 2018. They had great mutual energy. I was hoping them two were going to be the best duo Partizan can offer. What going to happen next season, I really don`t know. It`s hard to say”.

Finally, who do you think will win European Championships?

“I supported France and believed they would win it. Now I read England is favourite to win it. They have a good route, England beat poor form Germans and they look so close to reach the final”.