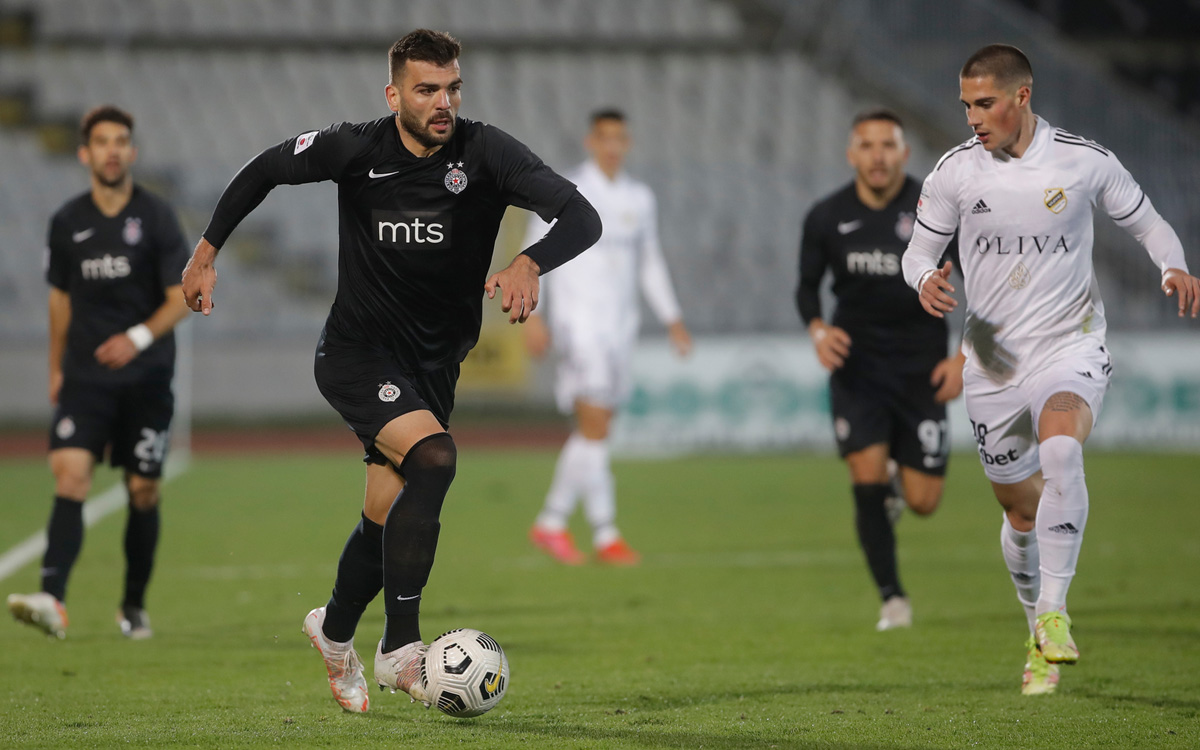 Partizan beat Cukaricki 2-0 with first half goals from defenders Vujacic and Zivkovic. Igor Vujacic opened his league goal tally with a 33rd minute header and we spoke to 27-year-old centre-back after the game.

“This was one very tough and demanding game. Cukaricki plays really good football. We played well too, I think fans were in for a treat. Most importantly, we won and added three more points to our tally.

As for the goal I scored, I was over the moon with it and you were all able to see how thrilled I was the way I celebrated it. We work on set-pieces a lot and I`m always so close to score. I believed in myself and I got rewarded. I scored an opener in a tough game, helped my team and I can only be happy about it. I hope I`ll score more in the future”, said Vujacic.

“It`s was a great honour and privilege to meet such club legend and to play against his team. My heart is full with pride”.

Partizan will play K.A.A Gent away on Thursday as part of UEFA Conference League round 4 fixtures.

“We turn to Gent game now, another tough match in a row. But, we showed we can match them and I hope we`ll celebrate in Belgium and gain back group`s top spot”, said Vujacic.