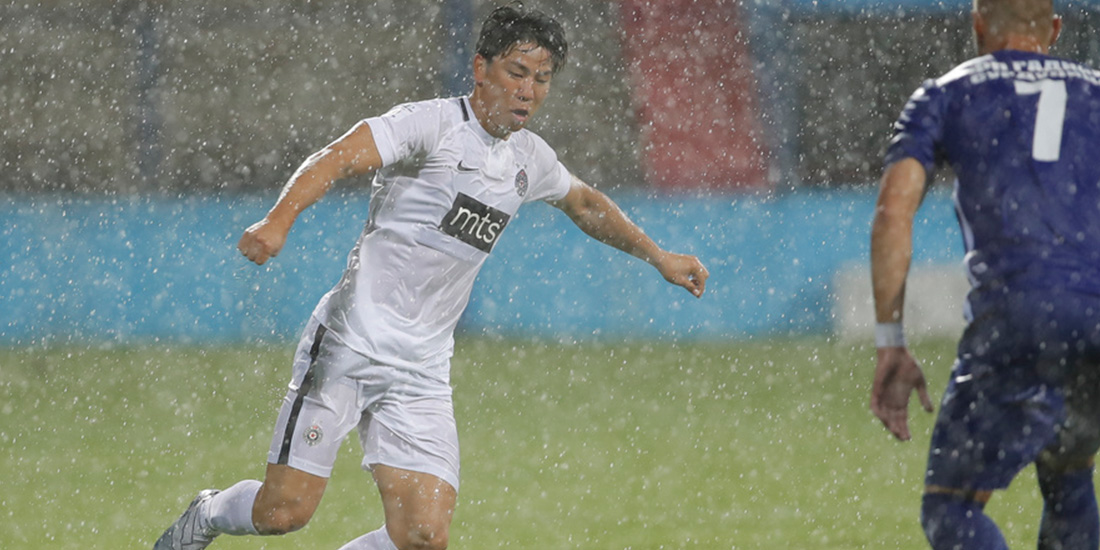 Partizan won Radnik Surdulica away with a second half goals from Asano (`60) and Sadiq (`90). We spoke to 25-year old Japanese winger after the game.

Jaguar is out there again?

Media pundits say that Partizan second half subs were crucial this time around?

-We are all starters and we are all bench, it`s one team constantly together. It just depends on how ready we are individually, how we start the game and how the opposition sets out. It`s not a video game. Even you play a video game, it`s not easy to win, not to mention actual people in front of you on the field and you never know how it`s going to look like out there. But, I`m so glad Stojkovic came on and send a cross for me to score a goal. He`s a good player and he will help us a lot if he keeps training as he does. As for the goal itself, I made a quick decision to chest the ball in and it proved right. At the end of the day, It`s important Partizan wins.

How did you deal with everything that happened around Partizan in the past 10 days or so?

-For me, coming from a totally different culture, some things and reactions in Serbian football shock me. I try to understand it but I don`t get it why everyone on the dugout is mad and angry if we don`t score early? Such tension and anger transfers into the half-time dressing room and the pressure is enormous. I think to myself “come on guys, we have second half, we`ll do it, we`ll fix it, just be calm and positive”. Everyone tries to explain that you are temperamental people, it`s simple as that, therefore tension has to be there…We joke around how we should try certain Japanese technics, like martial arts…It`s important we transfer positive thoughts and energy to each other, that`s nature`s call.

-I like Belgrade and I`m used to it now. I had no much time to get around as I needed to get ready for the new season. I think Partizan has potential to fight for the title and it`s important we left all the bad things behind us. We are getting ready for upcoming games, we are not allowed to lose and that`s one neverending struggle.

You are away from your family for quite some time now?

-That`s right and I really miss them. I hope I`ll see them when we have international break or any other break of sorts. I work hard, have enough time for recovery and this is simply one sportsman life I`m having here.