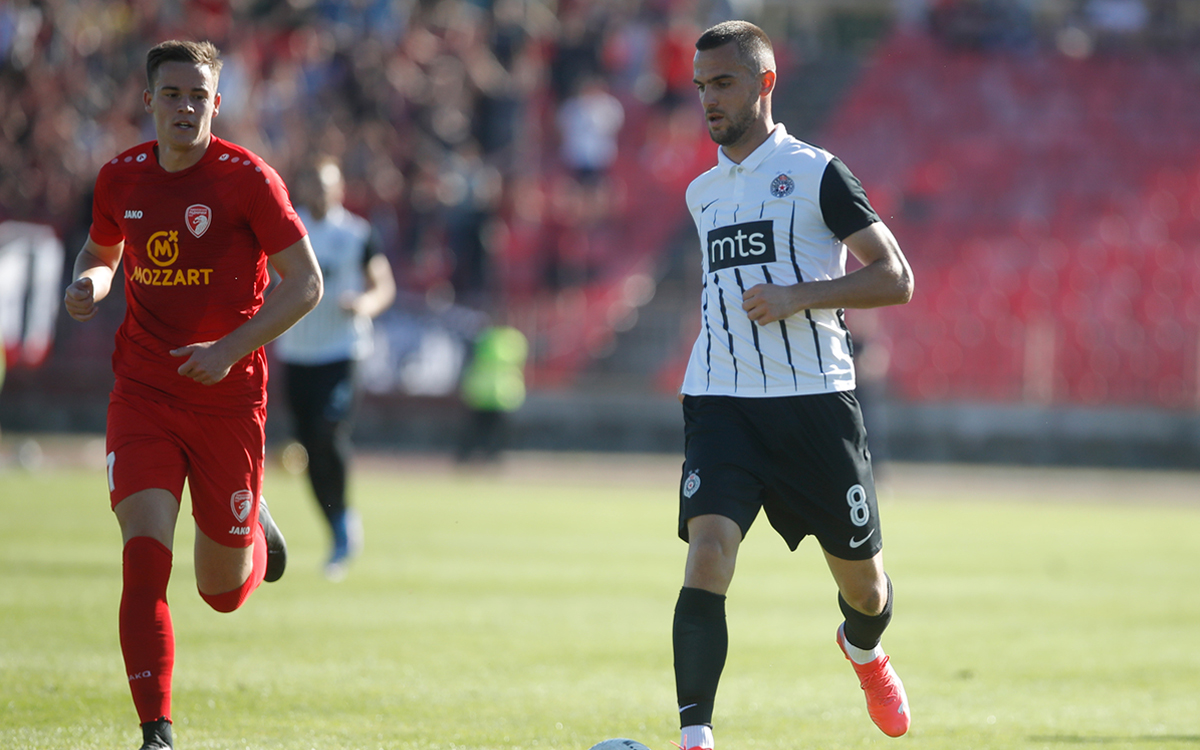 Partizan won three points away to Radnicki 1923 and we spoke to one of the goalscorers in a 3-1 win, Filip Holender, after the game.

“We conceded on 9 and it was far from simple after that early goal. But, that`s football, we had to react. It`s never easy, especially when you play away. Radnicki played good game but our endeavor, desire and pace led to result turnaround by the end of the first half. That shows we are a good team. It wasn`t a walkover but I`m thrilled with this win”, said Holender.

“Tough fixtures are coming up – one in Europe followed by Eternal Belgrade derby and more challenging domestic matches. It won`t be easy but we are ready for it all”.

“I wasn`t on the pitch when Queensy came in but what I`ve seen from the dugout was great. There`s lots of games coming up, opportunities for him to prove himself but I`m thrilled for all of us, Menig included of course. We are a team and that`s how we need to think all the time”, said Holender.