Filip Holender: Pressure is part of the package 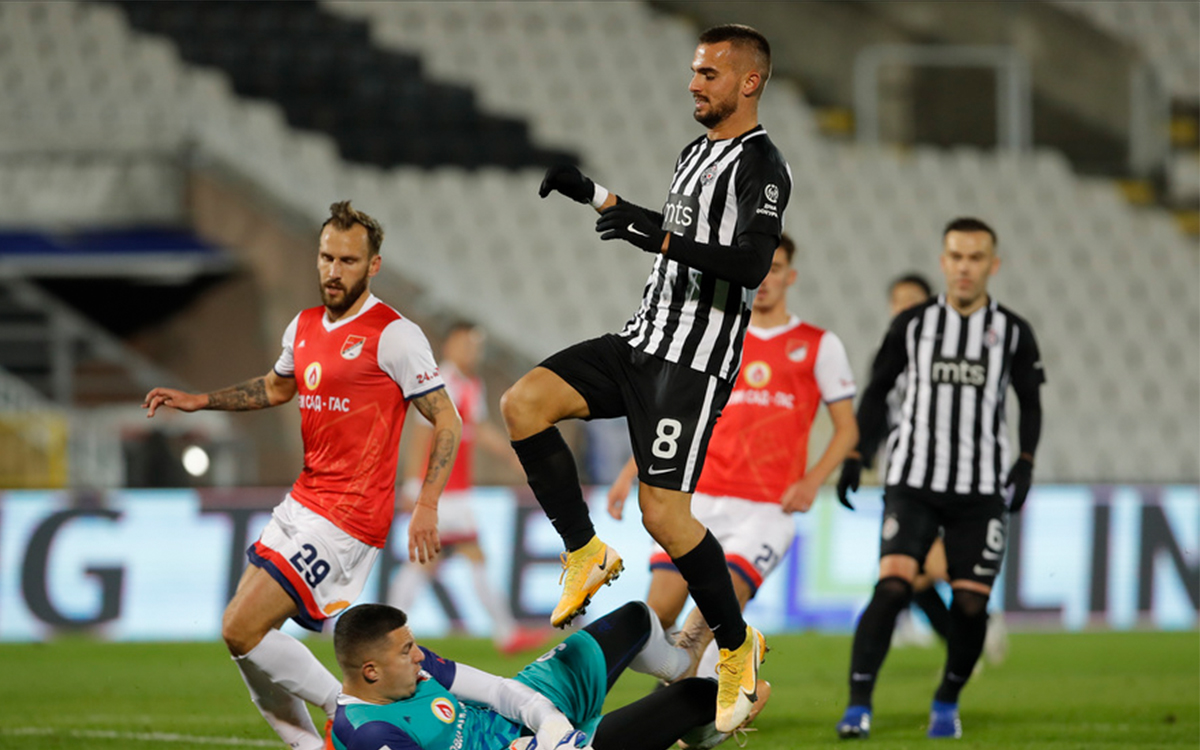 Filip Holender joined Partizan after October international break but an injury sustained in Hungary shirt prevented him from making an Eternal Belgrade derby debut. But, over the following three weeks, 26-year old winger/forward hinted what we can expect from him, scoring an injury time winner against Proleter last Saturday after missing a penalty-kick on the hour.

-This is my third game as a starter and I`m happy for the goal I scored. As for the penalty, well you have to forget it. Things happen but player need to keep going, have a cool head and to look for new solutions to score. When these things happen, it`s not pleasant for the team, coaches or fans but the whole team has to believe that the goal will come. That how it was on Saturday, we believed and boys were as one on the road to three points, said Holender.

You are not classic number 9. What is your favourite playing position and who do you like to be paired with?

-It`s true, I`m not a classic number 9. I love to play next to classic 9 player, someone who creates space for us to come forward from flanks or midfield area.

You missed Eternal derby due to an injury?

-What can I say now? I`m sad I missed it and sad we didn`t win it but we`ll play at least one more Eternal derby this season.

You`ve been here for three weeks only.

Hungary made it to European Championship.

Fantastic success and experience. I`m over the moon for Hungary to qualify for such one great competition. Play-offs were great experience too.

Partizan is away to Metalac for a midweek cup game followed by TSC away in a league over the next weekend.

-Pressure is part of the package and that`s normal. We`ll try to keep winning.