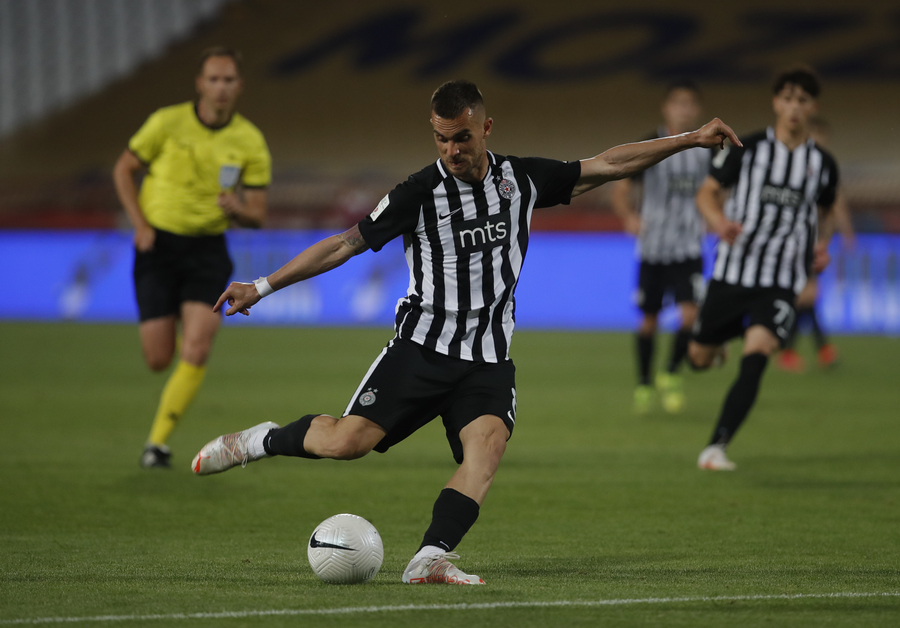 Partizan winger Filip Holender is back with the squad after taking part in EURO 2020 with Hungary.

“It was one phenomenal experience for me. Huge tournament of high reputation and it was quite exciting all the way, from the two-week preps down to the first game. Of course, it would be even better if I got the chance to play but it was a big honour for me to be part of such a great team”, said Filip Holender.

“I was not surprised to see Italy win it. They looked one of the favourites from the start and had a great team spirit”.

You had extended break due to EURO 2020. In the meantime, Partizan signed forward Ricardo Gomes for his second spell at the club.

“I had enough time to rest and I had individual fitness exercise with physio Misa Filipovic from 9th of July onwards, just when the squad returned from Slovenia camp. I feel great though”.

“I watched Partizan friendlies and Ricardo`s arrival. I also looked back at his goals he scored in his first spell with Partizan. I`m happy he`s here, you can clearly see he is a great player, Ricardo will mean a lot to us”.

Domestic championship and Conference League are soon to start.

“Domestic championship is just around the corner! We are away for the first two games and there`s round 2 first leg of Conference League to play as well. Personally I`ll do my best to fit in although I didn`t took part in Slovenia pre-season but it`s important that the team itself is ready. We are gradually picking up pace and, God willing, we will have a good start of the season and many European encounters to play”, said Holender.