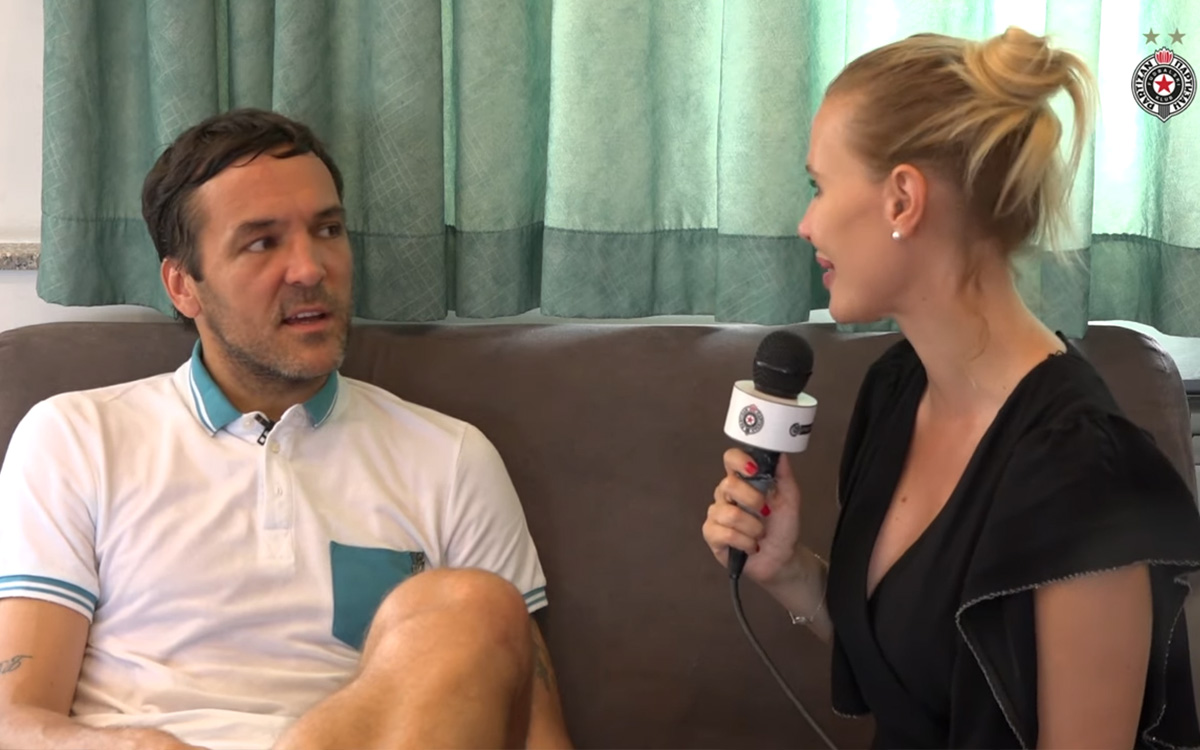 Vladimir Stojkovic signed a one-year deal with Al-Fayha and will join his new club by the end of the week. In the meantime, 37-year-old goalkeeper said his goodbyes to his old teammates and was left in tears after the farewell party at Partizan-Teleoptik sports centre.

“I was scared of this moment but it had to come and I had to go through it and keep on my feet. There were talks of my departure since the beginning of June and the day has come. I really dreaded this day but this is something new for me, new energy. Here, I helped as much as I could and breathed for Partizan 365 days a year. I had good and bad moments but I `ll remember only the good ones”, said Vladimir Stojkovic.

Stojkovic made 285 Partizan and 84 Serbian national team appearances. But, he is ready for new challenges and aims to be even better in his future exploits.

“When you are born with such a character, it can never fade away. I remember when I was a kid back in my hometown of Loznica, playing with deflated ball, it was always the same for me. When you are a professional you have more duties but when you walk out onto the pitch, the character is all the same as much as desire to win. There are new challenges coming with each new day. My next step is to show I`m still the best and I feel physically impeccable, I do preventive exercise before and after the season”.

Boss Aleksandar Stanojevic also found hard skipper`s departure. He worked with Stojkovic in both of his Partizan spells as well as in Maccabi Haifa.

“I played under Stanojevic since 2010, three years in total. Nothing has changed, he`s still the best gaffer I worked with in my career”, said Stojkovic.

“You cannot buy that kind of feeling, nothing can replace it. When I see such true respect, it`s a sign I did something good”.

Stojkovic also spoke about his Partizan successors between the posts.

“I am happy to see lads like Popovic at Partizan. He was smart, well-mannered from the day one, he listened and learned. It was nice to work with him and he watched and picked things up along the way so that he can help Partizan as much as possible when I`m not around. Stevanovic breathes for Partizan too. I`m sure he would sacrifice everything to help the club. I remember watching 2017 Serbian cup final, before my return to Partizan, he played it and I got to meet him couple of days before that final. We have some unforgettable moments together. I`m sure he will help as much as he can”.

Stojkovic`s teammates Markovic, Smiljanic and Zdjelar surprised their captain with a cake today.

“Smiljanic was crucial in my initial arrival to Partizan. If it wasn`t for him, I don`t know what would happen. Markovic was there in 2010 and matured into serious player and team captain. Zdjelar arrived in my second spell here, a massive Partizan fan as well. I`m glad all of them are here as I know they are players who truly love Partizan”.

In Saudi Arabia, Stojkovic will work with coach Vuk Rasovic and his assistant Ljubisa Rankovic, both former Partizan players and coaches.

“Two massive Partizan fans as well. Previously, I worked with Rasovic for a couple of months, we were top of the league halfway through the season and we parted ways. I`m sure I`m in safe hands and we will battle together in Saudi Arabia now”.

“We started amazingly well, I`m over the moon how this team looks like. These chaps deserve the title, most of them are here for a long time now, they struggle for two long to win it and I believe they will be rewarded with a title this season”.

“I`d also like to express my respect for club`s medical department. They were always there for us. PR Biljana Obradovic battled for us day and night as well, felt every pain we had. All the people here, cooks, waitress, coaches, everyone at the club…they were all there for us”, said Stojkovic.